On A Sticky Wicket 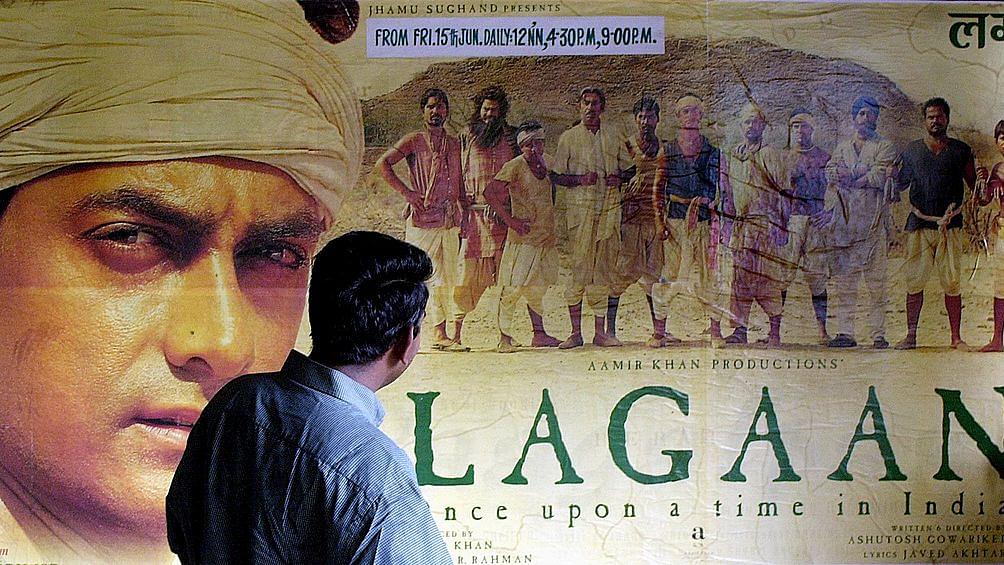 DIRECTOR TONY D’SOUZA’S Azhar, which released on May 13, pretends to be subtle at the outset. The main points in the verbose disclaimer are that the film is not a biopic, and resemblance to any real-life event is merely coincidental. If Azhar is not based on the life and times of the former Indian skipper Mohammed Azharuddin, who is the man behind the transparent mask? The road leads to him, which should have resulted in an excel- lent, even if disturbing, cinematic experience.

Few need to ask why. Born into a modest Hyderabadi family, Azharuddin could not escape public scrutiny after he left his first wife Naureen for model-turned-actress Sangeeta Bijlani. An elegant batsman, whose use of the wrists was a sight for the gods in the 1980s and 90s, he led the Indian team for a considerable period. The world was shocked when he was implicated in the match-fixing scandal in 2000, which need- ed to be detailed on film with the sort of seriousness it deserves.

Azhar, however, is a hagiography, poorly written and directed, in which courtroom scenes exploring the match-fixing case are shown in a fast forward mode. Emraan Hashmi as Azhar is sincere but ineffective. Prachi Desai and Nargis Fakhri as Naureen and Sangeeta—no second name for her, as is the case with Ravi, Sachin and a few others—are terrible and worse, respectively.

Every minor character is so sketchily written that their collective contribution doesn’t extend beyond adding some nebulous plot points in a cinematic plea aspiring to establish the innocence of Azharuddin among the masses that once adored, and later hated him, in equal measure. After all, let us not forget that the life ban imposed on him might have been lifted in the long run, but the judicial decision failed to erase the memories of Azhar’s fall from grace that threatened to devastate Indian cricket.

What might have been a retention-worthy memory has been turned into a masala mix by marketers of escapism seeking to glorify a controversy-tainted cricketer. But even though the makers are guilty of messing with such an important subject, their B-grade potboiler is hardly the only disappointing cricket film produced by the Mumbai film industry.

In fact, so frequently have filmmakers fal- tered in varying degrees that cricket lovers who wish to see good cricket films have every right to be apprehensive that history will repeat it- self. Right now, two films on cricket are on the way. One of them, MS Dhoni: The Untold Story, stars Sushant Singh Rajput as the cricketer who ruled India with his long locks, self-manufactured approach to batting and fashion sense.

Dhoni is in the December of his career, and his present form gives no indication that a new January is round the corner. But what is huge, particularly in small-town India, is the fan following he continues to enjoy. In other words, even if the film isn’t made well, producers Arun Pandey and Fox Star Studios will be confident that the film will recover the money spent on it—and perhaps make a lot more.

The teaser suggests that the film will spend a fair amount of time in showcasing the inspirational story of Dhoni’s struggles before he made it to the Indian team. Whatever we know about that period of Dhoni’s life has become part of cricketing folklore worldwide. The rest, we aren’t aware of—hence, “the untold story”.

But will it answer critical questions like MSD’s response to his failure as a Test skipper before he retired from the five-day format? Or, how he has dealt with the pressure from his critics, who haven’t stopped reminding us that his time is up? Or, what exactly happened after the now-suspended Indian Premier League franchise Chennai Super Kings, which he captained, got embroiled in the spot-fixing and betting scandal?

Highly unlikely if not impossible—partly be- cause Arun Pandey is Dhoni’s close friend and business associate. Besides, Dhoni has been reportedly paid Rs 40 crore out of the budget of Rs 80 crore to share his story for the big screen. Steering clear of moments of unease is what he is likely to aspire for, the film being a kind of vehicle that can maintain his demi-god status for posterity.

Sachin: A Billion Dreams stars Sachin Tendulkar himself, and his son Arjun. Many Indian cricket lovers insist that Sachin is the greatest batsman the game has produced. The teaser is emotionally compelling, but will the film deal with some uncomfortable truths like why Sachin kept on wearing the Team India cap well after, as many believe, he should have retired from the sport? Not when he is playing himself. That will be tough.

Unlike the Azhar film, the two forthcoming films are offically acknowleged biographical projects. The problem: the cricketers’ association with their respective films is really close. This approach can make some interesting rev- elations and issue invitation cards to many viewers; yet, it may not deliver biopics that any discerning cricket-loving film-watcher will cherish for a long time.

We can only hope against hope that Sachin and MSD will have honesty as their driving force. The two men’s willpower, determina- tion, their ceaseless quest to reach the top and susceptibility to mistakes—are books in themselves which can answer many issues that promising cricketers as well as any lover of the game will certainly be interested in.

But if it’s all about self-glorification, the Hindi cricket film genre will be severely impacted. That will sad for a nation where the game’s hold over the masses is such that the industry could have capitalized on its popularity, unearthed ideas that led to exciting films.

Of all the cricket films, perhaps only Lagaan: Once Upon a Time in India (2001) and Iqbal (2005) have risen above mediocrity. The former had all the elements of the conventional Hindi film: a showdown between the underdog (in this case, villagers who must pay the annual tax to colonisers in spite of a drought) and the British, who would not forgo the taxes.

Eventually, the British challenge the villagers to a game of cricket for a waiver. Clueless about the sport, which their rulers have mastered, they pick up the gauntlet, learn it after a crash course and win the life-saving tie.

Lagaan was a commercial film with a stereotypical story. It packaged and marketed two viable themes: patriotism and cricket. But it fascinated critics and connoisseurs worldwide because of its minute attention to detail.

The camerawork was magnificent; the edit- ing, tight; the minor characters, wonderfully written; and each performance, noteworthy. As the protagonist, whom the British resent and who inspires the villagers to learn the game, Aamir Khan, who also produced the film, was the standout performer. Helmed by Ashutosh Gowariker, Lagaan deserved every accolade that came its way.

Nagesh Kukunoor’s low-budget Iqbal (2005) told the story of a deaf and mute youngster, who dreams of playing the game. In spite of resistance from his father, he achieves his dream with the help of an alcoholic coach. The average Hindi filmgoer rarely experiences the kind of sensitivity that Kukunoor brought to the film. Shreyas Talpade as the youngster excelled, as did Naseeruddin Shah as the coach.

With its wonderfully rousing treatment of disability—never patronising, even for an instant—it was a true celebration of the human spirit, and a standout film.

There is a blast threat in the stadium during a one-day international in which an established star going through a lean patch has surrendered his place to an upcoming player (Aamir). People cannot die. Dev Anand must intervene, which he does, unveiling his superhuman capabilities matched by few in the history of Hindi cinema. What a riot!

While Awwal Number ranks among the dumbest Hindi films ever made—which takes some seriously special effort, several mediocre others have disappeared from the viewer’s mindspace. Victory (2009), the story of a young cricketer (Harman Baweja) who tackles person- al adversities to make a statement of determination, sank without a trace and was the death knell for Baweja’s career.

Released after the 2003 World Cup, which was extremely unfortunate timing (India lost in the final), Stumped, featured Raveena Tandon as a woman whose soldier-husband goes miss- ing in action amidst cricketing euphoria. Obliv- ious of the goings-on, most of her neighbours are obsessed with cricket. Hardly noteworthy in any department, the film was clean-bowled at the box office.

Chain Kulii Ki Main Kulii (2007), starring Zain Khan and Rahul Bose, bombed. The story was centred on an orphan, who rises to stardom by using a bat, which he believes has magical powers. A boy who detests him destroys the bat when he needs it most; but, by the time the youngster realises that trust in one’s ability is more important than anything else, credibility has done a vanishing act.

Unfulfilled potential was the major weakness of Hattrick (2007), a story running on multiple tracks featuring a doctor who is usually rude (Nana Patekar), a former cricketer (Danny Denzongpa), a young couple who are about to get married (Kunal Kapoor and Rimii Sen) and an immigrant aspiring for British citizenship (Paresh Rawal) in the main roles. Patekar, Rawal and Danny were convincing, even likeable, but poor writing killed the film.

Marred by visual pomposity and an over- dose of boisterousness, Patiala House (2011) about a talented man’s (Akshay Kumar) aspirations to play for the English cricket team made a statement against racist prejudices. Kumar fans must have liked the film, which reflected in the decent box office collections. But, good business is one thing, residing in a person’s mind something else. The latter requires a lot more than instant attendance at the ticket counters. Patiala House is but a hazy memory today.

The absence of quality ideation has impeded the growth of the Hindi cricket film. A film based on Azhar’s life need not have been reduced to a farce, although it reportedly grossed Rs 6.30 crore on its first day.

As for MSD and Sachin, cricket watchers who prioritize objectivity, and film lovers with a functional knowledge of the game, won’t be satisfied if these films turn into eulogistic tributes. A biopic that tells half-truths or evades uncomfortable ones propagates myths. Of course, even some well-informed people might watch them. But they would know that a T20 outing is not a Test match.