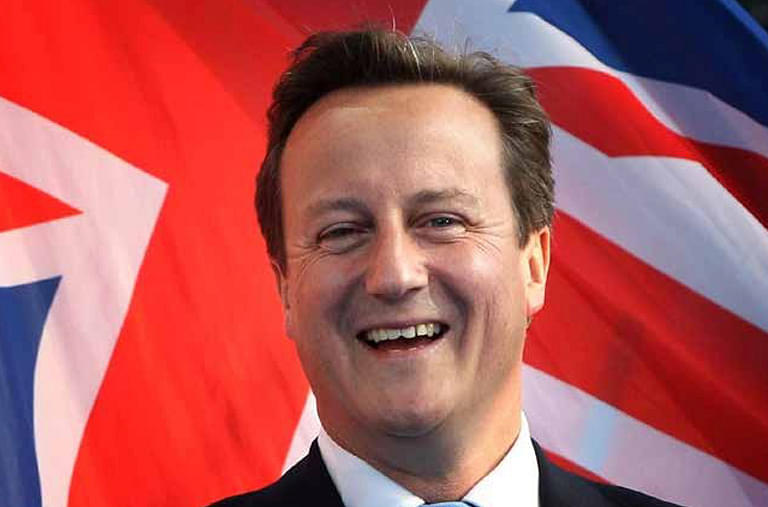 The Conservative Party’s historic victory in the UK elections holds important lessons for both India’s NDA government and Rahul Gandhi.

David Cameron led the Conservative Party to a historic victory in the recent UK General Elections enabling the Conservatives (Tories) to form the first majority government after nearly two decades. David Cameron‘s brand of “Liberal Conservatism” appears to have been accepted by a majority of the electorate.

While the BJP was quick to tweet “The UK elections show that electorates support performing governments”, the UK election results, in fact, hold significant lessons for the Modi government.

Economy will be the key driver, almost always

The positive economic performance of the last UK coalition government, characterised by growth creation (highest in the last quarter in the developed world) and employment generation (lowest unemployment in 30 years), set up positive tailwinds in the run-up to the 2015 elections. Cameron and his Chancellor of the Exchequer George Osborne had opted for sustained austerity and pain initially. In the bleak first three years of Cameron’s first term in office, discontent was rife. Poll ratings were low while the Opposition Labour Party constantly accused Cameron of being “anti-aam aadmi” and pro “bankers and industrialists.” In short, “suit-boot ki sarkar”.

Large sections of the press were unsympathetic too and repeatedly clamoured for Plan B. But Osborne and Cameron refused to stray from the path set. After the initial years of pain, rising growth and employment promised by Cameron became a reality. He was voted back to majority office.

The present NDA government in India needs to take the difficult decisions early on so that positive results may accrue in the later years.

Key reforms in critical sectors such as infrastructure, banking, and energy must be undertaken concomitantly with the war on red tape and corruption. The government cannot afford to be sensitive to criticism and may well suffer popularity dips, loss in certain state elections as well as increasing hostility from certain media who may occasionally be pursuing partisan interests. GST must be implemented. Once infrastructure is built with functioning roads, canals and electric lines, once farmers get uninterrupted power supply and the youth get jobs, the very voices that opposed the government will rise in approval. They will become natural voters.

However, it must be said that the system in the UK allowed David Cameron to make substantial changes. Unlike Narendra Modi, Cameron did not face multiple and disparate veto points such as warring state governments, a hostile Rajya Sabha (due to lack of majority) and bellicose trade unions that oppose legislation not on merit but just to oppose the government.

Poverty alleviation through handouts is past its sell-by-date

Gaining power by throwing handouts to the poor as a strategy is dead globally. Like the UPA in India, the Labour Party in the UK built its election strategy around supposedly pro-poor schemes. Labour leader Ed Milliband in fact took the party further left from where his predecessors had left it, with anti-business rhetoric and a myriad of proposed taxes such as mansion tax, and rent control which were deemed anti-aspirational. Milliband’s slogans such as “broader shoulders must shoulder more” suddenly sounded ominous to all businesses, irrespective of size and scale.

The world has changed. Milliband failed to realise that in the aspirational world of today, voters desire a better quality of life through good jobs resulting from economic growth rather than 1970s-style pro-poor schemes and handouts.

Ed Milliband’s defeat holds clear lessons for Rahul Gandhi. Like him, Rahul appears keen to take his party further left and position the Congress (and the UPA coalition) as the saviour of farmers and the poor. Rahul must realise that the traditional left, founded primarily on class struggle, is increasingly losing relevance the world over. The class-ridden society of yore is dying rapidly with ubiquitous media and technology as drivers of social equality.

Furthermore, the electorate is increasingly savvy the world over. Staying in a £2.5-million home in leafy central London and making “anti-rich” statements did not do Milliband any good, just as Rahul Gandhi’s pro-poor tears have few believers, given his choice of enormously wealthy lifestyle and peer group.

The days of politicians donning khadi to seek votes once every five years and then disappearing into their luxurious air-conditioned lives after the win are now over. The electorate today wants accountability leading to ample job opportunities, better quality of life, good healthcare and so on.

Like Cameron, if Narendra Modi can deliver growth and jobs through key economic reforms, Rahul Gandhi and his left-leaning approach will find 2019 a bridge too far.

The majority Tory government of 2015 is a right-of-centre government in its economic thinking but liberal in its social mix. The traditional Tory politician was usually white, male with an Oxbridge education and relatively affluent parentage. Cameron is seeking to change the profile of the party by introducing “blue-collar conservatism” directly linked to aspirational Britain. His new cabinet has more ethnic minorities, more women and more ministers from comprehensive and state schools than previously.

No longer, wrongly or otherwise, can Cameron be accused of inducting fellow Eton and other public school-educated friends into his core group. Sajid Javed, the new Business Secretary—previously a very successful banker—is the son of a Pakistani immigrant bus conductor who arrived at Heathrow with £1 in his pocket. Priti Patel, the new Employment Minister, is the daughter of a Ugandan immigrant shopkeeper. Cameron is trying to bring about a social mix in Conservative politics. If successful, he will cut through the class divide and redefine UK politics forever.

A year back, Modi was also swept to power, not only by the urban middle class (as widely stated) but also by a vast “aspiring-to-be-middle class” vote bank, resulting from a decisive vote shift across caste lines. Modi has to deliver to this vote bank through economic opportunities and jobs. If he is successful, BJP will be irreplaceable in 2019.

While the politics of class and left-right are moot points, one can’t take away the sub-text of regionalism and parochialism. The Scottish Nationalist Party (SNP) has clearly redefined regional politics and it is but a matter of time before the issue of Scottish independence raises its head again. In India too, having regional satraps catering to regional sentiments is a reality. Regionalism usually tends to pander to the giveaway culture, as the economy is a national subject and not a regional one.

This is true in India, be it the TMC in West Bengal or the TRS in Telangana. In UK too, SNP and the Democratic Unionist Party (DUP) are more left than Labour. And if regionalism becomes rampant, it is likely to affect the left-of-centre parties much more than the national right parties as is seen by the positive consolidation of non-left votes in case of both the BJP in India and the Tory party here.

The Liberal Democrats (LibDems), coalition partners of the Conservatives in the last government, have performed very poorly in the 2015 elections. While the positive performance of the coalition government returned the Conservatives to power with an overall majority, the LibDems were almost routed in the polls. The LibDems, historically a left-of-centre anti-establishment party, suffered an image meltdown by being part of the coalition government and being perceived to be the establishment.

Although some LibDem election manifesto promises (for example, tuition fee hike) were broken for the sake of economic jurisprudence and in the national interest, the electorate was unforgiving of the supposed betrayal. In commiseration, Cameron is supposed to have said “Politics is a brutal game” to Nick Clegg, then LibDem leader/and deputy prime minister in the coalition government, soon after the results were announced.

In summary, the new world order appears to prefer right-of-centre leadership: Narendra Modi in India, David Cameron in the UK, Stephen Harper in Canada, Shinzo Abe in Japan and Tony Abbot in Australia. The world awaits the 2016 US Presidential elections. Will the Republicans win or will the Democrats buck the global trend?

With business and homes in India and UK, Bhaskar Majumdar is a keen observer of politics and society in both countries. He is a successful media/tech entrepreneur turned VC. He is an alumnus of IIT Kharagpur and did his AMP at Harvard.