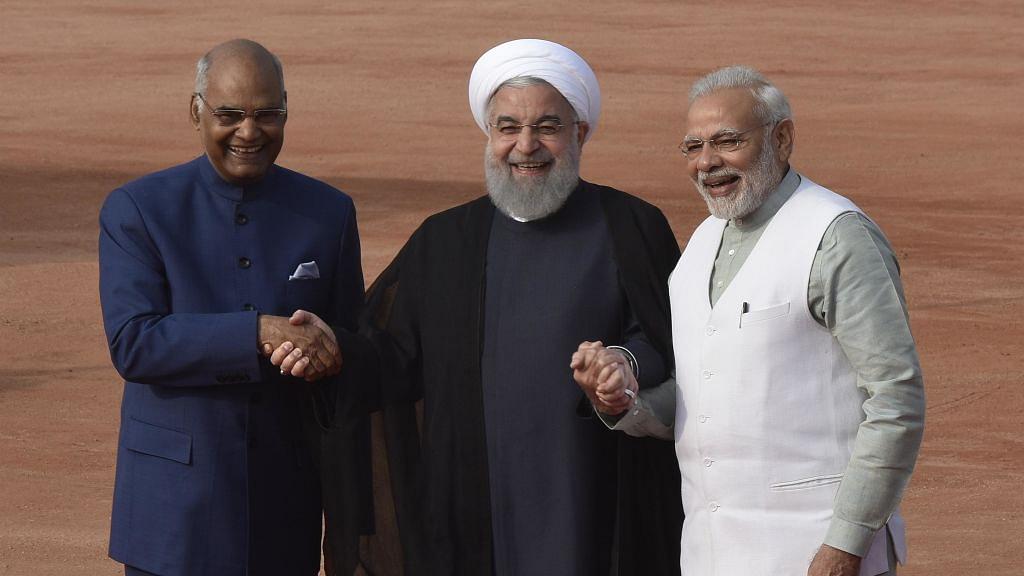 In a remarkable display of New Delhi’s ability to balance competing interests in West Asia, India hosted Iranian President Hassan Rouhani last month. His was a reciprocal visit after Prime Minister Narendra Modi’s visit to Tehran in 2016, which had resulted in a trilateral agreement on transit and transport between India, Iran and Afghanistan.

After Israeli Prime Minister Benjamin Netanyahu’s visit to India in January and Modi’s visit to the Arab world last month, Rouhani’s was the first by an Iranian president in 10 years and it was a much needed one. His talks with Prime Minister Modi were deemed substantive and the two leaders emphasised the need to build stronger relations. Modi suggested that the visit by the Iranian President underscored how the two sides want to deepen cooperation in key areas, including connectivity, even as Rouhani repeated his nation’s resolve “to combat terrorism and extremism”. A dozen pacts were signed, including one on double taxation avoidance and another for the leasing by an Indian company of a container terminal facility in Iran’s Chabahar port. But Indo-Iranian relations are facing some strong headwinds.

US President Donald Trump decided not to pull his country out of a deal that it and other world powers made with Iran to limit Tehran’s nuclear programme, at least not yet, in January. But he gave a strong warning to other countries in the deal. Make the deal tougher, or the US will stop keeping its end of the bargain with sanctions relief.

At the same time, the Trump administration has imposed new targeted sanctions on 14 Iranian individuals and entities in connection with various human rights abuses. This was the same strategy that Washington adopted last year when it had waived the sanctions but imposed curbs on seven targets involved in Iran’s ballistic missile programme, including two senior Iranian defence officials, one of whom allegedly helps to arm Syrian President Bashar Al Assad and a China-based network, Ruan Runling, that allegedly supports Iran’s military by supplying millions of dollars’ worth of items used in missile production.

Donald Trump had informed the US Congress in October last year that the 2015 Iran nuclear deal is no longer in the country’s national security interest, calling it the “worst deal ever”. But instead of outrightly scrapping the deal, he had put the ball in Congress’ court, asking the legislators to modify the agreement, even as his administration marshals international support to increase pressure on Iran.

Defying Trump, the European Union (EU) made it clear that they would defend the agreement. Though European officials have tried for a unified response to Trump’s pulling out from the 2015 Iranian nuclear accord, strains have emerged within, that threaten to weaken Europe’s common stance. The EU has made it clear that it is not open for renegotiation. The British, French and Germans have been lobbying hard to keep the Trump administration in, arguing that the deal is working.

As the Middle East continues to pass through a phase of unprecedented churn, Iran has emerged as, perhaps, the most potent force in the region. The US is itself responsible for this, as its removal of Saddam Hussein’s regime in Iraq, which had always been a strategic counterweight to Tehran, resulted in this situation.

Tehran has been effective in leveraging the regional realities to serve its foreign policy agenda. With the Islamic State facing a regional retreat, proxy wars are underway in Iraq and Syria for a distribution of the spoils. Iran’s influence over the Shia-dominated government and many militia forces in Iraq has given Tehran unprecedented leverage in shaping the political future of Iraq. And in Syria, Iran’s sustained backing of the Assad regime has made the survival of the regime possible despite the challenge posed by the US-backed groups. With their position entrenched in Syria and their influence in Lebanon, Iraq and Yemen secure, Iran and Hizbollah and their Shiite allies believe they have built a formidable, unified, border-spanning front. How they choose to exert their power could dictate the future trajectory of the wider Middle East. Israel and Iran are coming to blows in Syria.

As a result, despite Trump’s threats, Iran is placed much better in the region than ever before. Rouhani came to India at a time when he is facing serious challenges, domestically and globally. The Donald Trump administration has repeatedly threatened Tehran with sanctions and has made clear its disdain for the Iran nuclear deal or the Joint Comprehensive Plan of Action. Though Tehran has maintained a brave front, expecting the Europeans to challenge any move away from the nuclear pact, the economic impact of US threats on Iran is visible. The Iranian rial has lost a quarter of its value in six months. Domestically, the Rouhani government faced massive protests in numerous towns and cities underlining deep-seated frustration with economic stagnation, mismanagement and corruption, and growing income inequality. Though it did not turn into a popular uprising, it laid bare the domestic tensions in Iran. Tensions between Washington and Tehran constrain the strategic space for India in dealing with Iran. New Delhi had, therefore, welcomed the 2015 nuclear deal. Given the isolation facing Washington on its new Iran policy, India may not have to worry too much in the immediate future.

In fact, what should be more worrying for India is the slow pace of the Chabahar port project, which has irked the Iranians, and they have indicated that despite India developing the project, it won’t be exclusive to the country. Pakistan and China might also be invited to get involved. Chabahar is seen as India’s answer to the Gwadar port, that will allow it to circumvent Pakistan and open up a route to landlocked Afghanistan. Bringing China and Pakistan in will be a challenge to Indian interests. Uncertainty surrounding American posture towards Iran is complicating India’s ability to deliver fast on Chabahar as Western manufacturers remain wary of supplying equipment for the Iranian port. The first phase of the project was completed and inaugurated in December but there is much more remains to be done before the project becomes the strategic nodal point that New Delhi perhaps wants it to. Indo-Iranian cooperation on Afghanistan is also coming under stress with Tehran joining Russia and China in managing Pakistan’s role in the region. The Islamic State is viewed as the bigger threat in Afghanistan than the Taliban by these states. Though the larger trade and energy ties between India and Iran are gradually growing, they are being overshadowed by India’s growing stakes in the Arab world and Israel.

The Iranian president’s visit to India has made a modest effort towards adding dynamism to Indo-Iranian ties. It remains to be seen how far this will go as a new power configuration emerges in India’s extended neighbourhood, which New Delhi will have to navigate carefully.