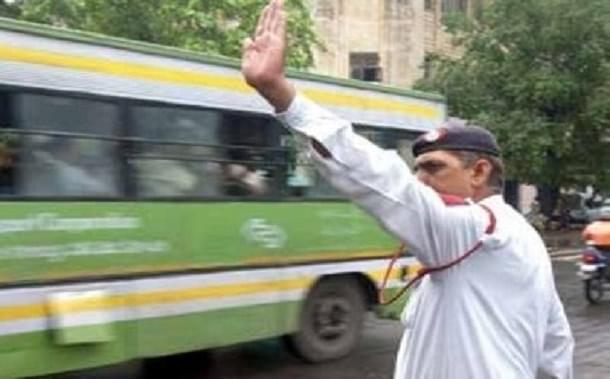 If we as a country do not engage with the process of drastically altering and dismantling our current government processes, then quite frankly, our hopes for wealth creation and poverty elimination will need to be scaled down dramatically.

T. S. Eliot wrote that in human affairs, many a time, a shadow falls “between the idea and the reality”, “between the conception and the creation”. In one sense, this is increasingly becoming the story of economic reform in India. Our current political rulers are trying hard to make India business-friendly. They want to create an ecosystem that encourages entrepreneurs. They have said so publicly in the clearest and most emphatic of terms. Our Prime Minister is the greatest champion of entrepreneurs. But—and in India, there is always a but—already, analysts of the fine print of the Indian government’s new policy initiatives have started figuring out that our mysterious sarkari system is going to try its best to sabotage most of the enterprise-friendly policy measures.

Consider the details of one proposal: the entrepreneur will have to get approval from a committee of civil servants in order to partake of some benefits. Now with respect, the idea that a young, risk-taking, starry-eyed entrepreneur will be able to convince a committee of risk-averse, audit-fearing, cynical officials, who in their long and illustrious careers have never made anything, built anything, sold anything or created any jobs—this idea does not just seem merely far-fetched; it seems to have dropped straight down from Mars.

Incidentally, the words “committee” and “entrepreneurship” are virtually antonyms. No committee can take risks; no entrepreneurship is possible without embracing risks.

Committees look for precedents. Entrepreneurs seek to enter uncharted waters. The attempt to get committees to embrace entrepreneurs may result in tragicomic disasters. I do hope the PM’s team will be able to ensure that a great idea is not tripped up by a bureaucratic invention.

Consider the details of another proposal: ease of doing business is a great idea and self-certification on compliances is really welcome. However, I worry what will happen the moment the firm’s sales cross Rs 25 crore. If a firm is very successful and scales up rapidly (think Google, think Facebook, think Amazon, think Uber), then this company will automatically get the usual malevolent and hostile treatment meted out to run-of-the-mill Indian businesses.

The Tax Officer will make absurd and gargantuan demands. The various Registrars will impose the traditional hurdles which they think is their birthright to do. Inspectors galore will descend on the company, looking to be satisfied, one way or another. The successful firm that crosses the Rs 25-crore milestone will spend its time and energy not in creating products or satisfying customers, but in filling forms, fighting legal battles and seeking legal advice regarding technical violations of complex and incomprehensible laws.

The “loser company”, which actually fails to cross the threshold and stays small, will in fact be treated well. The entire history of the “support” for Small Scale Industries by our great Indian government and the definition of “priority sectors” by our venerable Reserve Bank of India is studded with the remarkable insight and wisdom that Indian firms should not get big. They should remain small and therefore globally irrelevant.

The venerable Reserve Bank of India has for some 50 years now given a clear message to Small Industries not to grow, because if they do, then their interest costs will go through the roof. So these industries obediently follow the venerable RBI or better still open up multiple Small Industries—and when they do that, our holier-than-thou Inspectorate will accuse them of “misusing loopholes”.

If you are a businessperson in India, it is best to remain small, unsuccessful and marginal. Contrast this with the approach of countries like China and Korea—to pick two.

Even as I was writing this column, I read in the newspapers that the patriotic/matriotic Mandarins of our venerable Service Tax Department have decided to move with vicious hostility against a successful company, which till recently would have been called a start-up. The idea that a web-based integrator or marketplace or distributor should be paying service taxes on the services provided by participants in the marketplace is not just zany. It is stupid and has no basis in common sense or in economic realism. This in effect means that India does not want to have an e-commerce sector.

Why, pray, why given a government where the top leader, the Prime Minister, embraces e-commerce, does the Tax Department boldly, clumsily and unapologetically start the process of destroying India’s emerging e-commerce industry?

We know that the greedy tax-gatherers of the Karnataka government have malevolent plans to kill the e-commerce goose. Little did we realize that the tax hounds of the Central Government have the same intentions.

I sometimes wonder if our Tax Officials are on the payrolls of the governments of Singapore, Philippines and China. Every action of theirs—and many of them against the express and stated positions of our political leaders—seems to be designed to kill Indian businesses and help the business climate elsewhere.

To return to T.S. Eliot—it is clear that in contemporary India, between the idea/conception of our elected leaders and reality/creation of our venerable Government Departments, there almost invariably falls a shadow.

Our political leaders need to grapple with the “process” by which these shadows emerge. They need to ask questions like “How does the fine print get written?”, “Why does the fine print introduce discretionary conditions which were never intended by us?”, “Why are committees required?”, “Why should successful fast-growing companies be discriminated against?”, “Why do our Tax Collectors adopt irrational and hostile stances against companies and industries that all Indians should be rooting for?” “Where do these mysterious allies of Singapore, Philippines and China derive their power from?” and others along similar lines.

Net-net, by what sleight-of-hand process are business-friendly policies converted into government behaviours which are actively hostile to businesses?

If we as a country do not engage with the process of drastically altering and dismantling our current government processes, then quite frankly, our hopes for wealth creation and poverty elimination will need to be scaled down drastically.

We will trundle along as we have. Our sunrise industries will stumble. Our star companies will flounder and never become world-beaters. And our great-great grandchildren are still likely to be poor.

Making changes in organizational behaviour and institutional incentives are extremely difficult. We now have a multitude of Government Departments whose principal objective is to hurt, harm and eventually strangle Indian businesses—and not just start-ups. Just think of Tin, DIN, PAN, VAT, Service Tax, PF, ESIC and dozens of other stranglers wandering around. It is going to be very hard work to disaggregate the processes of each of these venerable Departments and Agencies. But that is the challenge we need to rise to.

Failing which, the best of policies will end up having a very marginal impact. They may even boomerang insofar as they build up expectations which are invariably subject to the baneful influence of multiple shadows, between the intentions and the reality of our national ecosystem.