The Dragon In The Indian Ocean Is Shaping Local Geopolitics; Does India Have A Counter? 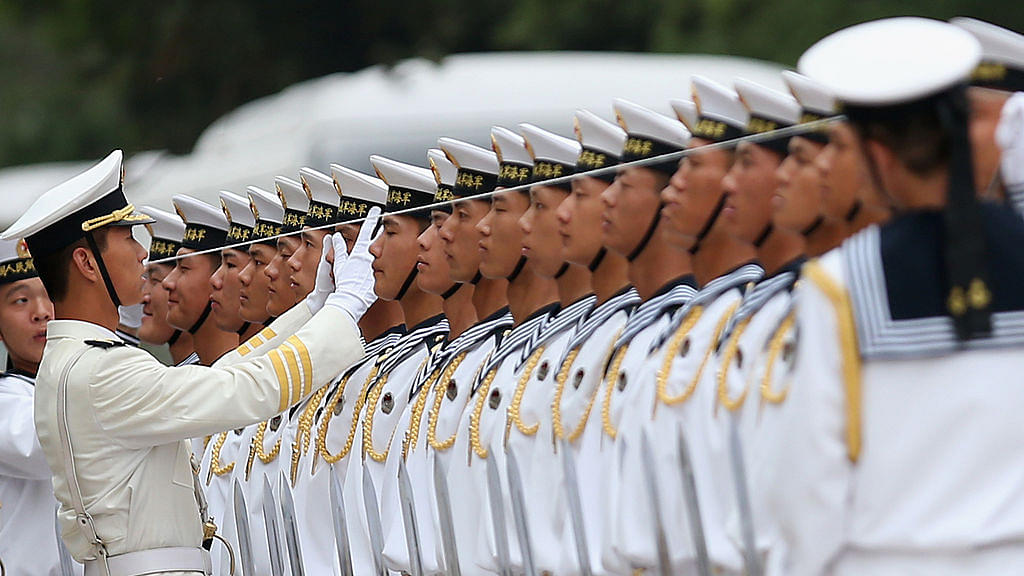 After commissioning its first aircraft carrier, a refitted Soviet-era vessel called the Liaoning, in 2012, the People’s Liberation Army Navy (PLAN) launched its second aircraft carrier, the Shandong or CV-001A, last month. This first 70,000-tonne indigenously produced aircraft carrier of China is likely to be operational by 2020. The elaborate ceremony put on by the PLAN was to signal its arrival in the wider world as a serious naval power. And the world, of course, was watching, especially China’s neighbours who are already feeling the brunt of Chinese maritime expansionism.

There is nothing out of the ordinary in what China is doing. As a rising power, its military advancement is to be expected. Beijing wants to project power far beyond its shores, so a blue water navy is a prerequisite for Chinese ambitions. But it is entangled in maritime disputes all around its periphery from East to South China Sea. Chinese naval presence is growing in the Indian Ocean and the larger Pacific. Chinese President Xi Jinping has launched defence reforms which are taking away resources from land to air and naval power. And the Chinese defence ministry has been articulating the need for PLAN to gradually shift its focus from “offshore waters defence” to “open-seas protection.”

For far too long, most Western and regional observers continued to discount the possibility of China emerging as a serious naval power. China’s interests do not need PLAN to invest in aircraft carriers, they suggested. But Chinese interests turned out to be much the same as other maritime powers. In a short span, China will have two operational carriers with many more in the pipeline. Chinese experts openly point out the need for at least three aircraft carriers operating in East and South China Sea. PLAN is ramping up construction of nuclear-powered submarines, very significant for the short-to-medium term priorities of China. The country does lack trained manpower to build its submarines, cruisers, destroyers, frigates, amphibious ships, replenishment ships and light craft. But that too is being rectified with a single-minded purpose. China is constructing its first overseas military base in Djibouti, ostensibly to provide rest and rehabilitation for the Chinese troops taking part in escort missions in the Gulf of Aden and waters off Somalia. But its real purpose is to project Chinese naval power in the Horn of Africa. There is also the Gwadar port closer to India.

Aircraft carriers are symbols of power, a signal that PLAN has arrived as a force to be reckoned with. While directly taking on the United States is still some way off, the focus will likely remain on its immediate periphery. In South China Sea, for example, a carrier’s entry can have a major impact on regional deterrence. For regional powers, therefore, some serious challenges have emerged. Much as the PLAN has tried to counter the superiority of US Navy by focusing on anti-ship capabilities, especially submarines and anti-ship missiles, other regional powers will also have to think along similar lines to manage China’s growing naval prowess.

The PLAN, even with its growing might, remains far from a serious challenger to the formidable US Navy. But it is the regional powers which now have to seriously re-think their naval options. Of all the major regional powers, India faces some real dilemmas. It is not officially in alliance with any power and is still struggling with its military reforms. China’s challenge to Indian interests is growing by the day. At the global level, China is not inclined to see India’s rise and is scuttling it at every possible forum from the United Nations Security Council to the Nuclear Suppliers Group. At the regional level, Beijing is now taking a consistently pro-Pakistani position on issues ranging from terrorism, Afghanistan to Kashmir. Bilaterally, the border issue is getting trickier with China unilaterally renaming six places in the Indian state of Arunachal Pradesh in an apparent retaliation against the Dalai Lama’s visit to India’s easternmost state, in order to reaffirm Beijing’s “territorial sovereignty” of the region.

China’s naval presence has been growing in the Indian Ocean region (IOR). The PLAN submarines have been making regular forays in the IOR on the pretext of anti-piracy patrols since December 2013. China’s Maritime Silk Road initiative is aimed at gaining a higher profile in the IOR and to reduce India’s natural geographic advantages in the region. In the garb of protecting its trade and energy Sea Lines of Communications (SLOC), China is now building partnerships with countries around the Indian Ocean periphery. From Djibouti to Hambantota in Sri Lanka and Gwadar in Pakistan, new military facilities are being constructed to project Chinese naval power.

For New Delhi, this looks like strategic encirclement at a time when there are growing concerns about Chinese intentions. Not surprisingly, India is investing in ramping up its naval power. Unlike China, India has been operating an aircraft carrier since 1961, but delays and shoddy planning continue to mar Indian aspirations. India’s first indigenous aircraft carrier, the 40,000-tonne INS Vikrant, was launched in 2013, but its commissioning has been delayed to 2020. And it will be another decade before the second indigenous carrier, the 65,000-tonne INS Vishal, will be up and running. As a result, the 44,570-tonne INS Vikramaditya will be the only one for India for the next few years.

Chinese official media took a swipe at Indian efforts recently when it argued that “New Delhi is perhaps too impatient to develop an aircraft carrier. The country is still in its initial stage of industrialisation, and there will be many technical obstacles that stand in the way of a build-up of aircraft carriers.”

“New Delhi should perhaps be less eager to speed up the process of building aircraft carriers in order to counter China’s growing sway in the Indian Ocean, and focus more on its economy,” it said.

India will have to focus more on anti-ship capabilities, especially submarines and anti-ship missiles. But beyond platforms, India is now actively engaged in the maritime domain with other like-minded countries in the region. Naval cooperation with countries like Japan, Australia, Vietnam and Indonesia is at the top of Indian defence diplomacy. Yet, without active participation from the US, the regional states lack the ability to manage China’s maritime ambitions. The Trump administration will have to think beyond North Korea in crafting a broader policy on the Indo-Pacific. Otherwise, China’s aircraft carrier display will just be one step towards a complete maritime dominance by Beijing.

The larger question that the Indian Navy needs to ask is whether it should really prioritise aircraft carriers over its other requirements. India, like China, wants to be a blue water navy and assert its primacy in the Indian Ocean. But the short-to-medium term challenge emerging from China’s potent rise means that India needs to find ways to mitigate that threat with some urgency. Waiting for a decade to get a carrier battle group up and running is perhaps not the most sensible of options.

Blueprint To Bluewater: The Indian Navy’s Journey From Carriers To Supercarriers