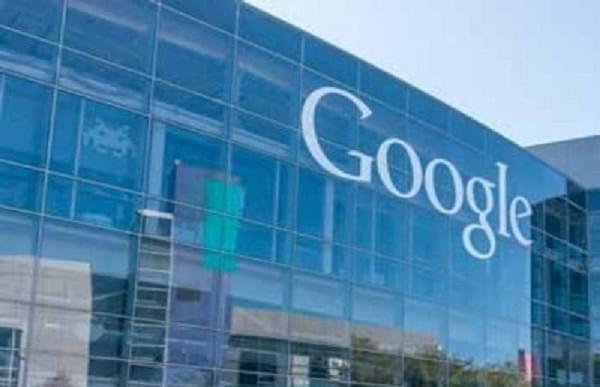 India is unable to attract foreign startups to set up shop here. We have to improve R&D, the industry-academia interface, and the regulatory environment to make the country a magnet for world-class startups.

As I write this in early January, it appears that the entire country is agog with anticipation for the Startup India event to be held on January 16th at the Vigyan Bhavan, New Delhi. I read a report that the invitation-only event that can hold 500 people is likely to be standing-room only, and over 1,50,000 people were trying to get in.

I just received the programme content, and it showcases both big-name startup founders such as the CEOs of Uber and Softbank, and of some of India’s unicorn-ish startups like Ola, Quikr, Zomato, and Google’s startup service Launchpad, with the winner of a contest among pre-screened startups going home with a prize of $50,000. It should be an interesting event with both top officials and many in the ecosystem, including in verticals such as healthcare, and horizontals such as women entrepreneurs, providing their insights.

I am delighted to hear about the interest in entrepreneurship, partly because it may reflect a shift in the prevailing social attitude to starting one’s own business. Traditionally, Indians have been risk-averse, preferring the boring certainty of job security and a pension over the rollercoaster of an early-stage venture. The apparent fact that people are now more willing to take risks is also a vote of confidence in the robustness of the system: they believe they can get a job even if their startup fails.

However, there are downsides as well. I have expressed in these columns earlier (Are all these startups really necessary, Mr PM?) the fear that the carnival atmosphere of such a rah-rah event may mislead people into just showing up for the party, so to speak, without recognizing the very real blood, sweat and tears that go into the creating of a successful entity. I often receive so-called “business plans” from youngsters who haven’t the faintest idea what they are doing, but just think it’s glamorous to drop out of engineering college and call themselves CEO or CTO or something.

The other major concern is the total disconnect in India between academia and startups, despite the proliferation of incubators supported by academic institutions. There are structural barriers, apparently, that forbid professors from taking equity stakes or even working in startup companies without jeopardizing or sacrificing their academic careers.

This is a significant problem, because the early-stage investors in the West, especially in Silicon Valley, are actually investing in a professor and his/her lab, and hoping that a slew of ongoing inventions from the lab will be the source of unfair competitive advantage that rockets the startup to fame and fortune (which of course they will share in). Just one example will suffice: Google and Rajiv Motwani of Stanford.

This linkage is totally absent in India. It is quite possible that an even greater proportion of shiny new startups will fail in India, more so than the global average of 90 percent. A lot of sweat equity and a lot of angel funding will go waste. In some sense, they are Potemkin startups, which have the form but not the substance of the research-and invention-based innovation of Silicon Valley.

It’s not that substance is not possible in India. The most promising invention I came across in 2015 was a new technique for etching nano-circuits on metal at ambient temperatures, using a new technology taking advantage of electromigration (which is usually a negative side effect that causes chips to fail). This is a patented technique that will dramatically reduce the cost of equipment required for chip-making, thus making it feasible for new players to come in: today the cost of a semiconductor facility is in billions of dollars, making it affordable only to giant companies, and raising barriers to entry.

This technique came out of a PhD thesis at the IISc, Bangalore, in the area of material science. It is at the stage of an invention now, and it will have a long way to go before it can become a proper innovation; if it succeeds, it can be a game-changer, sort of as 3D printing is doing now—it makes a lot capabilities suddenly affordable to the ordinary academic lab.

Money, of course, is what will make entrepreneurship tick. Unfortunately, even if the Finance Minister decides to throw money at this problem in what he perceives as a make-or-break Budget, it may not go far enough. Once again, in the Valley, it’s not only the money (although there’s plenty of it around, in billions, accounting for, with San Francisco, 45 percent of all US venture money a year ago) but also the cross-fertilization of ideas, as well as a small army of lawyers, marketers, designers, and so on, who can duly take ideas to market. That ecosystem is yet to be built.

The Finance Minister, though, would be well-advised to think of the following data about the poor investment in R&D, and the resultant lack of competency. (See the table on the next page. All numbers are quoted from Science is a tragedy, The Times of India, 10 January 2016). The numbers are damning, even in comparison to fellow-BRICS countries.

This is where the budgetary provisions need to go: in improving both basic and applied research. The national policy on Intellectual Property Rights is expected to be operationalized shortly, and it is intended to help protect ideas and help appropriate value in them, but unless useful ideas are generated, there’s nothing to protect.

The public sector’s job is the build the underlying infrastructure, just as almost all the inventions in Silicon Valley can be ultimately traced back to DARPA, the Defense Advanced Research Projects Agency and its funding of new technologies. It was the US government that paid the bills. Ultimately, there is no substitute for public investment, but it also has to be targeted and monitored.

The private sector also has been deficient in this area. Even the most lionized Indian companies tend to under-invest in R&D. Compared to large global tech, pharma and automobile companies spending upwards of 10 percent of sales revenue on R&D, Indian corporate spending has been minuscule. They have tended to free-ride on whatever few results the national labs produce. This attitude on the part of the private sector has to change.

The industry-academia interface in India is essentially non-existent. This is partly because academia doesn’t do much useful R&D, and partly because there are, I am told, explicit prohibitions against professors taking equity positions in companies or indeed, even spending their time in working with startups.

This policy might have been sensible at one time, in an atmosphere of corporate-bashing socialism, but it is high time to reverse it: academics should be evaluated not only on papers they produce, but also on patents, and on commercializing their ideas. Faculty should be actively encouraged to work closely with startups. This is a policy change that is well within the scope of the Ministry for Human Resource Development’s ambit.

Another antediluvian rule inhibits funding. Crowdfunding is an acknowledged mechanism for raising money from many individuals in small amounts; however, Indian rules insist that if there are more than 49 investors, the recipient entity will have to register as a Company, with all the attendant paperwork and regulations. Some time ago, I lobbied the SEBI chairman on this topic, suggesting the limit be raised to 500 as a concession to nascent businesses; he was receptive, but I don’t think the rule has been changed. If it is, you can imagine Indian punters putting in Rs 5,000 or Rs 10,000 on a startup, thus raising the few lakhs seed money they usually need. The FM should look into this too.

There are several other initiatives from the government: for instance DeiTY (the Department of Electronics and IT) is investing in several electronics incubators; other entities are also doing so in biotechnology and other emerging areas. This is a hopeful sign, but the gestation period will not be non-trivial before these result in sizable and viable companies.

At the moment, the pickings are slim. I tried to crowdsource examples of innovation by reaching out to my former students and others. Sathappan told me about Qikwell, now owned by Practo, which itself is an interesting firm, attempting to optimize the patient-doctor interaction. I spoke with the Practo CEO sometime back about the availability of his big-city doctors to do tele-medicine for distant rural folks, and he was positive about it.

Raj wrote about Traikoo, which produces smart watches. Mohammed wrote about business model innovations, from Urbanclap and Taskbob, which enable the creation of a market for those who can offer plumbing, chauffeuring, maid services etc. He also pointed out a micro-transaction specialist Chillr which can handle amounts as small as Re 1. These are all good ideas, and may make life easier for Indian consumers.

But a systemic change that will make innovation a big success in India is likely to be slow in coming. The energy put into #MakeinIndia, and the marketing activity that has made India look like a beacon of hope in a world heading into a recession in 2016, are very positive moves. But the acid test is as follows: when will startups from abroad move into India? Israel is an example—many of their startup companies reach a certain stage and then move to the US as it offers a huge, single market.

Today, despite India’s large market, we are unable to attract foreign startups to set up shop in India. There are many hurdles: regulatory, infrastructural, financial and so forth. We have to improve R&D, the industry-academia interface, and the regulatory environment so that India becomes a magnet for world-class startups. That is the goal, but I hope we will take many baby steps in 2016.