The Four Chapters Of The India-Israel Relationship 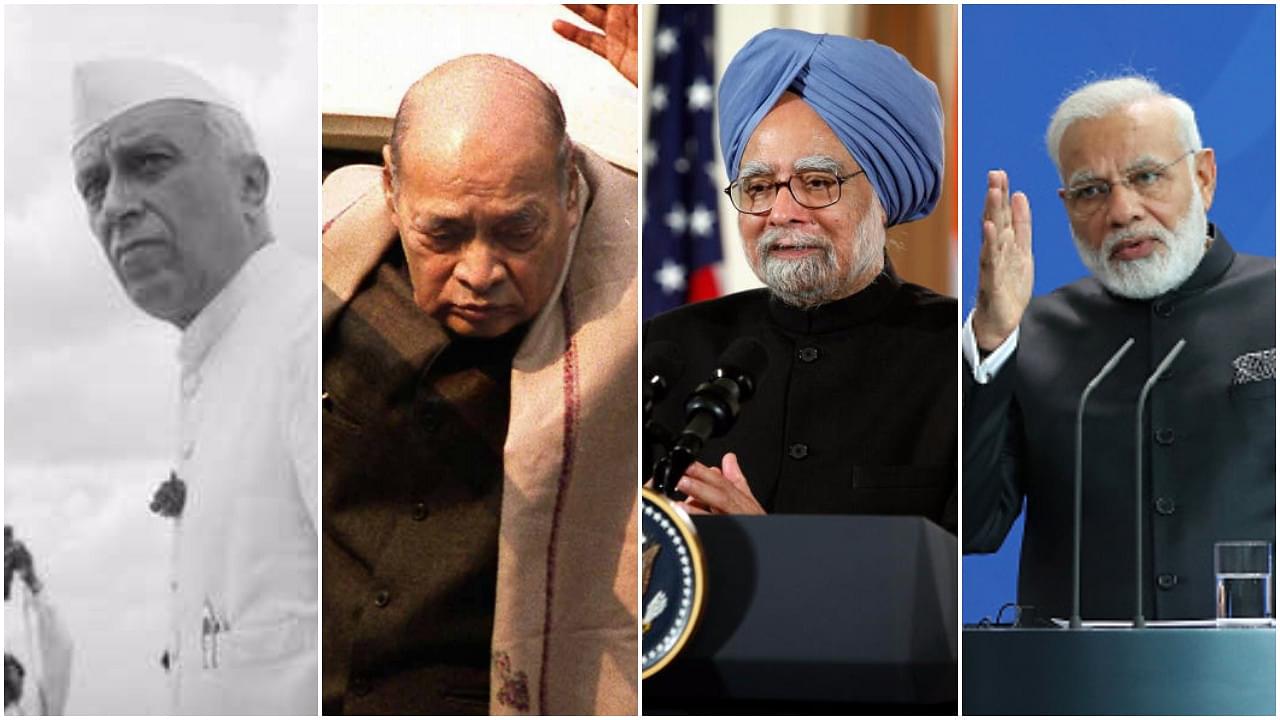 Leaders who shaped the India-Israel relationship

India’s relations with Israel can be described within four broad historical processes that date back to the early part of the 20th century. The emergence of Jewish nationalist aspirations in Palestine coincided with the impending disintegration of the already crumbling Ottoman Empire which also had the Caliph. For centuries, Indian Muslims were indifferent both to the Ottoman sultan and his caliphate, but the disappearance of the Mughal empire and its replacement by the British transformed the situation. The Ottomans being the last surviving Islamic empire galvanised a sudden interest among the Indian Muslims which culminated in the Khilafat movement.

Enter Mahatma Gandhi. He sees the Muslim agitation over a pan-Islamic issue as an opportunity to forge much needed but long absent Hindu-Muslim unity and unconditionally plunges the Congress into supporting the Khilafat struggle. Though the community unity proved short-lived and counterproductive in the long run, the phase also witnessed the emergence of rudimentary Indian position vis-à-vis the Jewish claims.

Gandhi framed Palestine within the Islamic paradigm and categorically ruled out sovereignity being granted to the non-Muslim population. Though the Congress did not go that far, the matter was settled squarely. As the political tussle between the Congress and the Muslim League intensified in the 1930s, the Palestine issue became the quid-pro-quo for the Congress to seek support from the Indian Muslims and wean them away from the League.

There was also an ideological compulsion. Having rejected Mohammed Ali Jinnah’s arguments of religion being the basis for nationhood, the Congress could not adopt a contrary view on the Jewish nationalism. Hence, at the ideological level, it opposed the minority nationalism both in India and in Palestine.

At the same time, reality was more compelling than ideology or logic. Despite the ideological hangovers, Partition became inevitable, and Jawaharlal Nehru accepted and facilitated a communal partition of India. Because Palestine was geographically distant, it was not easy for him to extend the same logic. Hence, India ended up advocating a federal solution for Palestine while comfortably implementing a communal partition of the subcontinent.

Partition did not materially alter the situation. Opposition to Jewish nationalism also helped Nehru present the Congress as the guardian of Muslim interests, both internally and vis-à-vis Pakistan, especially when both the countries were competing for the support of Arab-Islamic countries in the Middle East. Thus, the British Raj Congress-League tussle transformed into Indo-Pakistan rivalry after partition. The competition reached such levels that India gatecrashed into the Islamic summit conference in Rabat in September 1969 only to be shown the door.

Its minimal international political clout, especially after the 1962 war with China, and competition with Pakistan meant that India eschewed normalisation of relations with Israel and on the contrary treated the latter worse than Pakistan and China with whom it has territorial disputes and conflicts. Even a modicum of diplomatic relations was seen as a dilution of its commitments to the Palestinian cause. Thus, non-relations marked India’s Israel policy for over four decades.

Though the Euro-centric Cold War was not responsible for this situation, the end of bloc politics and the impending collapse of the USSR forced the Indian leadership to revisit the issue. The post-Kuwait marginalisation of the Palestinian leadership and the Madrid peace process meant that erstwhile policies were ineffective and counterproductive. Prime minister Narasimha Rao had to signal that India was ready and willing to break from the past and deal with the post-Cold War reality and he did this by reversing the four-decade-old policy of recognition-without-relations on Israel.

Thus, in the second phase, India moved away from the erstwhile zero-sum approach and adopted a parallel track policy. It recognised that it is possible and necessary to engage both with Israel and the Palestinians and this lasted much of the 1990s. Beginning with the announcement of diplomatic relations on 29 January 1992, all the major Indian engagements with Israel were preceded or accompanied by high-profile visits or contacts with Palestinian leader Yasser Arafat or pro-Palestinian statements. Diplomatic balancing was the watchword. This was also true for the National Democratic Alliance (NDA) government which came to power in 1998. While rolling out a red carpet welcome to Ariel Sharon, the then prime minister Atal Bihari Vajpayee largely followed the traditional policy.

The third phase interestingly began with the return of the Congress as the leader of the United Progressive Alliance (UPA) government in 2004. Despite the presence of various anti-Israeli groups and parties, prime minister Manmohan Singh navigated a thin line. The most interesting feature of this stage was the calculated disengagement of the bilateral interests from the multilateral problems. Before 1992, differences with Israel over its policy towards the Palestinians “prevented” India from normalising relations, but under the UPA, India separated the two as if one has no impact upon the other.

Thus, its differences with Israel over issues like settlements, borders or Jerusalem did not inhibit India from launching an Israeli spy satellite. Some lucrative defence deals were concluded or initiated under the UPA.

The fourth and the latest phase began with Narendra Modi becoming prime minister in May 2014. For want of a better expression, one can call this “constructive engagement”. In the initial months, India followed the bilateral-multilateral separation introduced during the UPA rule. It did not hesitate to join the international chorus on Israel especially during BRICS and other multilateral forums. The shift began in July 2015 when it abstained during the UNHCR vote on the Gaza war of 2014. After its initial support for the Arab-sponsored UNESCO resolution that denied any Jewish claims to Jerusalem in April 2016, India abstained during the two subsequent votes.

One could say that the real transformation can be noticed with Prime Minister’s highly successful visit to the UAE in August 2015 and his subsequent engagements with major players in the Middle East, including Saudi Arabia and Iran. India is no longer coy about dealing with Israel, but rather its willingness to deal with Israel has been recognised by India’s interlocutors in the Middle East. Earlier India had to accommodate the Arab-Islamic opposition to normalisation, but now it is the other way around. This is partly due to Narendra Modi’s style of functioning and partly due to growing economic and hence political clout of India. As they say, power respects power.