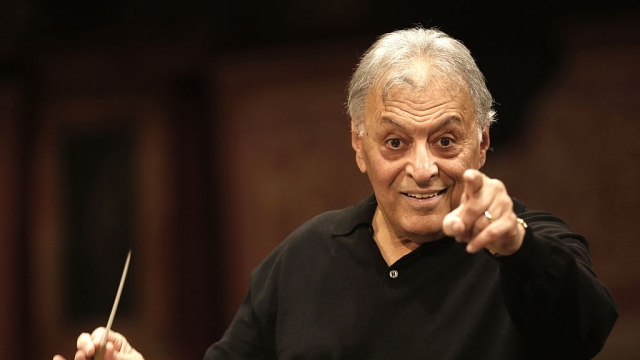 ZUBIN MEHTA IS one of India’s most internationally renowned exports but is ironically less well known in his own country which is crazy only about cricket and Bollywood. Bakhtiar Dadabhoy’s new biography of the conductor introduces the maestro to Indian audiences unfamiliar with Western classical music. Although advertised as an authorised biography, the author did not have unrestricted access to his subject’s papers or time. In fact, Mehta discouraged the author from pursuing this project. Dadabhoy produced the manuscript largely from publicly available material and just a couple of interviews with Zubin. But so impressed was the conductor with the meticulous research that he agreed to launch the final product as an authorised biography.

It is a courageous decision to undertake a biography of a musical virtuoso without any training in history or music. There is always the danger of missing the significance of an event or a decision, of being unable to relate faithfully to the subject. Dadabhoy engages with music only as much as most of us do, that is, as listeners. Despite some warranted scepticism, the author has made his ignorance work in favour of his project—he has avoided musicological jargon and achieved a clarity his readers will be thankful for, at least the neophytes.

Despite its hefty appearance, A Musical Journey is a quick read. Dadabhoy impressed Zubin himself with some of the factoids he had gathered about his subject’s life and the reader is sure to be impressed by his thoroughness. Some of the humorous anecdotes make the reading even more pleasurable and the page turning seem quicker. For example, Dadabhoy narrates one instance when Mehli Mehta, the father of the future world famous composer, tried to finagle his way out of attending his own wedding reception to go and play a violin piece on All India Radio: his efforts were foiled only when Tehmina Mehta, his new wife, shrewdly com- plained to her husband’s boss at the radio station, one of the guests, who threatened the sen- ior Mehta that he would never carry him if he abandoned his wife on such a joyous occasion!

The Mehta saga is one in which talent meets opportunity. Young Zubin was born in a very musical household, his father not just an aficionado of Western classical music but a self- taught violin player of some stature. In fact, Pyarelal Ramprasad Sharma of the famous Laxmikant-Pyarelal duo of Indian film music trained under Mehli in the late 1930s. There was little appreciation for Western classical music in the Raj, the nascent Indian republic still struggling to define itself against an imperialist Other. Mohandas Gandhi is said to have commented to Zubin’s father that his performance of Western classical music was good but perhaps the young Parsi should try his hand at something Indian for a change. Zubin was slat- ed to be a doctor but when he confessed to his parents that he could not imagine a life without music, Mehli consented and sent him to Vienna to study music.

Vienna created Zubin. There, he became the Romantic conductor for whom good music sounded Viennese. In a startlingly meteoric rise beginning in 1961, Zubin would go on to become the youngest person to conduct the Berlin and Vienna Philharmonic orchestras. He would also become the first person to lead two North American orchestras simultaneously—Montreal and Los Angeles—and the first Indian to conduct the Royal Philharmonic Orchestra in London. By the beginning of his fourth decade, the Parsi from Cuffe Parade had done enough to ensure a name in the history books but he would go on to hold the longest tenure in the history of the New York Philharmonic. And despite all his achievements in the West, Zubin’s bond with the Israel Philharmonic Orchestra would develop to be as strong as his love for the Jewish state.

How does Dadabhoy’s biography compare with the two other best known works on Zubin? Martin Bookspan and Ross Yockey received more cooperation from Zubin for Zubin: The Zu- bin Mehta Story. However, it has been 38 years since they published their book and much has happened since. In 2008, Zubin’s autobiography Die Partitur meines Lebens: Erinnerungen (The Score of My Life: Memories) received decent reviews in German but its English translation did not fare so well. Dadabhoy’s book stands to be known as the most thorough work on Zubin Mehta until a better volume comes along that overcomes its deficiencies.

A biography is not a chronological retelling of events, or rather, it is not just that. Any serious author must peel back the layers of the contemporaneous and reveal what motivates his subject. Dadabhoy tells us that Vienna shaped Zubin, that the maestro became known for con- ducting the Germanic Romantics over French and Italian pieces. But why? Competition in the fine arts between the French and Italian on the one hand and German on the other has a long history going back to at least the days of Mozart. It is inconceivable that the accident of an education in Vienna alone is sufficient to forge a Romantic aesthetic.

Similarly, several elements of Zubin’s person- al life remain unexplored. His relationship with Carmen Lasky is woefully incomplete. Dadabhoy would have readers believe that they just fell out of love, disregarding Zubin’s rich past with other women that has produced at least two other children. How Carmen came to marry Zarin, Zubin’s brother, and how the family re-acted to such an unconventional development is another uninvestigated tale.

Dadabhoy’s admiration for not just Zubin but the entire Parsi community is all too clear and though there is nothing wrong with being sym- pathetic to one’s subject, affection should not sap the will to ask the tough questions. It is this weakness that leaves an otherwise magnificene effort feeling somewhat amateurish. In an age of Google, readers demand more than a story that is, in the words of the German historian Leopold von Ranke, wie es eigentlich gewesen (how it actually was).

Jaideep A. Prabhu is a foreign policy wonk who is staunchly committed to the graceful art of living well. A polyglot, Prabhu is a certified scuba diver and an advanced brown belt in Okinawan Goju Ryu. He has travelled extensively and studied, at various levels, the Classics, philosophy, literature, flamenco and Irish dancing, and the guitar. Prabhu also enjoys cooking and is particularly fond of Mediterranean cuisines.