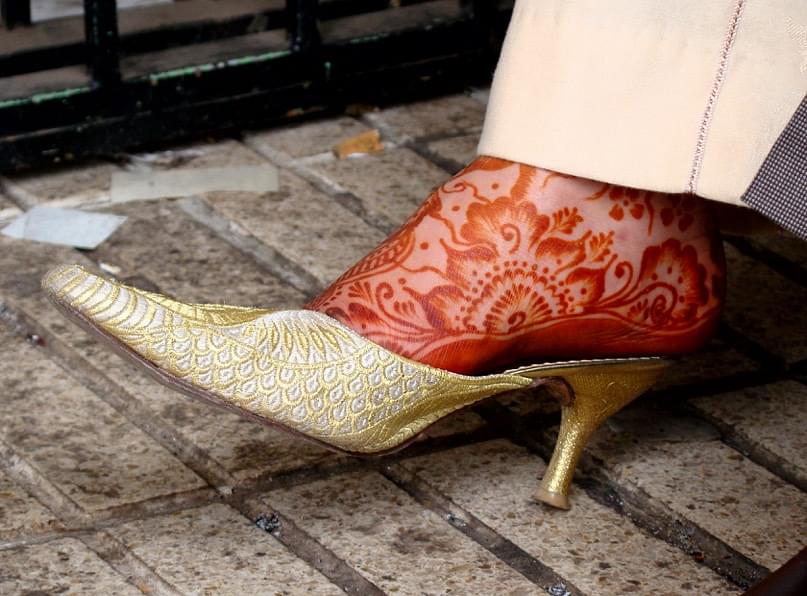 Revirgination surgery for women is the fastest growing segment within the Indian cosmetic surgery industry. But any culture that decides a woman’s worth by the presence or absence of a membrane needs to examine its collective head

Come winters and it’s time for the Big Fat “Designer” Indian Wedding! From the blushingly beautiful bride (courtesy make-up magicians) to sumptuous gourmet meals (the reason why most people even attend weddings to begin with), the wedding industry is a big fat woolly mammoth. Conservative estimates peg its size at a staggering $40 billion—and!—slated to grow 20 to 25 per cent year on year.

Of course, the economics aside, the most important question for any girl (especially on her wedding day) is: “What am I going to wear?” The bride rushes to designer boutiques where tailors (all right, all right—designers) custom-make their wedding dress. But that’s hardly all.

There is still the bridal trousseau to be assembled: the romantic-sounding French word that denotes the connubial accouterments which will accompany the bride as she beds (oh, I mean…“weds”) her way to marital bliss.

The bridal paraphernalia is bountiful. She will shine in her finest designer wear. But there’s another thing that the bride will wear with pride (and “no” prejudice)—her very own, customized, stitched to perfection, brand-new “designer” hymen.

Yes, a brand new hymen! But before you start wondering, let me assure you that the bride-to-be is not a guinea pig.

PS: A guinea pig, you ask! Well, let me tell you something. Many girls (if only they knew) would love to have been born as guinea pigs. Of course, not for the lofty ideals of volunteering for experiments in a science lab, no! They’d probably want to be guinea pigs for a purely self-serving (not science-serving) reason—their hymens grow back.

However, before we commence with our cultural conjugal autopsy, let’s do a quick biological recap—in case you bunked or flunked biology. The hymen is a thin membrane that partially covers the vaginal opening and its presence is traditionally—and erroneously—viewed as the mark of virginity. We’ll also do an etymological and a mythological review, but hold your guinea pigs, for now…

The days of liposuction, implants, nose jobs, facelifts and botox are passé; there is something new on the cosmetic surgery menu: the whole new Revirgination Specials that promise to leave you spoilt for choice.

Whether it’s a simple hymenoplasty (which guarantees to spill a little blood on the sheets, so your future husband can conclude he married a virgin) or a supervaginoplasty (that promises to leave you as tight as an oyster), the cosmetic surgeon has much to offer. And all that the girl simply needs to do is ask: “Can I have an extra order of virgin to go, please?”

Of course, to choose one that suits your taste, be prepared to loosen those purse strings. For the sake of reference—while a hymenoplasty will set you back by Rs 30,000, a “Complete revirgination akin to 16-year-old girl” will cost you 75 grand.

The surgery will be done by a leading cosmetic surgeon, who even promises to offer concessional rates for girls, who cannot afford these high-end (maybe the correct term would be “deep-end”) surgeries. What a Good Samaritan! Plus, his discretion comes free as he promises to be tight-lipped (pardon the pun) about his patients’ identity.

In fact, let me put it this way. It’s a simple formula—the looser the purse, the tighter the vagina. It’s little wonder then that revirgination surgery is the fastest growing segment within the Indian cosmetic surgery industry. In the world of extreme body makeover, it’s the ultimate plastic surgery.

Then again, maybe it’s a good deal after all—for as little as Rs 30,000, you can erase your past and have a future.

However, before we erase the past completely—and restitch the future, let me take a walk down memory lane.

Once upon a time, I was a young impressionable girl, who had just turned 14. A much-older male cousin took it upon himself to transform me into the paragon of virtue. Without badgering me about the birds-and-the-bees, he left me with a simple-yet-profound statement: “Boys divide girls into two categories. The good girls you wed, the bad girls you bed!”

Truth be told, what he had said then was reiterated to me, once again—many many years later. Another man, another time,but the same thought.

“You know, I really worry—what will I do if my wife is not a virgin,” he lamented, sitting beside me, sipping a golden amber liquid, which I assumed would either be expensive scotch or inexpensive whisky.

In his inebriated state or for his desire to be placated (I am not sure which), he was confiding his deepest darkest fear to me. I had known him for quite a while, perfectly aware of his extra-curricular activities, which is why I could not sit back and console him. Instead, I chose to stick my rather big foot in my rather big mouth!

“Are you?” I asked him with the sweetest smirk I could muster, foolishly hoping that reason and rationality will save the day (or night).

The venomous look he gave me would have put a king cobra to shame. However, he judiciously decided to zip it (figuratively speaking, of course).

I haven’t spoken to him since but even now, I wonder—where is he and what did he do when he did/ didn’t marry a virgin bride. But it did teach me an important lesson: The Bedding Barometer had been fixed—it measures the worth of a woman based on a flimsy film of flesh.

The same sentiment was echoed by Jessica Valenti, author of The Purity Myth: How America’s Obsession with Virginity Is Hurting Young Women, who said: “While boys are taught that the things that make them men—good men—are universally accepted ethical ideals, women are led to believe that our moral compass lies somewhere between our legs. Literally.”

So, as a girl, you may lie, cheat, steal, defraud, but if you left that one “single” membrane intact, you are a “good” girl.

It’s not surprising really. In a world that is as prurient as it is prudish (and patriarchal), there will always be a lot of flapdoodle about saving your most precious gift for your husband. Oh, Imagine the shame of the un-bled wife!

Hence, it’s not surprising that most women choose the surgeon’s knife, lest it dampens the feverish passion of the wedding night. It also saves them from a cruel fate: flogging for fornicating (whether literally or metaphorically).

Well, moving on, let’s dig the grave deeper and move further back in time. After all, I did promise you mythology and etymology, did I not?

In Greek mythology, Hymen (or Hymenaios or Hymenaeus) was a god of marriage ceremonies. He inspired songs and hymns. He presided over feasts and festivities. He was, in fact, supposed to attend every wedding.

And in case he was conspicuously absent, the marriage was doomed, so the ancient Greeks would run about chanting his name aloud. Not much has changed. Even today, we are silently chanting his name. Although, thanks to technological advancement, in case he’s going to miss the action (thanks to the bride who herself saw some action), he can always make a cameo.

By the way, did you know, “virginity” was on the Washington Post ’s 2010 list of the year’s top 13 things to throw out? Truth be told, I think WP was mistaken! All people need to throw out is their hypocrisy and double standards, because virginity, quite literally, left the building a long time ago.

After all, any culture that decides a woman’s worth by the presence or absence of a membrane seriously needs to examine its collective head. How can a relationship—any relationship for that matter—commence at the gleaming blade of a surgeon’s knife? If marriages are made in heaven, why on earth should it take a cosmetic surgeon to stitch a “happily ever after”?

Yes, I know I’ll get hate mail, but I could not stop myself from slamming a frivolous surgery that makes it impossible for a woman to have a past. Before I conclude, I simply want to say something to the fellow homo sapiens:

Note to all the men, Yes, she probably dated a lot of men, she probably had a few boyfriends too, and she probably even had a couple o’ lovers—but at the end of the day—you married a woman, not her hymen!

And as the French philosopher Voltaire, who said a lot of stuff about 300 years before humans found time to appreciate that stuff, wrote:

“It is an infantile superstition of the human spirit that virginity would be thought a virtue and not the barrier that separates ignorance from knowledge.”

Note to all the women I know, I know, virgins are a religiously prized possession. They are the prizes that lie-a-waiting, in heaven, for the man after a hard day of holy war. But just so you know, if you die a virgin, terrorists are up there, waiting for you.