What Is Indic Soft Power And How Can India Leverage It In The Twenty-First Century? 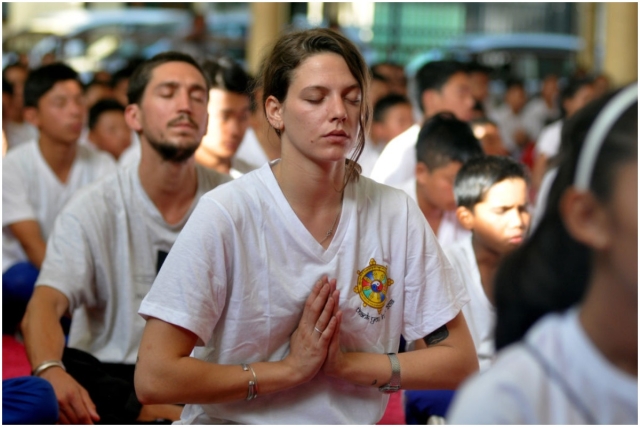 India had its first ‘Conference on Soft Power’ in New Delhi from 17 to 19 December, hosted by the Center for Soft Power of the India Foundation in collaboration with the Indian Council for Cultural Relations, the Center on Public Diplomacy of the University of Southern California, and Nalanda University, Rajgir, Bihar.

The conference was opened by Vice-President Venkaiah Naidu and featured speakers from a number of countries who addressed a variety of subjects as part of this extensive event. It included theoretical perspectives and Indian soft power across multiple verticals — ayurveda, cinema, cuisine, arts, crafts and design, language, literature, museums, performing arts, spirituality, tourism, education and yoga.

This article will examine various elements of soft power and global communication to provide an overview of the issues involved, and suggest a strategy to go forward.

Soft power is a new political term that few people understand today and often misinterpret. Today, soft power is defined primarily in terms of economics, like China’s One Belt One Road policy, but has many other ramifications. Soft power refers not only to the non-military but also the intangible forms of national influence other than weapons, war, and other forms of national defence that constitute what is called hard power. Soft power can be described as cultural diplomacy and civilisational influence in the broadest sense of the term. It includes intellectual, artistic, and spiritual factors, not just economic.

India is in a unique situation as a nation with its soft power influence, as the country is not just a recent modern political state like those of the Western world but one of the most important world civilisations over many thousands of years, perhaps, since the very dawn of history. Only China has sustained as enduring a civilisation, though India’s culture more strongly affected China, mainly through Buddhism, than China influenced India.

Meanwhile, Europe and Middle East saw the coming and going of many civilisations and empires, losing their ancient connections centuries ago, until gaining a prominence in the colonial era.

Soft power is gaining importance in this new era of information technology and mass media in which cultural influences impact more strongly the entire world. A country that cannot share or expand its culture is likely to become dominated by outside cultures, which can have long-term detrimental effects upon the identity and sovereignty of a nation, even putting it under the control of other countries, media or educational influences.

Generally, soft and hard powers go together. If a country does not have sufficient military strength, then its economic and cultural influence will likely be weak. Yet, if a country has little cultural strength or sophistication to go along with its hard power, then its military prominence on the world stage is also likely to be short lasting.

We can easily observe the strength of America’s soft power in how American music, clothing styles and fast food have spread worldwide along with US-based technology, cell phones, high-tech movies and computer games, and American economic influences overall. While American culture is seldom profound or artistic, it is commercially savvy, well marketed and has an enormous influence spreading an American way of life, including American thought and values on intellectual, political and economic levels.

We can observe how America uses its hard (military) and soft (economic) power together for its benefit, making sure that the world is open to US markets and dominated by the dollar as its prime currency, which includes the sale of weapons as one of its most important economic exports. While the West talks of multiculturalism, it is mainly Western and American culture, businesses and political values that it is promoting all over the world, much as in the colonial era, though soft power is the main vehicle rather than hard power as was the case in the colonial era.

India possesses a much older, more vast and profound culture than the West that existed long before the country’s Independence in 1947. Compared to the US, India’s culture is more diverse, less technological and harder to market in a uniform manner, touching not just the outer factor of life but the inner factors of higher awareness and our inner connection to the universe as a whole. India’s culture is not simply an economic force, though it has considerable room for economic expansion, but also a great spiritual power.

India’s profound culture has already spread throughout the world through yoga, ayurveda, Sanskrit, Vedanta and Buddhism, Indian music and dance, arts and crafts among its most notable forms. It has a modern culture of Indian cuisine, cinema and Bollywood, and current Indian music which can be added to these. This new modern presence of India’s culture reflects its earlier influence going back several thousand years throughout Asia, particularly through Buddhist and Hindu influences in Myanmar, Thailand, Indo-China and Indonesia but extending as far as China, Korea and Japan.

Yet, so far, there has been little overt effort on the part of the government of India to promote India’s culture as part of its political or economic identity. It almost seems that the government of India has lacked pride in Indic civilisation and its dharmic traditions, or respect for its global value, even when the rest of the world is embracing these. Yoga has gone global since Swami Vivekananda in 1893, and the World Parliament of Religions with the help of India’s gurus but not with much by way of government support or acknowledgement. Other countries like China have worked much harder to spread their soft power, including linking the Chinese community outside the country as an economic and political force.

Yet, soft power also means dialogue and communication. It should not be about one country or culture imposing its authority on all others. In this regard, India’s dharmic culture penetrated south and east Asia without disrupting the local cultures, but as part of their own natural unfoldment.

What is necessary is a new dialogue between civilisations. In this regard, a dialogue between India’s ancient dharmic civilisation and today’s dominant Western technological civilisation is essential. India can provide the spiritual wisdom to carry science and technology to a higher level. Yet, for this to occur, Western civilisation must recognise India’s civilisational value and learn to listen to an Indic point of view on society, humanity and the nature of the universe as a whole. This line of communication is already occurring as many gurus from India interact with political, social, educational and religious groups worldwide, but can be developed much further.

India is the world’s oldest pluralistic civilisation based upon a model of one truth, many paths, like a great banyan tree. It can provide the receptivity and pliability of thought necessary to carry humanity forward into the ecological and planetary era in which we can no longer think of one nation, religion or culture dominating the world.

2019 as the year of the Kumbh Mela in Prayagraj is an excellent time to highlight India’s soft power. The Kumbh is the largest human gathering in the world, perhaps the most colourful culturally as well as spiritually profound, where great yogis, sadhus and swamis come to meet with the common people. In this era of global travel, the Kumbh will feature many foreign guests and visitors. The central government of India under Prime Minister Narendra Modi and the state government of Uttar Pradesh under Chief Minister Yogi Adityanath have developed an extensive infrastructure and organised special events to highlight the Kumbh in a dramatic manner.

Clearly, yogic spirituality has been the central cultural focus of India’s soft power and can be developed much further. Traditional yoga is not just asana but also pranayama, mantra and meditation. It includes extensive yoga shastras on all aspects of human life, culture and cosmic consciousness that are worthy of new study, examination and application.

Ayurveda as a traditional medicine and healing tradition of yoga deserves much more attention and sharing at a global level. Ayurveda as a system of medicine is recognised by the World Health Organization, but has yet to become legal in the West, unlike Chinese medicine that is widely licensed as a recognised health care system in many countries outside of China. There is much room for ayurvedic practices and products to enter further into global healthcare, and become licensed in many countries in the east and west. Sanskrit is another important aspect of India’s soft power via both language and communication. In fact, we could call Sanskrit the language of India’s soft power.

India’s traditional science that is part of its meditation traditions is another area of educational soft power. It can help redefine science not just as an outer search for information but an inner exploration of consciousness. This is particularly important in medicine today for taking us beyond dependency on drugs and into yoga and meditation to help counter the growing stress, psychological unrest and unhappiness becoming prevalent in our high-tech culture. Ancient Nalanda University reflected India’s educational soft power for many centuries in the ancient and medieval world. New Nalanda like institutions can do so again today. The India that people in the world look up to is that of its yogic and dharmic traditions, ancient temples and sacred sites, gurus and deity forms. This should not be forgotten.

Soft power goes along with knowledge and India has always been a knowledge-based civilisation. The new knowledge-based era can be one in which soft power as a positive communication, non-violence and the recognition of human unity and the unity of all life overcomes hard power as ending up in war and conflict.

India’s soft power through its dharmic civilisation is not simply a national resource but a global necessity to awaken the wisdom of consciousness necessary to handle our new information technology in a peaceful, harmonious and creative manner.

Certainly, India’s dharmic soft power can transform humanity and civilisation, if it is developed and shared with the motivation and insight appropriate for its depth and vastness.