Would A Fragmented Pakistan Be Good For The Region? Not Necessarily 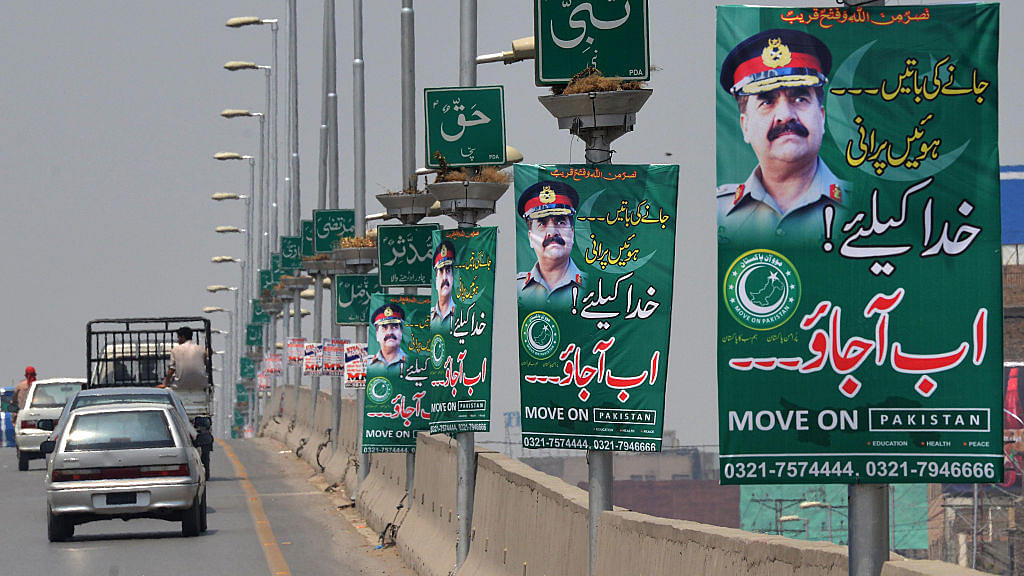 As the Pakistan Army waits with bated breath to know who its next chief will be, the question uppermost in the minds of the three contenders to take the top post would be: Can the truncated Pakistani nation survive as one (remember, Pakistan’s eastern wing was severed in 1971 and is now an independent, sovereign nation we know as Bangladesh)?

Forty-five years after India helped Sheikh Mujibur Rehman and Bengali nationalists in East Pakistan to separate from Pakistan, the old question has come to dominate thought among a small segment of South Asian strategic thinkers: With its multitude of challenges, is a united Pakistan on its last legs? Perhaps not.

Pakistan, famously known as the country ruled by Allah and the Army, will somehow blunder along to retain its current geographical boundaries, but the emotional and ideological divide is already deep. The artificial construct of Pakistani nationhood—it was created on the basis of religion alone —is fraying at the edges even after the Bengalis separated from the original Pakistani nation in 1971. The Bengalis at least had an apparent valid reason: their province (East Pakistan) was separated from West Pakistan by 2,000 miles of Indian territory in between and they were discriminated against by the ruling elite based in Karachi, Lahore and Islamabad.

Today the remaining provinces of Pakistan are geographically contiguous, but the divisions among its four major ethnic groupings—the Balochis, Pashtuns, Punjabis and Sindhis, not to speak of the Mohajirs (the Indian Muslims who chose to side with Pakistan)—is unbridgeable too. In the process of creating Pakistan, the cultures and histories of sub-nationalities like the Baloch, Pathan and Sindhi were suppressed and an irrational paradigm denied the existence of cultural differences on the assumption that religion would bridge the gap between sub-national identities. The strategies that Gen Zia-ul-Haq—Pakistan’s ruler in the 1980s—appropriated and propagated were based on narrow, medieval interpretations of Islam, which resulted in gender-biased attitudes and policies and militarised exhortations to take up arms for the sake of jihad.

It never was a promised land for the Muslims of South Asia. The first blow came with the secession of Bangladesh. Then came the Baloch and Sindhi insurgencies.

There is another big divide that has existed in Pakistan since its birth: the cleavage between its super-rich land-owning elite and the thousands of poor, uneducated commoners. In the past seven decades since Partition created two separate nations of India and Pakistan, the gap between the super-rich and those living in abject poverty has increased manifold. In India, on the other hand, a hardworking and ever-increasing middle class has given vibrancy to the country’s democracy.

Seventy years after its creation, Pakistan stands on the brink of disintegration. Its internal security situation is perilous; nearly 60 per cent of its police force is busy guarding the elite; half of its army (which has been defeated in every war that it has fought with India since 1947), is today battling insurgents and fundamentalists; its second biggest city—Karachi—is run and administered by the mafia; Pakistan’s economic condition is poor to say the least, but most importantly, it is a country taken over by the fundamentalists.

General Zia, having realised the power of proxy war, thanks to the American CIA and the Afghan Mujahideen who drove out the Soviets from Afghanistan, decided to employ the same tactics in Jammu and Kashmir. Proxy war became the instrument of state against India; the jihadis became Pakistan’s strategic weapon. However, the ISI had underestimated the Indian state’s staying power. Thanks to the Indian army and other security forces, Jammu & Kashmir has been brought back from the brink (occasional hiccups like the agitation in 2010 and the current phase of unrest notwithstanding). And as often happens, the jihadis bred in Pakistan’s backyard for use against India, have turned against the master. The Tehrik-e-Taliban Pakistan (TTP), the Afghan Taliban and assorted other groups, have turned on the Pakistani state. The time is not far when the fundamentalists would likely take over the reins of power in Islamabad.

In fact, one of the basic changes that have occurred in the Pakistani Army in the wake of General Zia’s regime is the creeping dominance of fundamentalists in the Army. Two generations of society with an ideology that does not look beyond the most radical forms of Islam has created an anti-Shia, anti-Hindu and anti-Ahmadiyya sentiment which cannot be overcome by simply eliminating the leadership of anti-Shia terror groups. These sentiments are now embedded deep in Pakistan’s DNA, among the rabble-rousers, the clergy and even within the armed forces. But the elite in Pakistan and particularly its Army leadership refuses to accept the reality.

This is typical denial, something that the Pakistani state has anyway perfected. For the foreseeable future, Pakistan will have enough human resources to continue the merciless and irrational war upon itself.

So is Pakistan ready to disintegrate? And is it good for the neighbourhood, particularly for India and Afghanistan?

We will come to that question soon but in the same context, about five years ago, the possibility of partitioning Afghanistan had been suggested by Robert Blackwill, a former US ambassador to India, as a way out. Blackwill had argued that the de facto partition offered the Obama administration the best available alternative to a strategic defeat in Afghanistan. The essence of Blackwill’s proposal was: “Washington should accept that the Taliban will inevitably control most of the Pashtun south and east and that the price of forestalling that outcome is far too high for Americans to continue paying the price of a defeat in Afghanistan.”

Although Blackwill’s proposal was roundly criticised, the fact remains that the government of Afghanistan has never accepted the Durand Line, the border between Pakistan and Afghanistan, and on the ground, its applicability is followed only in its breach. The Pakistan Army will be hard put to ensure its writ in the region with 15 per cent of its army being drawn from the area.

But to come back to the question whether Pakistan is ready to implode. With China, its all-weather friend, pumping in humungous amounts of money for its dream project—the China Pakistan Economic Corridor (CPEC), Beijing will do its best to ensure that Pakistan stays united. The Americans too cannot afford a disintegrated Pakistan, given the stakes it has in the region. These two big players in the international arena will ensure Pakistan does not implode for the foreseeable future.

For India too, a weakened but united Pakistan is a safer bet than a fragmented Pakistan, simply because India’s main focus is on economic progress and it cannot afford to have hordes of radicalised terrorists descending on its borders in case Pakistan implodes.

Today, a united Pakistan, tenuously held together by the only glue that binds—the Pakistani Army—will ensure that the terrorists keep fighting the Pakistani state rather than India. For a decade or so, this scenario suits India. By 2025, an India that is economically much much stronger than Pakistan, an India that is much more secure because of its economic heft, will perhaps be ready to face the fallout of an imploding Pakistan. Till then, the current policy of highlighting Pakistan’s atrocities in Balochistan, isolating the country diplomatically and keeping it off balance by a mix of calibrated military actions (like the surgical strikes) and other measures like revisiting the Indus Water Treaty, would be sufficient to meet the Pakistan challenge.