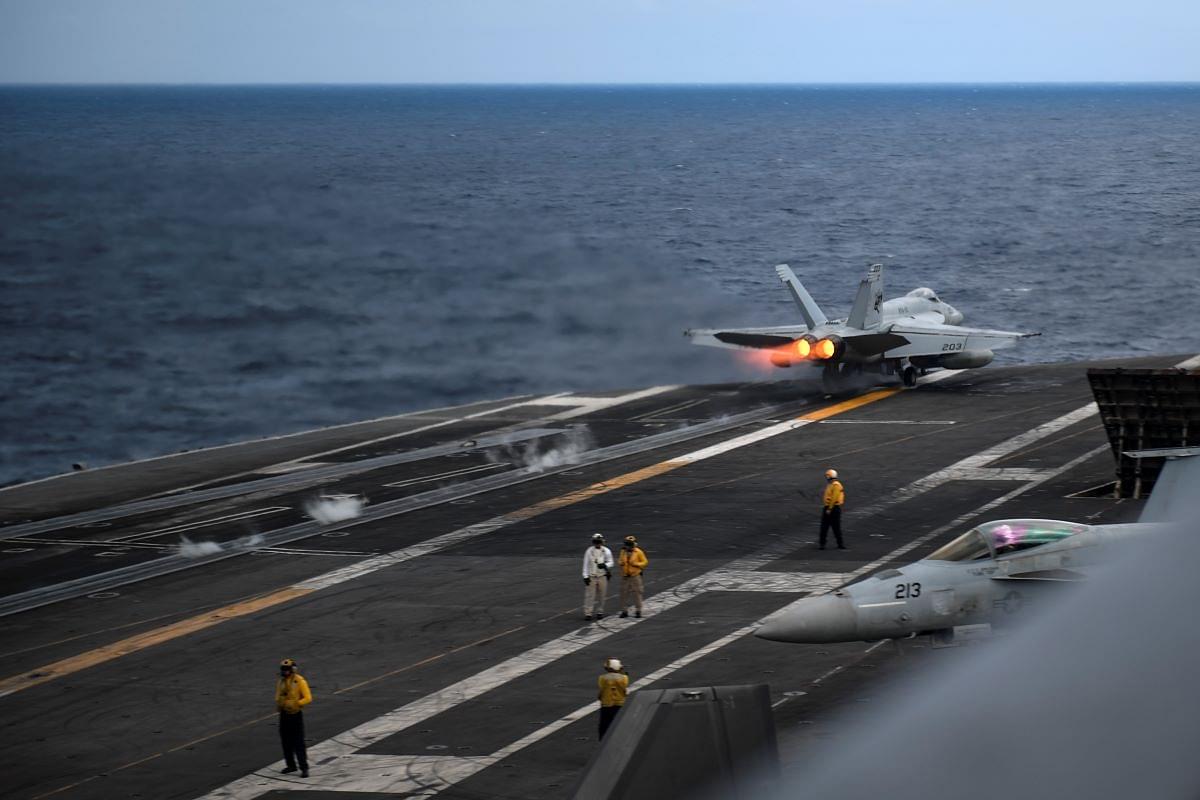 Seven US military personnel were injured on Monday (Jan 24) when an F-35C Lightning II, assigned to Carrier Air Wing (CVW) 2, suffered a landing mishap on deck of USS Carl Vinson (CVN 70) during a routine flight operations in the South China Sea, U.S Navy said in a statement.

"The pilot safely ejected from the aircraft and was recovered via U.S. military helicopter. The pilot is in stable condition. There were seven total Sailors injured; three Sailors required medical evacuation to a medical treatment facility in Manila, Philippines, and four were treated by on-board medical personnel." the Navy added.

The statement added that all the personnel evacuated were assessed as being in stable condition.

The statement did not provide any information about the condition of the F-35C aircraft and whether the USS Carl Vinson sustained any physical damage.

A multirole fighter, F-35 Lightning II integrates advanced stealth technology into a highly agile, supersonic aircraft. Each F-35C is estimated to cost $94.4 million and is manufactured by Lockheed Martin.

Drilling in the South China Sea