AAP Victory In Delhi Kindles Hope In JD(S) In Karnataka 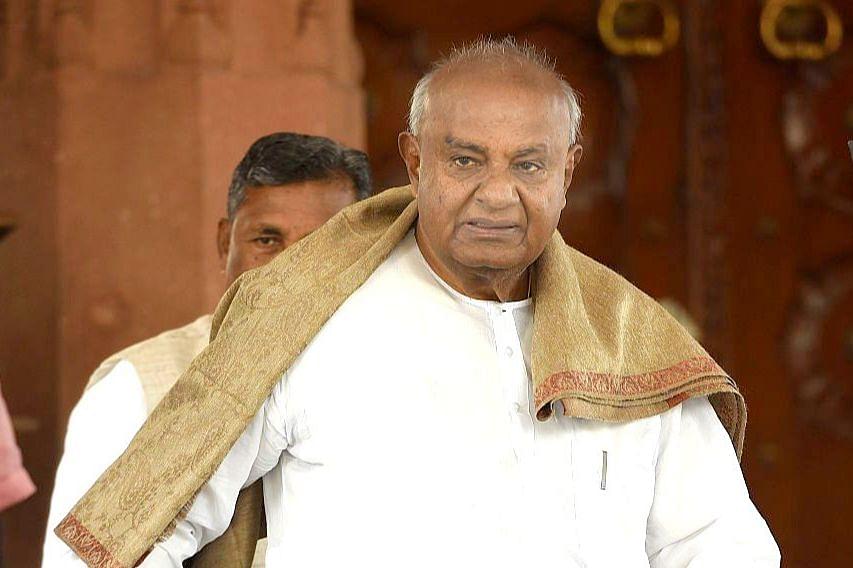 While most would expect a political sunset for Janata Dal (Secular) or JD(S) supremo H D Deve Gowda, he seems to be game for anything but retirement.

The recent victory of Aam Aadmi Party (AAP) in Delhi has reportedly boosted his spirits as he now seeks to revive the party and reinstate it by bringing together old Janata Parivar folks.

At the JD(S) national executive meeting held in Bengaluru on Tuesday, the Gowda patriarch said that he would reunite former Janata Party members by the end of the year. The 88-year-old former prime minister has also vowed to “rebuild and strengthen” the party by next assembly elections.

“I will go to the doorstep of all those who went away and bring them back into the party fold,” he said, as reported by Vijaya Karnataka. While former chief minister H D Kumaraswamy was not in attendance owing to his ill health, Deve Gowda sounded as determined as he could be when he said that age was no barrier.

“I will build the party with those leaders who are willing to die for the party and make efforts to bring the party back to power in 2023,” he added.

He proposed the idea of emulating the victory of the AAP which in his words came to power again as they went to elections using development and positive issues like drinking water, transport and education, unlike Bharatiya Janata Party which kept fighting in the name of Citizenship Amendment Act (CAA).

The JD(S), which won 36 seats in the May 2018 assembly elections, came to power in the southern state after 12 years in a post-poll alliance with the Congress. But the resignation of 14 Congress and three JD(S) rebel legislators in mid-July led to the fall of the 14-month-old coalition government on 23 July after Kumaraswamy lost the confidence vote in the 225-member assembly. The current number of JD(S) MLAs in the state is 34.

In a further fall of face, the party failed to win a single seat in the by-polls that followed. In the 2019 Lok Sabha elections too, the party which contested seven out of the 28 seats had to face a terrible defeat holding on to just one seat in Hassan.