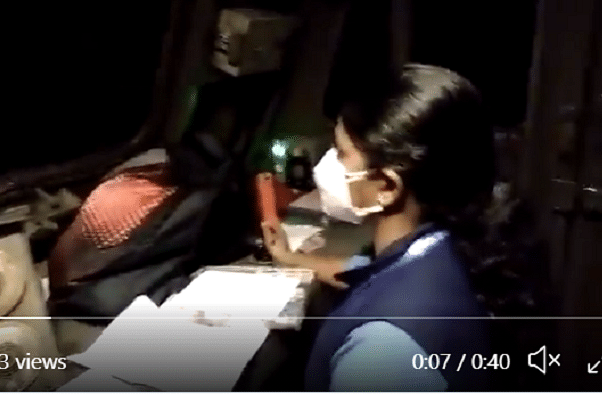 A woman loco-pilot part of the team that steered the Oxygen Express from Jolarpettai to Bengaluru.

The seventh Oxygen Express to Karnataka piloted by an all-female crew arrived in Bangalore with 120 tonnes of medical oxygen from Jamshedpur in Jharkhand recently.

According to the Railways, loco pilot Sireesha Gajini and assistant loco pilot Aparna piloted the Oxygen Express from Jolarpettai to Whitefield, Bengaluru.

"The Oxygen Express train piloted by an all-female crew will ensure continued supply of oxygen for Covid-19 patients in the State," Railway Minister Piyush Goyal tweeted on Saturday.

The state government has sought 1,200 metric tonnes of oxygen daily in view of rising Covid cases in the state.

Meanwhile, on a Mission Mode, the Railways delivered nearly 14,500 MT of Liquid Medical Oxygen in more than 884 tankers by 224 Oxygen Expresses
across the country.

Seventh #OxygenExpress to Karnataka has arrived in Bengaluru from Tatanagar.

This Oxygen Express train piloted by an all female crew will ensure continued supply of Oxygen for COVID-19 patients in the State. pic.twitter.com/C98m9PDIPh