After Being Denied Income From Its Premises For Over Two Decades, Chennai Kapaleeshwarar Temple Begins Getting Rs 2.5 lakh Monthly Rent 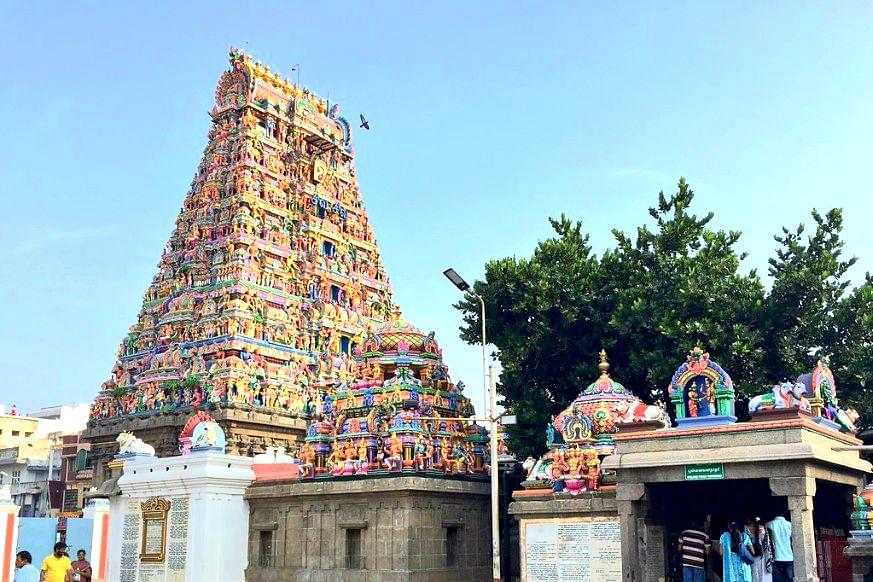 The Arulmigu Kapaleeshwarar temple in Mylapore area in Chennai, Tamil Nadu, has begun collecting a rent of Rs 2.5 lakh rupees per month from Central Bank of India and a garment shop for using its premises at a prime commercial area.

According to information provided by the State Hindu Religious and Charitable Endowments (HR&CE) Department to temple activist J Mohanraj under the Right to Information (RTI) Act, the bank and the garment shop have begun paying the rent to the temple following a Madras High Court order.

He raised the issue with the HR&CE Department in vain, forcing him to petition the Madras High Court last year.

Of the land taken on lease, about 4,300 sq feet was sub-let following which the building on which the bank and garment shop were housed came up.

In 2012, the HR&CE Department woke up to reality and began taking action.

In 2017, the HR&CE Department Commissioner ordered the temple authorities to directly collect the rent from both the premises.

But the temple administration failed to act for “extraneous reasons”, according to Mohanraj.

When he petitioned the High Court, it ordered the HR&CE Commissioner to take a final decision based on which a new agreement was signed between the temple, the bank and the garment shop in November last year.

This is one of the measures that has ensured that the temple has begun getting its due income from the lands and properties donated to it by various devotees.

Earlier, 12 grounds of the temple were recovered and it is now being used as a parking lot for the devotees, helping the temple get additional revenue.