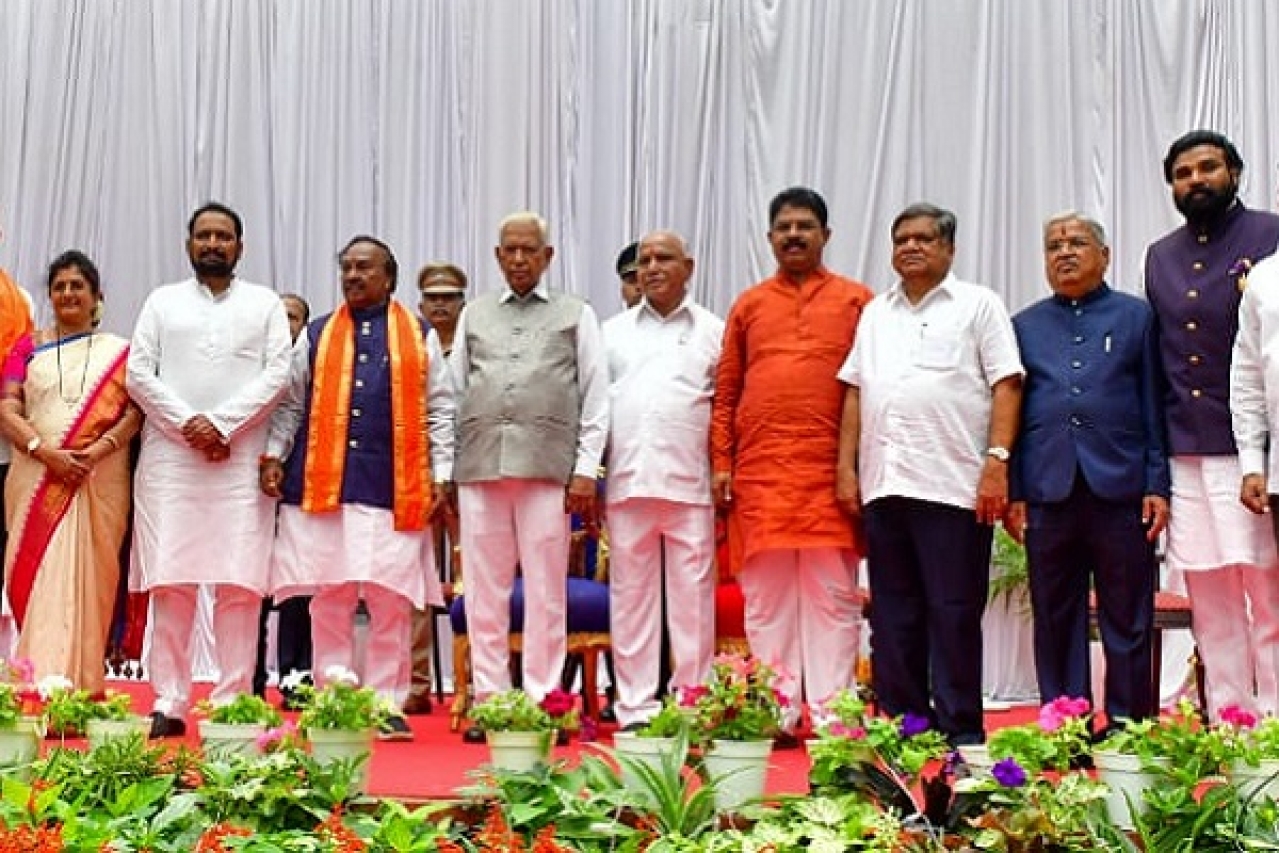 Chief minister B S Yediyurappa today (20 August) expanded his cabinet by inducting 17 cabinet ministers in his state government. Governor Vajubhai Vala administered the oath of office and secrecy to the new ministers at the Raj Bhavan.

The cabinet formation came nearly three weeks after Yediyurappa was sworn-in as Chief Minister of the state after defeating the Congress-JDS coalition government via Trust Vote.

Yediyurappa assumed office on 26 July and proved his government's majority on the floor of the Assembly three days later.

Within hours of Yediyurappa winning the trust vote, the state began to face the fury of floods forcing the new Chief Minister to plunge into managing its catastrophic consequences leaving him little time to perform the delicate task of cabinet formation.

He was running the government as a one man cabinet for 22 days, while also leading from the front to manage flood relief.

The list of ministers who were sworn in today are:

Yediyurappa's major challenge was to perform the tough task of balancing the caste equation as there are 39 Lingayat MLAs, the community that forms the bulwark of BJP’s support base in the state.

Another dominant community in the state Vokkaligas has three members in the cabinet - Ashwath Narayan, R Ashok and C T Ravi.

Yediyurappa attempted to strike a balance by giving adequate representation to other communities including two members from OBC - KS Eshwarappa (Kuruba) and Kota Srinivas Poojary (Ediga).

Two members of Dalit community - Govind Karajo and H Nagesh. Two members from the tribal community - Sreeramulu and Prabhu Chavan also made it to the cabinet.