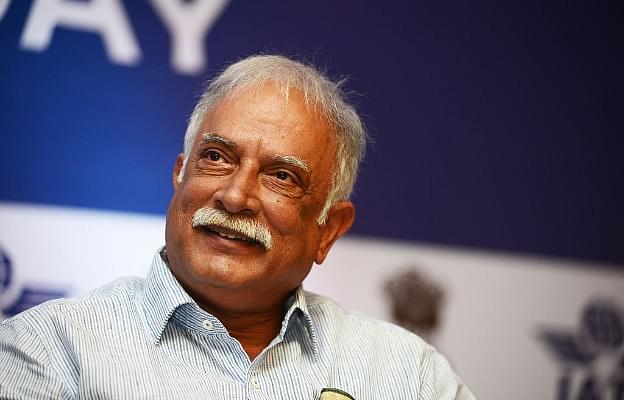 The Andhra Pradesh government has rejected former union minister Ashok Gajapathi Raju’s offering of over Rs 1,01,116 to the Ramatheertham Sita Lakshmana Kodandarama temple in Vizianagaram for installing new Sri Rama murti (idols) after the old one was vandalised by unidentified persons.

“First, they unilaterally dismiss me as the hereditary trustee/Chairman without as much a notice in complete contravention of Sec 28. Now, they reject my offerings to the Lord as a representative of the founder family for the vigrahas (murtis),” Raju tweeted.

The murti of Lord Sri Rama was damaged on 28 December night last year with the severed head of the murti being found inside the temple tank.

The desecration of the 1,500-year-old temple murti is among a slew of such attacks on Hindu worship places since the YSR Congress Party (YSRCP), led by YS Jaganmohan Reddy, came to power in May 2019.

Following the desecration of the murti, Y S Jaganmohan Reddy, in a swift reaction, dismissed Raju from the temple devasthanam (trust) chairman's post.

In a notification dated 2 January, the Andhra Pradesh Revenue (Endowments-II) Department said he was sacked from the post for his “failure to discharge his legitimate duties, addressing issues relating to temple security aspects and preventing idol vandalisation”.

Besides, the former union minister was also dismissed as chairman of the devasthanams of Pydithalli Ammavari Devasthanam in Vizianagaram and Mandeswara Swamy temple at Mandapalli in Rajahmundry district.

In his memo, M Girija Shankar, Secretary to the Government of AP, said that Raju, who is the devasthanam founder-chairman, failed to discharge his legitimate duties.

The incident resulted in a political slugfest between the YSCRP and the Telugu Desam Party (TDP) of which Raju is a key member.

The rejection of the Rs 1,01,116 by the Andhra Pradesh government is now seen as a continuation of the dispute between the two parties.

Raju’s removal from the trust of the three temples has drawn flak on the grounds that the YSRCP government has been unfair to carry out such drastic action without any inquiry.

The decision was also criticised for the reason that no one has been held responsible in Andhra Pradesh for the other attacks on temples since May 2019.

Raju’s sacking has been viewed more as blow in a TDP-versus-YSRCP battle, than as a step towards finding a real solution to the attacks on temples.

The former union minister contends that the rules with regard to his removal have not been followed as per Section 28 of the AP Charitable and Hindu Religious Endowments Act.

On social media, the Andhra Pradesh government's act of rejecting the offering was criticised as an “immature”.