Armed Battle Against Covid-19: How The Indian Forces Are Preparing To Pitch In To Fight Coronavirus Outbreak 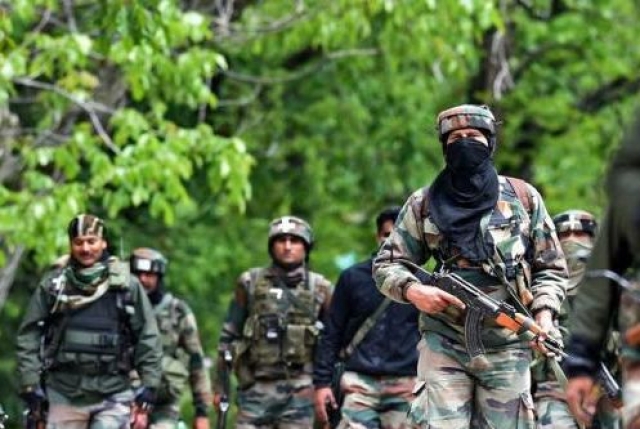 The armed forces of the nation have now trained their guns on battling this pandemic that has brought the entire nation to a standstill.

Even as Covid warriors across the country are doing their best to save lives, the Indian defence forces are going all out to help the nation battle this crisis.

Apart from the Rs 500 crore that the forces collectively contributed to the Prime Ministers relief fund, they have been actively involved in helping civilian authorities to fight this war against the virus.

As reported by the Economic Times, the Indian Army is training its men to help with management of the country-wide lockdown and to handle any law and order situation that may arise in the course of the current situation.

The training is mainly said to involve equipment like personal arms and scientific instruments to be carried, the clothes to be worn, the precautions to be taken for both themselves as well as treating civilians.

But the training is being provided keeping in mind the social distancing rules for Covid-19, which means training has to be conducted in small groups of 10 to 15, in contrast to regular training where the entire company of 100 to 150 men is trained at once.

Also the training is being conducted within the unit lines, as the training areas are not completely accessible owing to the lockdown.

The army also has to account for the reduction in troops owing to extension of leaves of those who had already availed it.

New training programmes are also being worked on as the troops would have to also address physical and mental issues that arise in such situations as well as respond to unusual situations like rioting and looting that may take place.

Although there have been no requisition of troops made as yet, the army, as reported, has been liaising with the state governments of Delhi, Karnataka, Maharashtra, Kerala, Uttar Pradesh and Rajasthan. Most of the states though, says the report, are well equipped to manage the situation at least for the next fortnight.

The men in uniform are being trained to sport the personal protective equipment (PPE) using expired PPE as there is currently a shortage of such clothing and additional PPEs are being procured.

They are also being trained to help rural areas deal with the pandemic, says the report.

That apart, efforts are also being made to take precautions against and the action in case there is a spread of the disease among its troops.

Various measures like reduced civilian contact, isolation of troops within the units, sanitising persons and vehicles, sanitising troops returning from temporary duty and banning entry of civilian vendors are being undertaken.

Even within the unit, care is being taken to ensure minimum interaction; the troops have been divided into small groups that maintain a distance of 500 metres, as reported.

These groups train, eat and live separately. “Different barracks have also been identified for different teams. Only one team can be at a particular part of the training area at a time,” said an army official, as quoted.