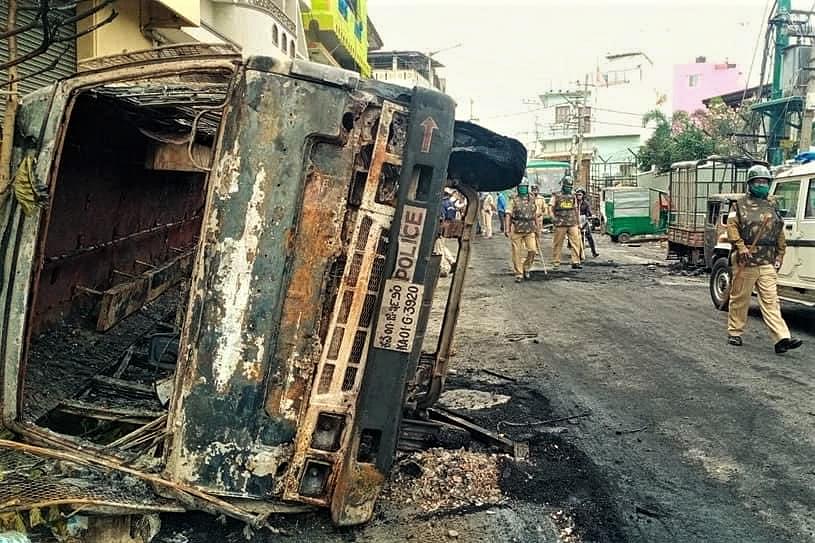 After over 10 months, the National Investigation Agency arrested the key conspirator for his alleged role in the Bengaluru riots case.

According to an NIA statement, the 38-year-old accused Syed Abbas is a resident of Govindpura in Bengaluru. Abbas is Nagawara block president of the Social Democratic Party of India (SDPI).

In the statement released on Wednesday (30 June), the NIA stated that Investigation revealed that accused Syed Abbas is the president of SDPI Nagawara, Bengaluru Ward. He along with his co-conspirators including other charge sheeted accused persons are office bearers of SDPI Nagawara and were actively involved in burning vehicles and attacking police officers on duty at KG Halli Police Station.

The NIA added that these conspirators had also set fire to K G Halli Police Station using Petrol bombs. Government vehicles parked in the vicinity of the police station were damaged and set on fire, the agency said.

After the NIA took over the case, as many as 138 persons have been chargesheeted by the agency for their involvement in the riots.

The agency produced Abbas before NIA special court in Bengaluru, which has sent the accused for a six day NIA custody.

Following these riots, in November 2020, the NIA had conducted widespread searches on 43 locations including four offices of SDPI and PFI.

The NIA had claimed that it had recovered incriminating evidence as well as lethal weapons like swords, knives and iron rods.

The violent clashes between the police and the mob started around the residence of the legislator and soon spread to the police stations.

The incident resulted in the imposition of a curfew in the affected areas. At least four people were killed after police opened fire on the rampaging mob while about 80 policemen were injured by armed assailants. Besides this Congress legislator Murthy's house and vehicles were torched during the violence.

Already several politicians are implicated in this case. After being on the run, former mayor Sampath Raj and corporator Rakeeb Zakir were also taken into custody on November 17 and December 3, respectively. Raj had been on the run for six weeks after escaping a hospital where he was undergoing treatment for Covid-19.

Bengaluru city police that is probing DJ Halli riots case believed Raj inflamed the riots in order to weaken Murthy, whom he saw as his political rival, and filed charges against him relating to arson at Murthy's residence.

The NIA and Bengaluru Police are continuing their investigations.