‘Bhabhi’ In Hathras and ‘Mausi’ in Agra? Jabalpur Doctor Has Allegedly Impersonated As Deceased Victim’s Relative In Two Cases In Two Years In Uttar Pradesh 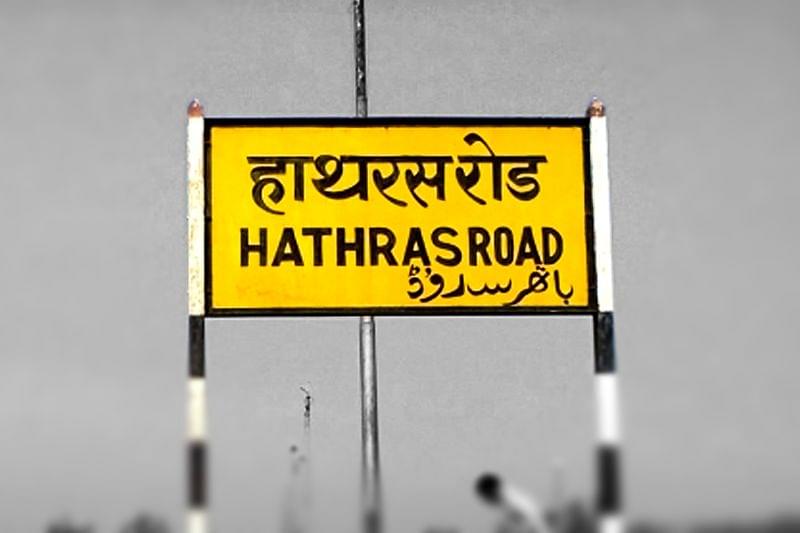 Among the several twists and turns in the Hathras case, there is one detail pointing to an alleged case of false identities being adopted by a woman in particular.

The police have reportedly said that she was masquerading as the sister-in-law, bhabhi, as the wife of the brother is fondly addressed, to the Dalit victim of the alleged rape and murder that took place in a village in Hathras, last month.

Intriguingly, "bhabhi" is not the only role she has played.

Jagran newspaper has reported that the woman appeared as "mausi" (maternal aunt) in the Sanjali muder case in Agra two years ago. She had visited Agra. She even tried to stop the cremation of the body.

However, the villagers intervened. She reportedly left after the police began investigations and her identity as "farzi mausi" (the woman masquerading as aunt), came up.

Her interest in cases of atrocities on women where caste is involved, crosses the line. Her role raises several doubts on her intentions, background, the support she gets and the motive.

The same report in Jagran says:

A rough translation of the claim in the Jagran report:

After the victim (Sanjali) passed away during her treatment at the Safdarjung (hospital), a woman and youth reportedly reached Laalau village. They started protesting after the body reached the village. She said that she is her (the victim’s) maternal aunt. She reportedly added that had the victim been of samanya jaati (general category), the chief minister would have visited (the village).

She reportedly announced that she won’t let the body be picked (for cremation). Following this, the youth accompanying the woman surrounded the body. Neither could the villagers and the victim’s family members comprehend what was going wrong, nor the police. Later, seeing their intentions, the villagers themselves ousted them.

As her images went viral on social media, thanks to the news clips and other material emerging from the Hathras case and coverage, Sanjali's relatives, villagers and policemen who investigated the Sanjali murder case, noticed the face. They have said that she was impersonating Sanjali's aunt in 2018.

The woman is said to be Dr Rajkumari Bansal from Jabalpur (Madhya Pradesh) and allegedly has Naxalite connections. She worked as a physician at Jabalpur's Netaji Subhash Chandra Bose Medical College.

The Special Investigation Team conducting the probe found that she stayed with the victim's family between 16 September and 22 September and has played a conspiratorial role in the case.

She has aroused the curiosity of many sections of the media who were on ground in Hathras reporting on the case and the victim's family.

This platform known for its women-centric and feminism-centred stance, says, "Reportedly, the woman stayed with the late survivor’s family for several days between September 16 and September 22. The police are on the hunt for the woman."

She broke her silence two days ago. She said that she has no connections with Naxals. She even raised questions on SIT's investigations.

She has been quoted as saying: "If it is true that I am involved with Naxalites, let the authorities prove it."

She has even alleged that her calls are being tapped. "I will be filing a report in the Jabalpur cyber cell in this regard," she said.

The woman has said that she was with the family on humanitarian grounds. She added that she has no relations with the victim's family. She said that the family liked the fact that a woman has travelled from far to be with them during difficult times, and it was on their insistence that she stayed back.

Jabalpur Medical College Dean P K Kasar has said: "The involvement of a government servant in such a movement is considered a serious misdemeanor. A notice will be issued to Dr Rajkumari Bansal and a clarification will be sought from her and action will also be taken as per the rules of the government."

The woman has said that the family was visited by Bhim Army president Chandrashekhar Ravan during her stay. She said: “During my stay, Bhim Army president Chandrashekhar Ravan came to meet the family. Some people and media persons shot my videos, which are now going viral on social media and some people have even called me a Maoist. Scandalous and baseless allegations are being levelled against me.”

She has been served a show cause notice for allegedly attending a protest against the Hathras case — the dean of the medical college in Jabalpur has said.