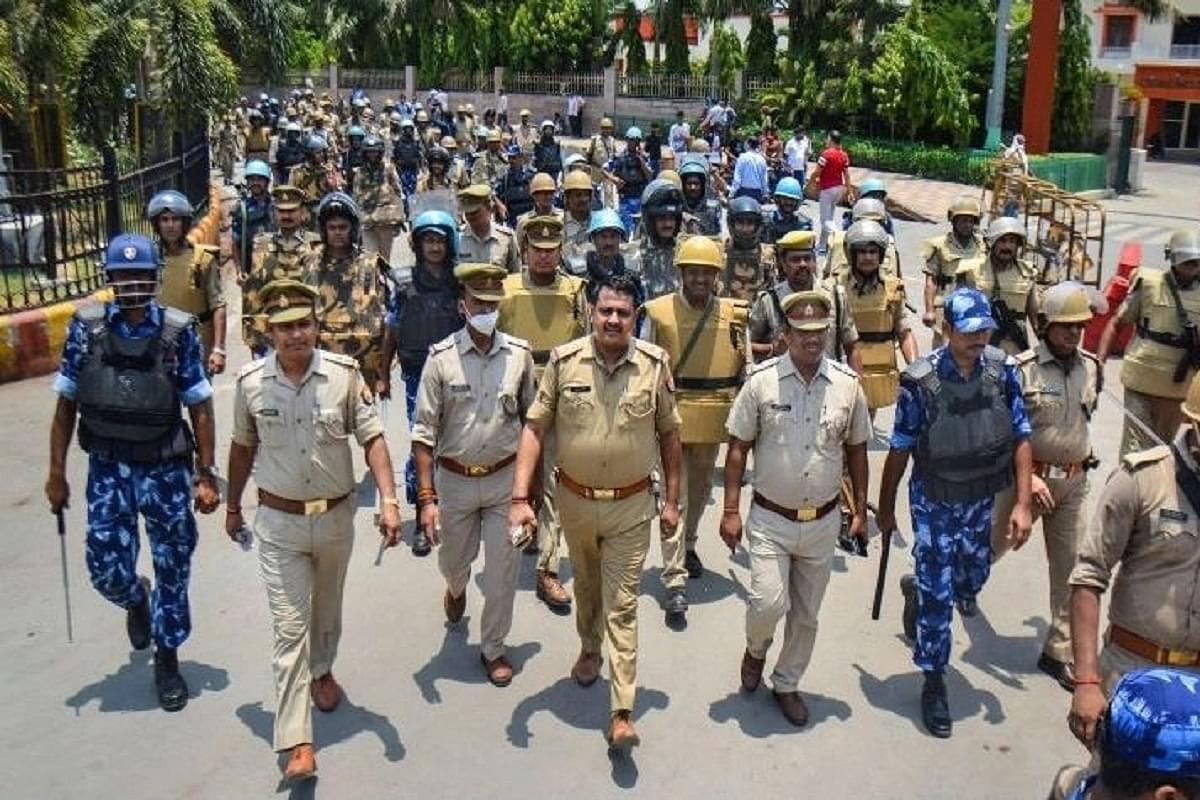 A call for ‘Bharat Bandh’ on Monday (20 June) was given by certain groups protesting the Agnipath scheme, a military recruitment programme. Joining the chorus, the Congress party, which is already holding dharnas against the questioning of its leader Rahul Gandhi by the Enforcement Directorate (ED), took part in the bandh.

Amidst the calls, security was tightened across India, especially at railway stations. In several places, Section 144 was imposed, even as normal life seemed unaffected.

In Andhra Pradesh, security was deployed at Vijayawada Junction Railway Station as well as other prime locations in the city. In Punjab, the police were on high alert on Monday. A day prior, protestors had blocked state highways.

In Uttar Pradesh, security arrangements were made in and around railway stations. Government Railways Police, Railway Protection Force and civil police were deployed in the wake of violent protests against the new military recruitment scheme.

Section 144 was imposed in Gautam Budh Nagar, which had seen violent protests disrupting law and order in the district, last week. A group of ex-servicemen had submitted a memorandum to the police demanding action against those creating havoc in the state in the name of demanding a rollback of the Agnipath scheme.

Due to heightened security arrangements, there were reports of massive traffic jams emerging from several places including the Delhi-Noida and Delhi-Gurgaon borders. Congress, on Sunday, had held a ‘Satyagraha’ at Jantar Mantar in Delhi. Congress leader Priyanka Gandhi, in her address, made a bid toward regime change at the back of agitation against the Agnipath scheme. Though she called for a peaceful protest, members of the Indian Youth Congress were seen disrupting trains and blocking railway tracks at Delhi's Shivaji Bridge Railway Station.

In Bihar and West Bengal, too, the administration beefed up security as a precautionary measure at railway stations to avert damage to property, arson, and other incendiary activities. Bihar police have arrested more than 800 people charged with large-scale violence and arson in the state. On Monday, the situation remained peaceful.

In Haryana, police informed that it would be conducting videography in case of protests erupting. As per ANI, Faridabad police spokesperson had told, "Videography will be done in view of the possibility of activities of anti-social elements during the bandh.

If the road is jammed or blocked at any place, then in coordination with the concerned supervising officer or station manager, or duty magistrate, the obstacle will be removed by talking to the people involved in the strike. No one will be allowed to take the law in hand.”

The Kerala police issued a statement to the media warning for strict action against those found to be causing destruction of public property and engaging in violence. In Jharkhand, schools were ordered to be shut and exams were postponed.

The Home Ministry has also been actively monitoring misinformation being spread on Agnipath scheme through WhatsApp groups. It banned 35 such groups which were found to be circulating fake news. Ten people have also been arrested, so far, on charges of rumour-mongering.