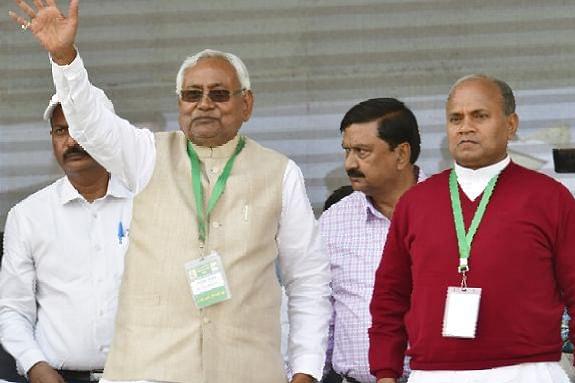 The polls for five Rajya Sabha seats from Bihar are due and the last date for filing nominations is 31 May. Union Minister of Steel, R C P Singh, former national president of JD(U) is seeking a renomination from one of the seats. However, the delay in renomination by JD(U) has led to speculations that all is not well between Singh and Bihar Chief Minister Nitish Kumar.

As per media reports, Kumar is unhappy about the closeness Singh shares with BJP’s leadership. He may be using the nomination to flex his muscles in case his indispensability in Bihar politics is under doubt.

In its alliance, BJP is the majority partner holding 72 seats while JD(U) has only 42 seats. Despite BJP state unit’s wish to replace Kumar with a face from within the party, the party’s central leadership has continued to support Kumar’s claim to Bihar Chief Minister’s chair.

BJP is contemplating nominating Singh from its quota of Rajya Sabha seats. However, it does not want to antagonise its alliance partner. The courtesy, however, has not been reciprocated by the JD(U), which seems to be drawing a line between the two parties.

Recently, Kumar has called for an all-party meeting to discuss caste-based census, which does not have the support of BJP. He has found a common ground with RJD leader Tejaswi Yadav, whom he met on 11 May 2022, on the issue of the caste-based census.

A growing realisation is that 71-year-old Kumar does not have a second in command, who can take the reins from him once he withdraws from active politics. Eyeing a vacuum in Bihar politics, Prashant Kishor, political strategist-turned-politician, has begun his political campaign from the state.

BJP, even after being a majority partner in the alliance, has allowed Kumar to continue as the Chief Minister, even as its state unit wishes otherwise.

However, it is only a matter of time before BJP comes on its own in Bihar, a fact that Kumar may not be ready to confront.