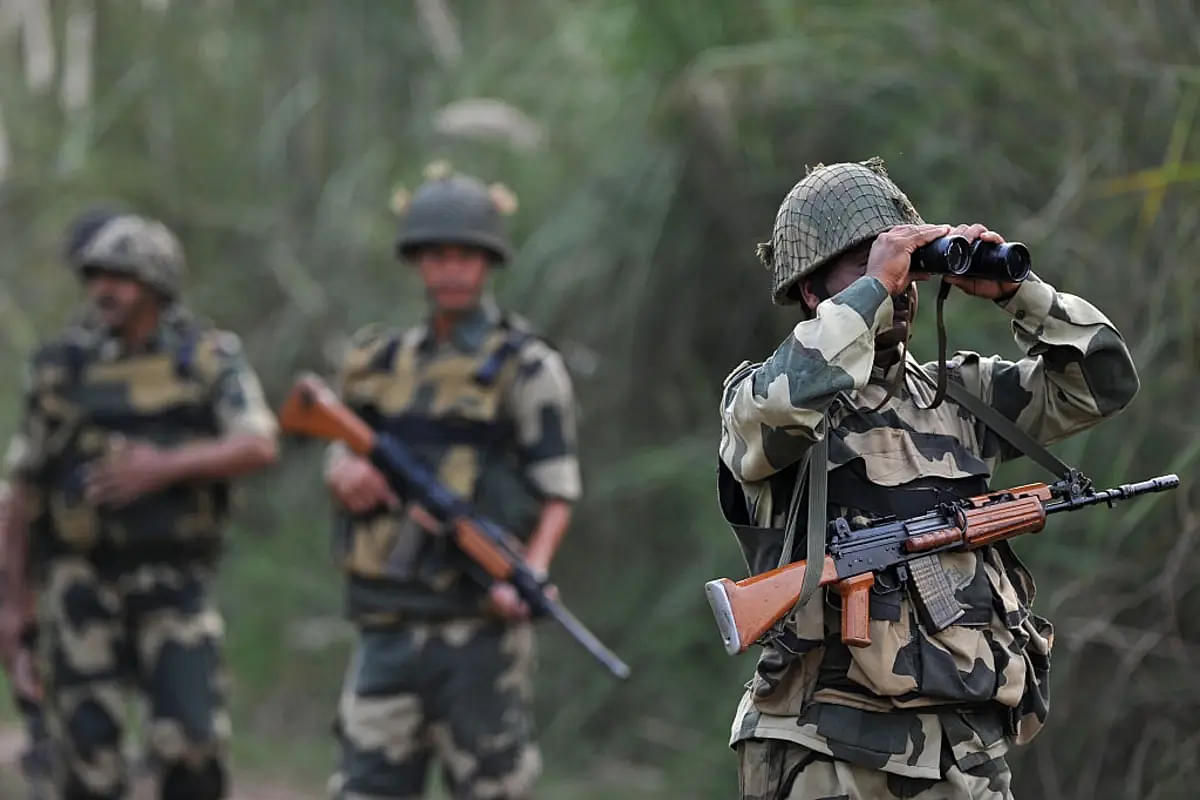 A blueprint that defines the extended jurisdiction of the Border Security Force (BSF) and its new logistical requirements in various frontier states has been prepared and is soon expected to be submitted to the Union Home Ministry led by Amit Shah, officials said.

The BSF guards over 6,300 kms of the Indian frontier with Pakistan in the west and Bangladesh on the eastern flank of the country.

The central government in October 2021 had issued a notification to amend a July 2014 enabling provision for the BSF personnel and officers while they operate in the border areas.

An exercise has been undertaken by the BSF along with its other sister agencies to identify and mark the new 50 km jurisdiction and its alignment on the ground as per the notification issued last year. This is part of the step-by-step implementation of the new government order.

The geographical locations, physical structures that will fall along the new axis have been identified, officials told PTI.

The requirement for having some halting points, posts and other logistical requirements for troops undertaking operations against cross-border crimes have been identified and will be placed before the Union Home Ministry in due time for approval, they said.

Once the proposal is approved, the new communication, logistics and required posts for jawans will be created gradually, the officials privy to the exercise said.

Officials in the security establishment said the force has undertaken a number of operations under the enhanced jurisdiction powers in various states over the last few months and every such action has been undertaken “after informing the local (state) police”.

The results have been good so far and the force has been able to check cross-border crimes like narcotics trafficking and cattle smuggling in about a dozen cases where it has undertaken operations under the new jurisdiction, they said.

The Union Home Ministry informed Parliament in December last year that the enhancement in jurisdiction “is aimed at empowering BSF to discharge its border guarding duties more effectively in the wake of use of technology like dynamic remotely operated navigation equipment (drones), unmanned aerial vehicles (UAVs), etc, generally having long range, by anti-national forces for surveillance as well as for smuggling for arms, narcotics and fake Indian currency notes (FICN).”

“It would also help in curbing the menace of cattle smuggling as smugglers take refuge in the interior areas outside the jurisdiction of BSF. There is no impact on the jurisdiction of state government,” Minister of State for Home Affairs Nityanand Rai had said in a written reply in the Rajya Sabha.

He was responding to a question after the governments of West Bengal and Punjab “expressed their apprehension that such a move encroaches upon the powers of the state government”.

“Their apprehensions are ill-founded. The extension of territorial jurisdiction of BSF would result in better and more effective control on trans-border crimes in conjunction and cooperation with the states,” the minister had said.

Rai stated that Section 139 (1) (i) of BSF Act, 1968, empowers the central government to confer powers and duties on members of the force in respect of any central acts for the purposes specified.