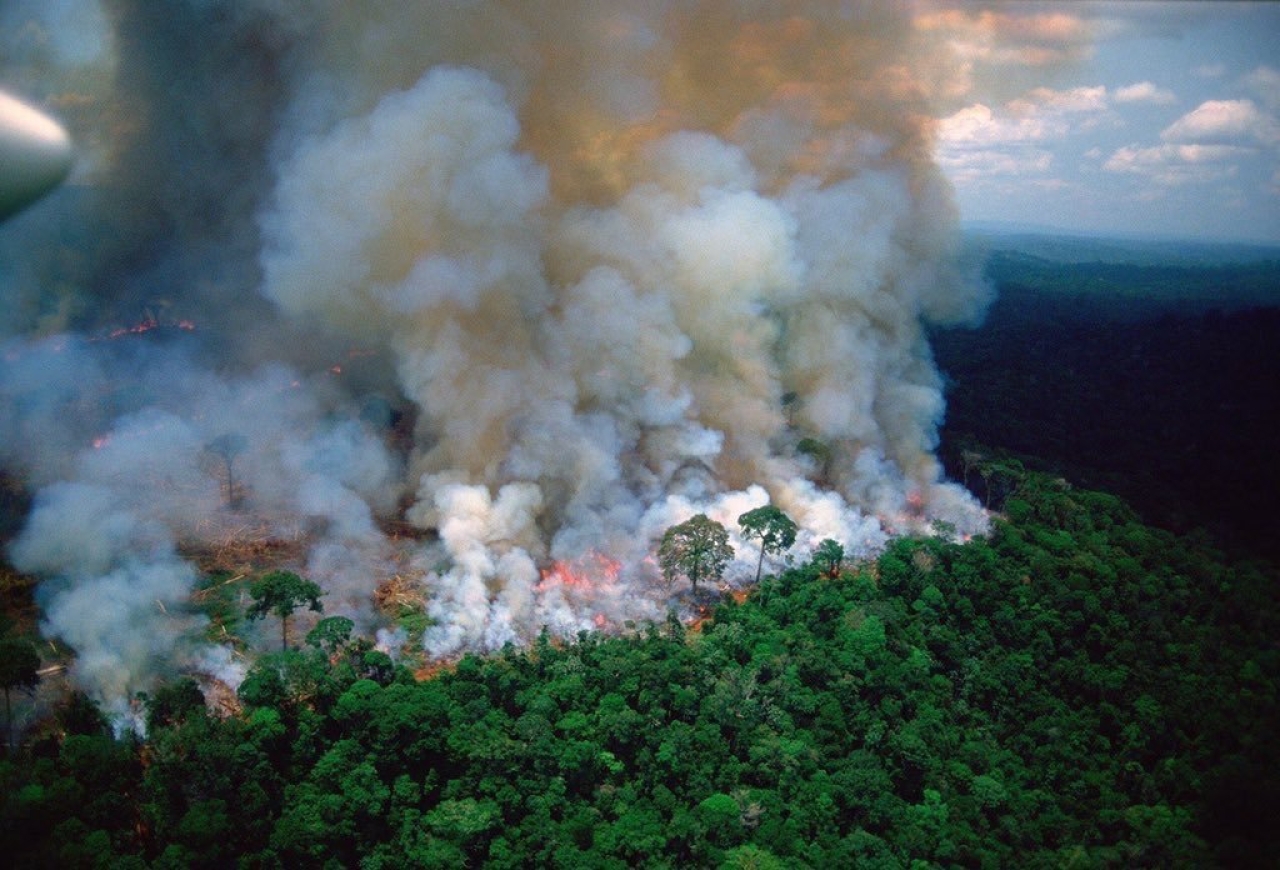 Brazil’s president Jair Bolsonaro has suggested that the massive wildfires that have engulfed vast swathes of Amazon rainforest could have been started by non-governmental organisations (NGOs) to make his administration look bad.

"Maybe – I am not affirming it – these (NGO people) are carrying out some criminal actions to draw attention against me, against the government of Brazil," Bolsonaro told reporters in Brasília.

“It could be ranchers. Everyone is suspicious, but the biggest suspicion comes from NGOs,” Bolsonaro added. When asked to provide evidence to back up his claims, he gave none but pointed out that charities have lost funding since he took office.

“NGOs have lost money... they are unemployed. What are they trying to do? Bring me down,” he claimed. Bolsonaro has also dismissed international NGOs and European leaders as foreign meddlers into national affairs.

"There is a war going on in the world against Brazil, an information war," Bolsonaro said.

Based on satellite imagery, Brazil's National Institute of Space Research (INPE) said there have been 74,155 fires in the Amazon this year as of Tuesday representing an 84 per cent increase from the same period last year.

This map, based on NASA data, shows the wildfires that have been raging across the Amazon over the last 24 hours (as of 8:32 am GMT)

Bolsonaro has often advocated opening up the Amazon for commercial activity and has been dismissive about environmentalists’ concerns about its destruction. He has often blamed environmental nonprofits for acting as a hindrance to kickstart Brazil's economy.

Echoing Bolsonaro's think, Brazil’s environment minister Ricardo Salles too has said that solution to illegal logging in the Amazon is to “monetise” it by opening up areas to commercial development.

In an interview to Financial Times, Salles said that the laws and regulations that were enacted and used for the past 10 or 20 years were too restrictive to the development of Amazon areas. "That is why people go over to the illegal activities, to the criminal activities, because they don’t have a space to do something within the law,”  he pointed out.

Climate activists and conservationists have been highly critical of Bolsonaro government and its policies, which favour development over conservation. Gruesome images from the wildfires have emerged since they began about three weeks ago.

Amazon, the world's largest tropical rainforest, is often described s "the lungs of the world," absorbing greenhouse gases that would otherwise harm the planet. Amazon is also home to about three million species of plants and animals, and one million indigenous people.

Environmentalists view the rainforests as one of the world’s biggest bulwarks against climate change. It is viewed as a critical piece of the global climate solution without which the activists think it will be impossible to keep the Earth’s warming in check.

Get Swarajya in your inbox everyday. Subscribe here.
Tags:
194 Shares