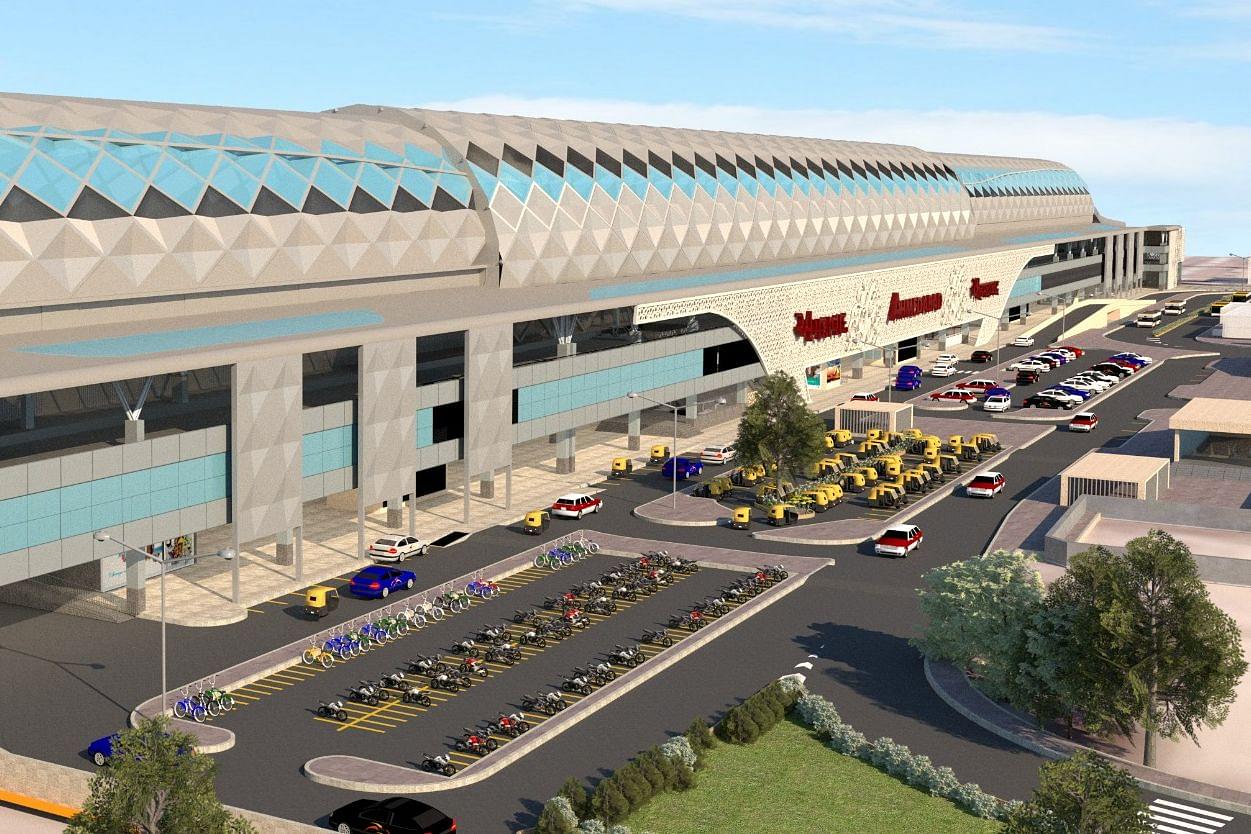 An artist’s impression of the bullet train project.

The bullet train project has gathered steam with technical bids for corridor alignment and station building work firming up amid the Covid-19 pandemic.

In the last few days, NHSRCL has opened three technical bids covering 64 per cent (325 km out of 508 km) of the total high speed corridor alignment including five stations at Vapi, Bilimora, Surat, Bharuch and Anand/Nadiad out of 12 stations.

Mumbai-Ahmedabad HSR will traverse through Western Railway’s Ahmedabad Junction Railway Station and shall be integrated with the Saraspur side of the existing Ahmedabad station.

Ahmedabad high speed station will be built over the existing railway platform numbers 11 and 12.

To ensure seamless integration of the high-speed railway station with other modes of rail transport, NHSRCL has designed a user-friendly station layout for Ahmedabad.

An integrated building for passenger transit is planned on the eastern side of the existing railway station, where passengers will be able to swiftly switch from one mode to another.

This building will be equipped with escalators and elevators and will house many passenger convenience facilities like a ticket booking office, passenger lobby, tea/coffee kiosks and other amenities etc.

The integrated building shall provide connections to Western Railways’ existing foot over bridges to facilitate passenger movement to and from platforms and underground metro station on Saraspur side.

The construction of a high-speed railway station over existing railway lines will be challenging. Along the railway tracks there are multiple utilities like platform sheds, offices, signalling and telecom cables, pipelines, electrical cables, tracks etc, which are being shifted before the commencement of the construction activities.

Sabarmati being the terminal station of the Mumbai-Ahmedabad HSR Corridor, NHSRCL has planned to develop it as a vibrant Multimodal Transport Hub in the region.

In order to achieve seamless integration of various transport modes around the HSR station, a multi-modal transit terminal has been planned on the east side of Sabarmati HSR Station which shall ensure smooth traffic flow in the influence area of the station.

The multi modal integration schemes focus on integration of existing and planned transit facilities in the station area. The available right of way (RoW) along the existing road network has been optimally utilised for planning the inflow/outflow of estimated traffic in horizon years.

A new road under bridge (RUB) has already been constructed to provide direct entry to the proposed site of Sabarmati HSR Station. This will facilitate station construction without interference with the existing railway network on a day-to-day basis.