Chacha's Chagrin: Shivpal Yadav Gets 'No Positive Reaction' From Nephew Akhilesh Yadav On Unity For 2022 Polls, Refuses Merger With Any Party 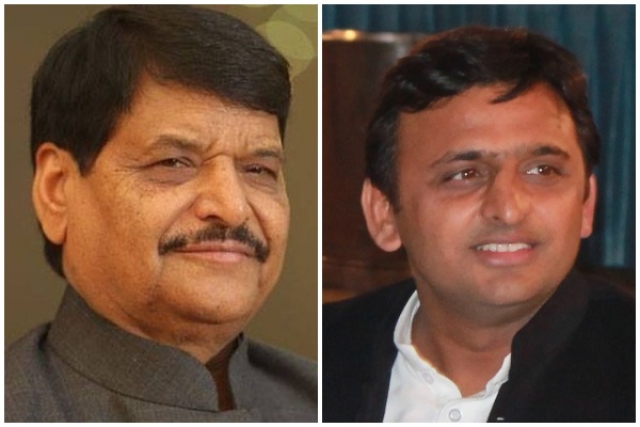 Samajwadi Party supremo Akhilesh Yadav's uncle Shivpal Yadav has reportedly said that the Samajwadi Party has not responded to his call for unity in all socialist parties for the Uttar Pradesh Assembly elections.

He had called for unity through an alliance to defeat the Bharatiya Janata Party (BJP) weeks ago.

The brother of former supremo of SP, Mulayam Singh Yadav, Shivpal Yadav had left SP after the 2017 Assembly polls.

Weeks ago, he had said that all socialist parties must unite to defeat the BJP.

He has now said that there has been no "positive reaction" to his call from the Samajwadi Party. Shivpal Yadav has called this "unfortunate".

Their preparation for the Uttar Pradesh Assembly polls, which will be held in 2022, was expected to see them as allies to defeat the Bharatiya Janata Party, after Shivpal Yadav spoke out for unity weeks ago.

He wasn't the only one showing willingness for cooperation.

He had said that he will give his uncle a cabinet berth if the party forms a government in the state and make adjustments.

Akhilesh Yadav was asked by the media whether he will form an electoral alliance with his "estranged uncle".

To this, he had added that Jaswantnagar seat was his uncle Shivpal Yadav's seat, and that the Samajwadi Party (led by Akhilesh Yadav) had "vacated" the seat for him.

Reportedly, Shivpal Yadav has rejected the proposal from Akhilesh Yadav. He has also ruled out a merger with any party and has said that his party will continue its independent existence.

Shivpal Yadav has said that he wants to assure his workers that there will be "no compromise" and that his party will not merge with any other party. He has, once again, appealed to the non-BJP parties to unite.

Akhikesh Yadav, meanwhile, is said to be focussing more on allying with smaller political groups instead of bigger political parties.