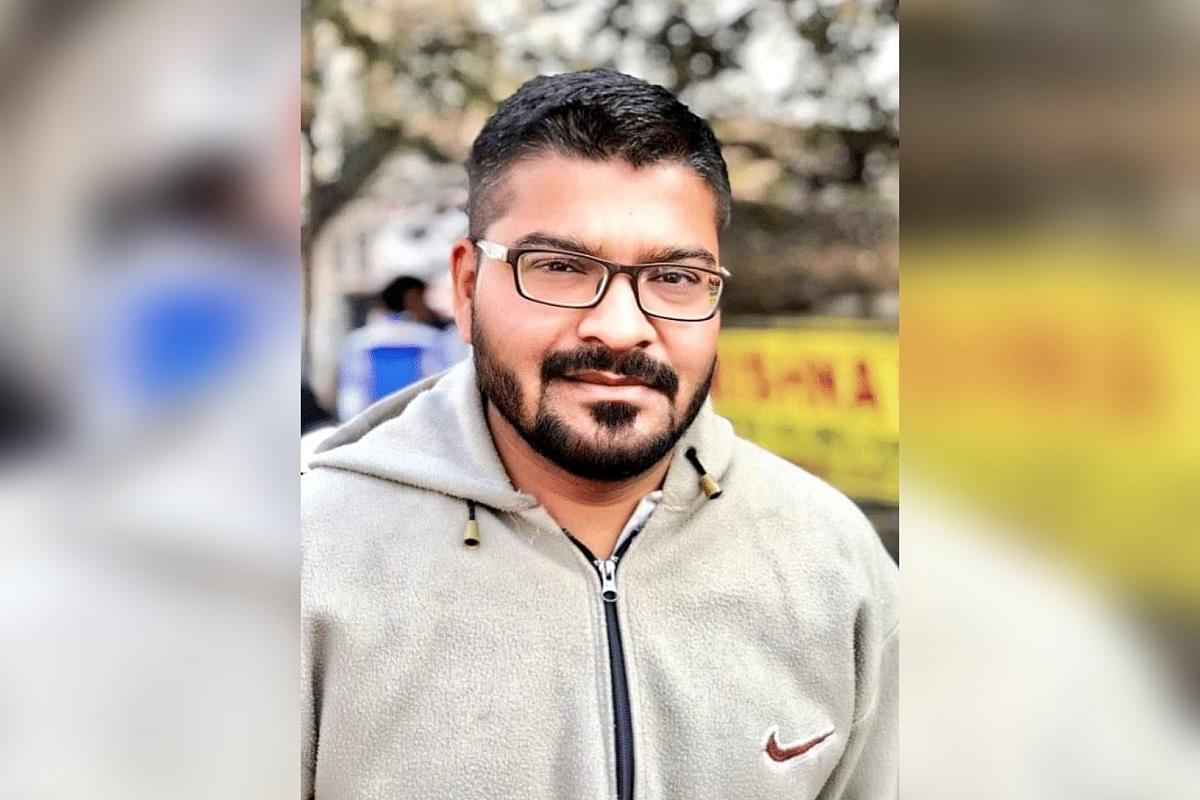 Swarajya recently reported that the Chhattisgarh Police arrested a journalist for a media column against the state government on 2 March, booking him under IPC sections related to “promoting enmity” and “spreading rumour”.

The move was heavily criticised by the local media fraternity.

Now, the police have slapped additional charges of trafficking and earning from prostitution against the journalist even as his family and the local media have slammed the move as a witch-hunt.

The FIR Against The Journalist

Nilesh Sharma, 38, runs a portal named ‘Indiawriters.co.in’ and a magazine named India Writers. He writes a column titled "Gurhwa Ke Maati", which is said to be quite popular.

Last month, he wrote a column about the endless wait by Congress leader and state Health Minister T S Singhdeo of becoming the chief minister as promised.

In 2018, when the state went to elections, Congress party came to power. However, chaos soon erupted as supporters of two big leaders — current Chief Minister Bhupesh Baghel and Singhdeo — wanted their man to be the chief minister.

The senior party brass in Delhi suggested a compromise, where both were to serve as chief minister for two-and-a-half years each. The order was verbal and made only to calm down the clashes between party workers.

More than two-and-half years have passed since then, but Baghel is still serving as Chief Minister of the state.

The FIR was registered on 2 March at Raipur’s Civil Lines Police Station on the statement of a local Congress volunteer named Khilawan Nishan (FIR number 133/2022). At that time, the police invoked IPC sections 504 (intentionally insulting), 505(1)(b) (spreading rumours) and 505(2) (statements promoting enmity) against Sharma.

Below are the contents of Nishan’s complaint:

That he has been an active Congress worker for the past 20 years and supports both Bhupesh Baghel and TS Singhdeo.

Various media publications routine try to defame Congress leaders and propagate fake news with a secret agenda. They are a part of “godi media”. A few months ao, one ‘Pawan News’ portal published fake news against TS Singhdeo for which he (Nishan) registered a complaint with the police and the journalist was later arrested.

Another portal named ‘indiawriters.co.in’ that publishes a column named ‘Ghurwa Ke Mati’ has been circulating fake news for a long time aimed at negatively affecting the popularity of the government and create ruckus among party functionaries and workers. An article with the headline ‘Wah Wah Khel Shuru Ho Gaya’ published on March 1, 2022, contains misleading facts.

Fictitious enmity between Congress party members has been reported, which appears to have been written with a covert agenda to defame the Congress Government and the Congress Party and, above all, to malign the image of “Maharaj Saheb” (Singhdeo).

Usage of words in that article makes it quite clear that the agenda of the portal is nefarious. A careful reading of the content makes it quite clear that the purpose of this article is not only to spread rumours but also to weaken the image, popularity and hold of the Congress government among the people of the state. This is unbearable for a grassroots worker of Congress like (Nishan).

The said portal has been continuously trying to kill democracy by misusing freedom of expression given to the press and media. The police must ban the portal and arrest the journalist (sic).

The journalist was arrested the same day. The same week, the police shifted Sharma from Raipur to Bilaspur jail, which is more than 100 kilometres from Sharma’s house.

A press release was recently issued by the Civil Lines police that states that the police have added IPC sections 67(a) (punishment for publishing or transmitting material containing sexually explicit acts) of the IT Act, along with sections 4 (punishment for living on the earnings of prostitution) and 5 (procuring, inducing or taking person for the sake of prostitution) of Immoral Traffic (Prevention) Act (PITA) in the case.

The press note, which curiously bears no date or signature at the end, lists seven points regarding the ongoing investigation against Sharma.

The note says that at the time of arrest, the police seized Sharma’s mobile phone and new allegations were added after going through the contents in the phone.

The note says that Sharma’s WhatsApp chats show that he was into extortion. Some of the chats are with “prostitutes”. The police also found pornographic content on the mobile phone, the note says.

Sharma was part of an online group where he exchanged information with other people, and all of them ran a ‘fake news’ racket, the note says.

This correspondent called up the Civil Lines Police Station in charge to confirm the additional charges. However, the person who answered the call said that the case is “high profile” and he was not authorised to share any details with the media.

Notably, this was the same response that this correspondent received in a call made at the time of Sharma’s arrest.

On the citizens’ portal of the state government, the FIR status of the case also says “sensitive”. Sharma’s portal has been inaccessible since his arrest. The page says it’s under maintenance.

Praphull Thakur, vice-president of the Raipur Press Club, is among the few journalists in Chhattisgarh who are actively protesting the case against Sharma. This correspondent called up Thakur, who called the state government’s move “dictatorial”.

He said, "The Congress government of Rahul Gandhi, who talks about free press, cannot tolerate the slightest criticism of it in Chhattisgarh. Case after case of intimidation of journalists, assault on journalists by Congressmen and arrest of journalists show that the space for neutral journalism is shrinking in the state.”

Thakur argued that if the government believed that Sharma was spreading 'fake' news, why it did not hand over the case to the 'Fake News Committee' existing in the state.

A mediaperson from Bilaspur, on condition of anonymity, called the action against Sharma a “witchhunt”. He said that some months ago, another journalist was made to sit in the police station for the whole day for not adding ‘honorable’ before the name of a Congress leader in his report.

Former chief minister Raman Singh, a member of the Bharatiya Janata Party, has lent his voice to the issue, saying that “that those who promised to bring a law to safeguard journalists are the ones targeting them over satirical articles”.

He said they were rubbish and he did not find the allegations worthy of a response.

He said, "The police picked up Nilesh in the evening [on 2 March] and took him to the police station. We were informed about his arrest on reaching the Civil Lines Police Station around 11 pm. When we reached the jail to meet Nilesh the next day, we were not allowed to meet him. After this, Nilesh was transferred to Bilaspur jail on Saturday citing administrative reasons.”

He added, “If writing satire is a crime, then the government should also ban poets and their conferences”.