'Chinese Conduct Has Been In Complete Disregard Of All Mutually Agreed Norms': MEA Issues Strong Statement 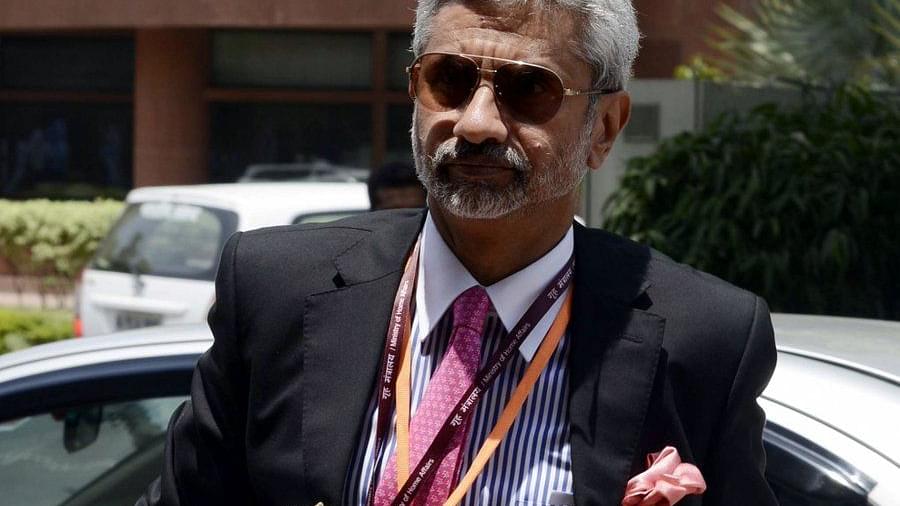 The stopping of India's "normal, traditional patrolling pattern" in the Galwan Valley area by Chinese troops in early May led to a tense situation across the Line of Actual Control and caused the relationship between two countries to deteriorate, India''s Ministry of External Affairs said on Thursday.

In early May, the Chinese side had taken action to hinder India's normal, traditional patrolling pattern in the Galwan Valley area, MEA spokesperson Anurag Srivastava said.

On 5 May, there was violence at Galwan Valley between Indian and Chinese troops which was widely reported. Clashes happened in Pangong Lake but the situation was brought under control.

Srivastava said: "The resulting face-off was addressed by the ground commanders as per the provisions of the bilateral agreements and protocols."

But then China started tension across the Line of Actual Control (LAC), he said.

"In mid-May, China sought to change the status quo in other areas of the western sector," he said.

In response, India, in recent days, has made position clear on the unfolding developments in the region.

On 20 June, India had provided the relevant facts and clearly established it has been the "Chinese actions thus far which have led to increase in tension in the region and also to the violent face-off of 15 June with casualties".

The MEA has stated that New Delhi had registered protest against Beijing''s actions through both diplomatic and military channels, and made it clear that "any such change was unacceptable".

Subsequently, senior commanders from both sides met on June 6 and agreed on a process for de-escalation and disengagement along the LAC that involved reciprocal actions.

"Both sides had agreed to respect and abide by the LAC and not undertake any activity to alter the status quo," Srivastava said, adding that the Chinese side, however, departed from these understandings in respect of the LAC in the Galwan Valley area and sought to erect structures just across the LAC.

"Thereafter, both sides remain deployed in large numbers in the region, while military and diplomatic contacts are continuing," he said.

It was found that since early May, the Chinese side has been "amassing a large contingent of troops and armaments along the LAC", Srivastava said, adding that this is not in accordance with the provisions of various bilateral agreements, especially the key 1993 Agreement on the Maintenance of Peace and Tranquillity along the LAC.

This notes, in particular, that "each side will keep its military forces in the areas along the LAC to a minimum level, compatible with friendly and good neighbourly relations between the two countries".

"Obviously, the Indian side had to undertake counter-deployments and the resulting tension has thereafter expressed itself," he said.

Respecting and strictly observing the LAC is the basis for peace and tranquillity in the border areas and explicitly recognised so in the 1993 and subsequent agreements, the MEA spokesperson said.

He said that Indian troops are fully familiar with the alignment of the LAC in all sectors and abide scrupulously by it.

They have been patrolling all along the LAC, including in the Galwan Valley, for a long time, and all infrastructure built by the Indian side has always been on its own side of the LAC, he added.

"The Indian side has never undertaken any actions across the LAC and has never attempted to unilaterally change the status quo," Srivastava said.

However, that has not been reciprocated by the Chinese side and that from time to time has led to face-offs, he added.

Over many years, both sides have developed patterns of patrolling and it is a reasonable expectation that patrols will not be obstructed in the discharge of their legitimate duties, the MEA spokesperson said that unfortunately, India has experienced, in the last many years, obstruction to patrolling that often accompany efforts to unilaterally change the status quo.

Noting that to provide for situations where the two sides encounter each other, a set of procedures and norms have been mutually agreed upon, and are reflected in a number of agreements and understandings, he said, adding that while there have been occasional departures in the past, the conduct of Chinese forces this year has been in complete disregard of all mutually agreed norms.

"The deployment of large body of troops and changes in behaviour has also been aggravated by unjustified and untenable claims," he said.

The recent shift in the Chinese position on the Galwan Valley is one example, he said.

The MEA spokesperson stressed that it is imperative that the established mechanisms are used by both parties to address the current situation.

The meeting of the Working Mechanism for Consultation & Coordination on India-China Border Affairs (WMCC) on Monday was, therefore, a significant development.

"It was preceded by a discussion among senior military commanders on 22 June that focused on implementation of the understandings reached between them on 6 June," he said.

Srivastava said that Foreign Ministers of the two countries had a conversation on June 170 and had agreed that the overall situation would be handled in a responsible manner, and that the disengagement understanding of June 6 would be implemented.

"We expect that the Chinese side to sincerely follow up on this understanding and ensure the expeditious restoration of peace and tranquillity in the border areas," said the spokesperson adding that a continuation of the current situation would only vitiate the atmosphere for the development of the relationship.