Contract Manufacturer Foxconn Begins The Production Of iPhone 13 In India 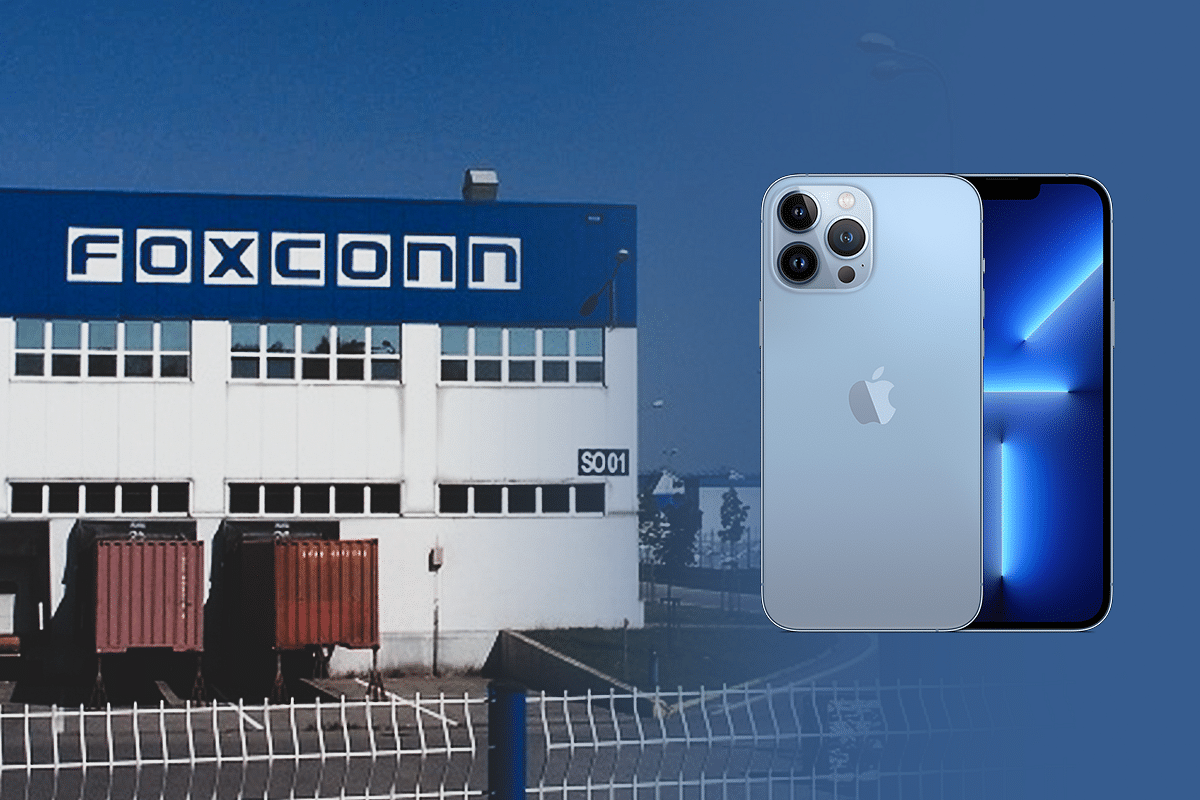 Foxconn, Apple’s contract manufacturer in India has put into action its plans to start assembling iPhone 13 in India. As per this report, the premium smartphone will be produced at the Taiwanese manufacturer’s Tamil Nadu factory. Foxconn was also the second-largest exporter of iPhones from India in 2021-22 with its models, iPhone11 and 12.

As reported earlier, under the Production Linked Incentive (PLI) scheme Apple’s exports from India for the financial year 2021-22 were being pegged at Rs 10,000 crores.

While the government’s PLI scheme has played a pivotal role in boosting the manufacturing of smartphones in the country, strained and further souring Sino-US ties are also a major reason behind the American smartphone giant’s move to diversify its manufacturing locations which are heavily concentrated in China.

The marketing of the iPhone 13 made in India might begin soon, given that the trial production has already begun. Further, the phone’s price starts at Rs 79,900 for a 128GB storage configuration and goes up to Rs 1,09,900 for a 512GB model. Whereas, a 256GB storage will burn a hole of Rs 89,900 in the consumer’s pocket.

Domestic production of the phone will help Apple save 20 per cent on the import duty but how much of it translates into and discounts the final price point for the customer is yet to be known.

Apple is eyeing to push its phones in India, the 1.3 billion-strong world’s second-largest smartphone market, where till now, it hasn’t had much of a foothold. This report states that the company recorded a 34 per cent jump in its sales at around 2.3 million units in Q4 of 2021.

Counterpoint Research has attributed this growth to a renewed strategy including the opening of an India online store, rationalising the discounts, and starting company-owned retail outlets in multiple cities in the coming quarters.

In a statement, Apple reaffirmed, “we are excited to begin making iPhone 13 — with its beautiful design, advanced camera systems for stunning photos and videos, and the incredible performance of the A15 Bionic chip — right here in India for our local customers.”

Pegatron, which is Apple's second-largest contract manufacturer in the world, will also begin assembling in India this month under the PLI scheme with the target of producing goods worth more than Rs 8,000 crores in India.

In all, five global and local firms each have been selected under the scheme. The global firms include – Samsung, Foxconn, Rising Star, Wistron, and Pegatron.

Also Read: India's Smartphone Stages A Strong Recovery In 2021, Clock 11% To 12% Growth With Highest Ever Shipment Of Nearly 17 Crores