‘Crocodiversity’: Uttarakhand Gears Up For A Unique Population Count Of The Reptile, With The Help Of Drones 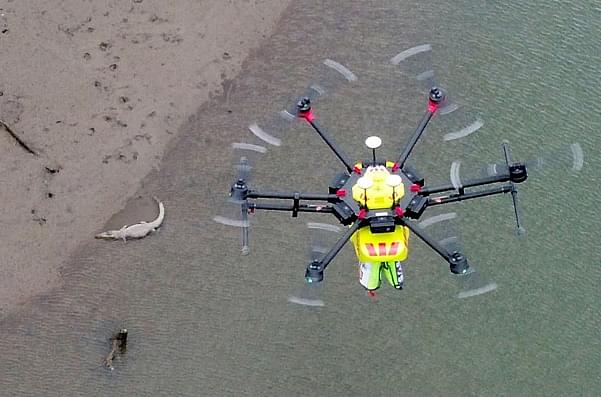 A drone mapping a crocodile.

Uttarakhand is initiating a unique drive to take a headcount using drones. The state, known for its biodiversity, will be taking an account of its alligator and crocodile population across a long stretch — which extends from the Nepal border up to Haridwar.

The state forest drone force is gearing up for the first-of-its-kind headcount drive,  which will start later this week. According to this report, it will be carried out across 10 days.

From the Sharda river on the Nepal border, to parts of the state in Shivalik, Rajaji National Park and the Corbett Tiger Reserve, the exercise will aim at covering a 6,370 sq km area.

In 2008, a count done in limited parts of the areas believed to be home to crocodiles and alligators revealed 123 and 321 such reptiles, respectively.

As per an official quoted in the report, the count will be done with the help of drones, which will be fixed as per the flow of the water body or river.

Pictures and videos will be captured at a given time. The data from the drones will be studied to arrive at the actual numbers.

The effort, after a similar exercise undertaken in a western patch in 2016, is expected to reveal the real such reptile count this time.

Like other crocodile-rich states, Uttarakhand, too, has had instances of crocodile-human conflict and in 2018, the state had come up with plans of setting up two crocodile parks in Haridwar district.

The Uttarakhand government may also look at the prospects of collaborating with Gujarat for the exploration and celebration of what could be called ‘crocodiversity’.