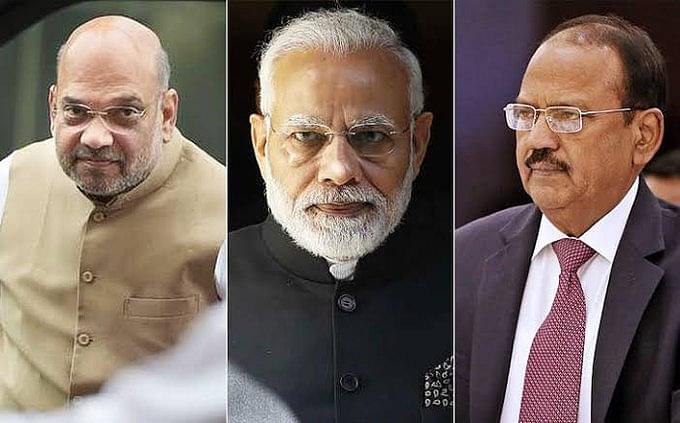 The Constitution (Application to Jammu and Kashmir) Order, 2019 presented in the Rajya Sabha by Home Minister Amit Shah integrates the state of Jammu and Kashmir with the rest of the country.

Several political leaders, including Omar Abdullah (National Conference), Ghulam Nabi Azad (Congress), Mehbooba Mufti (PDP) and others have called the order “unconstitutional”. Others argue that Article 370 is the cord that connects the state to Union of India, if abrogated, it will open a Pandora's box.

So, what does the order exactly state, and under what provisions was it passed?

The order states that it supersedes the previous order- Constitution (Application to Jammu and Kashmir) Order, 1954 as amended from time to time.

It was the 1954 order that put in place Article 35A- the bedrock of the special status of Kashmir providing state legislature the power to determine who were the residents of the state, and confer special privileges on them. Therefore, as the 2019 order supersedes the 1954 order, Article 35A stands abrogated.

The 1954 order was passed by the Government of India in concurrence with the government of the state of Jammu and Kashmir under Article 370(1). Article 370 was included in the Constitution after the state signed instrument of accession with India in 1947 and became operative in 1952.

The Article 370 itself, in clause 3, states that the President of India may declare the article inoperative through a public notification. However, it states that the recommendation of state constituent assembly would be necessary to issue such order.

Such an amendment of Article 370 through presidential orders is not new. Article 370, via orders, has been modified many times in the past.

It is to be noted that the government didn't take the route of amending the Constitution as provided under Article 368. Instead, it utilised the Article 370 itself. The constitutional amendment route would have been a longer one with requirement of two-third majority etc.

Further, the 2019 order doesn't scrap Article 370 in its entirety. Article 370 (1) remains in effect, including sub-clause (c), which is the provision legally connecting the state with the Union of India (Article 1). However, as the term constituent assembly has now been replaced by legislative assembly of the state, it paves the way for clause 1 to also be done away with entirely.

However, the 2019 order extends the Constitution of India to the state, bringing it at par with the other states, making the Article 370(1)(c) redundant. The order construes Governor of the state of Jammu and Kashmir acting on the advice of Council of Ministers as the ‘Government of the State’, similar to other states in the union.

To sum up, the charge of the Constitution (Application to Jammu and Kashmir) Order, 2019 and the reorganisation bill being unconstitutional seems hollow. Constitution expert Subhash Kashyap maintains the same opinion. “I can only say, constitutionally it is sound, no legal and constitutional fault can be found in it,” said Kashyap.