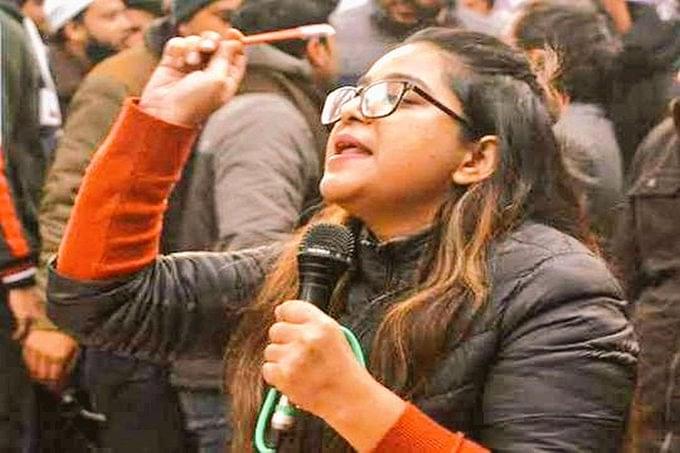 Jamia Millia Islamia Student Safoora Zargar was granted bail on Tuesday (23 June) by the Delhi High Court in the case against her under the anti-terror law Unlawful Activities Prevention Act (UAPA) for her alleged role in the north-east Delhi communal riots in February this year.

The court 's decision has come after the central government made it clear that it had no objection to her bail on humanitarian grounds, as the Jamia Coordination Committee member Zargar is 23 weeks pregnant.

Representing the central government, Solicitor General Tushar Mehta submitted to the court that the government agreed on her release on humanitarian grounds subject to conditions, News18 said in this report.

The HC, mentioning the conditions of her release, said she shall not take part in any similar activities for which she has been charged. The HC also barred her from leaving Delhi without seeking permission from the concerned court.

The court also stated that the MPhil student and Anti-Citizenship Amendment Act (CAA) activist must not attempt to hamper, influence or interfere into the ongoing investigation against her while also being in touch with her investigation officer.

Zargar had petitioned in the court seeking her bail on the grounds of her pregnancy and "severe medical complications".

She had been arrested on 10 April for her alleged role in conspiring to instigate the communal violence in north-east Delhi that claimed over 50 lives and left hundreds injured.

Mehta, while noting the centre's consent, made it clear that this had nothing to do with the merits of the plea and this should not turn into a precedent.

However, Mehta, appearing for the Delhi Police, had yesterday opposed her bail plea. He denied that pregnancy was a valid ground for bail and said that 39 deliveries had been conducted in Tihar Jail in past 10 years.

The Delhi police, in its status report, stated that the gravity of her alleged crime does not dilute because of her pregnancy and also that she was receiving proper medical care in the prison.

"There is no exception carved out for pregnant inmate, who is accused of such heinous crime, to be released on bail merely because of pregnancy. To the contrary, the law provides for adequate safeguards and medical attention during their custody in jail," read the Delhi police status report which was quoted by News18.

"It is respectfully submitted that till date 39 deliveries have taken place in Delhi prison in last 10 years," added the report.