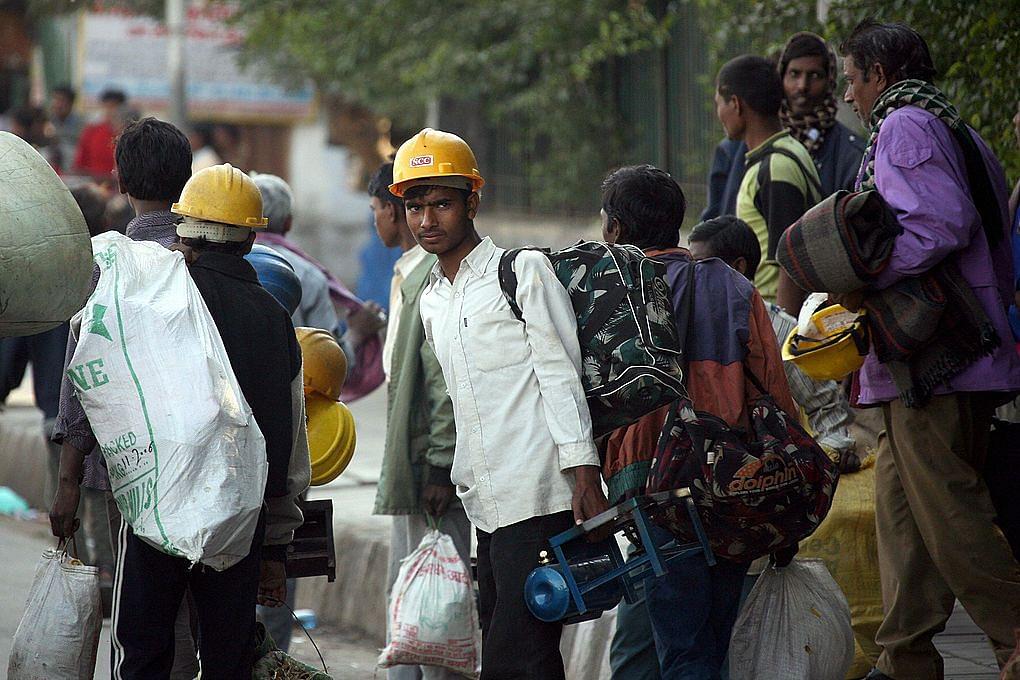 India’s informal economy has shrunk to around 15-20 per cent of the formal GDP as against 52 per cent three years ago thanks to the implementation of GST, accelerated digitalisation, and demonetisation, a report by the State Bank of India’s (SBI) economic research department has said.

'For India, post 2016 plethora of measures which accelerated digitisation of the economy, emergence of gig economy have facilitated higher formalisation of the Indian economy - at rates possibly much faster than most other nations." the report noted.

Over the last couple of years, the government has made many efforts for formalisation, the SBI report added.

At least Rs 13 lakh crore of economic activity has come under the formal economy through various channels over the last few years, the report stated

Using the monthly EPFO payroll report( which provides data on establishments remitting first ECR (Electronic Challan-cum-Return) in a particular month) as one measure of the extent of formalisation, SBI researach estimated that almost 36.6 lakh jobs have been formalised till Aug’21

The SBI report noted that government's recently launched E-Shram portal, ,India’s first national database of unorganised workers through which social security schemes are facilitated, is a big step towards the formalisation of employment. The report calculates the rate of formalisation of unorganised labour due to E-Shram at around 17% (Rs 6.8 lakh crore / 3% of GDP) in just 2 months

Over 5.7 crore workers have registered in the E-Shram portal until October 30. Sixty-two per cent of workers are in the 18-40 age group, and 92 per cent have a monthly income of less than Rs 10,000, the report said.

According to the SBI report, workers from the agriculture sector account for 55 per cent of registration, followed by the construction sector (13 per cent).

"The E-Shram is a big step towards the formalisation of employment as our calculation indicates that till date the rate of formalisation of unorganised labour due to E-Shram is around 17% / Rs 6.8 lakh crore / 3% of GDP in just 2 months." Dr. Soumya Kanti Ghosh, Group Chief Economic Advisor, said.

"Even in Agriculture, the usage of KCC cards has increased significantly and we estimate Rs 4.6 lakh crore formalisation only through KCC route, with more marginalized farmers coming under the banking sector ambit through such usage. The total number of insurance and pension accounts that have been opened across several schemes for the unorganised as well as organised is as much as 68.9 crore." he added.

The SBI report said that formalisation of an economy is a positive outcome from a policy perspective. As per IMF estimates, even Europe informal economy is estimated at 20% of GDP, the report pointed out

The SBI report estimated 11.4 crore tax paying households. It noted that 8.5% of the total population contributes to Rs 75 lakh crore or 65% of the private final consumption expenditure and cross subsidises 91.5% of the population.

"It is important and ethical that even as we formalise, we must support honest tax paying households through a better designed tax structure, particularly indirect taxes on items like fuel!" report recommended.