Double Whammy: Pakistani Hindus Being Pressured To Pay Fines For Over 100 Muslims Who Destroyed Temple 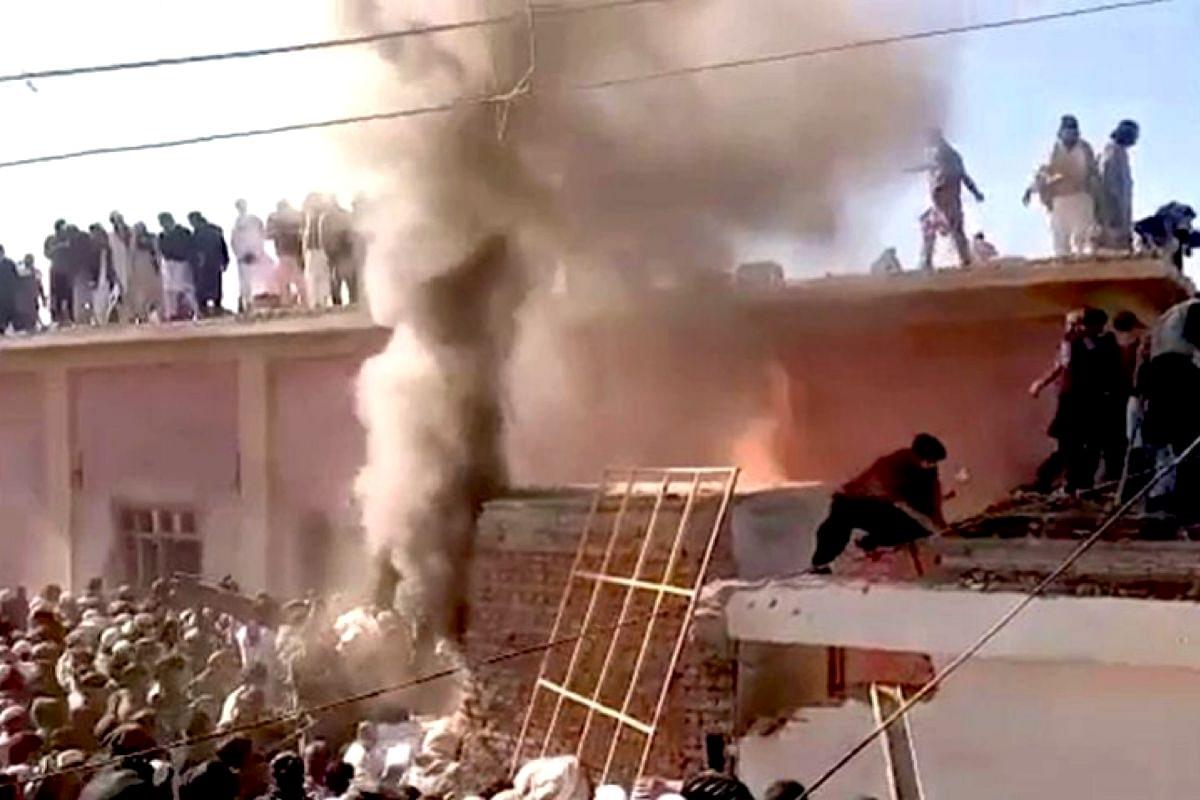 In December 2020, a Hindu temple in Pakistan was set on fire by a violent religious mob belonging to the Islamic country’s majority population.

A year later, it is the Hindu community that is being pressured by clerics and majority population to pay fines on behalf of the more than 100 people booked for the attack. They have already paid fines for 11 key accused - an amount totalling Rs 30 lakh (around INR 12.5 lakh).

The attack took place on 30 December.

A crowd of what looked like thousands of men, led by clerics, arrived at the temple located in the village of Teri in Karak district of Khyber Pakhtunkhwa region. They began to rip apart the temple’s bricks and then set it on fire.

Watch a video of the attack here:

The temple burnt in Khyber Pakhtunkhwa today was built in 1919. Closed by locals in 1947. Was restored in 2015 on orders of Supreme Court of Pakistan.
Entire Pakistan only has 30 functional temples, as per reportspic.twitter.com/CnFY2814mp

There was reportedly no one inside the temple that time.

Though the temple always remained under threat from extremist Muslims, the trigger of the attack was reportedly the suspicion that the temple management was ‘expanding’ the premises. It was later revealed that the caretaker of the temple had built a room adjoining the temple to live in.

The police reportedly said that the mob had gathered promising a ‘peaceful’ protest, but incendiary speeches by clerics triggered them into vandalism and violence.

A fine of Rs 268,000 per person has already been paid by the community.

All the 123 other accused are now demanding that the Hindu community pays their fines too, the Hindu leader told the newspaper. The district administration sent them notices on 26 October to pay fines.

The Hindu leader said that the local administrative head was not helping Hindus rebuild the temple, giving in to clerics who are creating hurdles in the temple’s reconstruction.

As per the report, the Supreme Court of Pakistan had ordered Rs 30 million to be recovered from the accused.