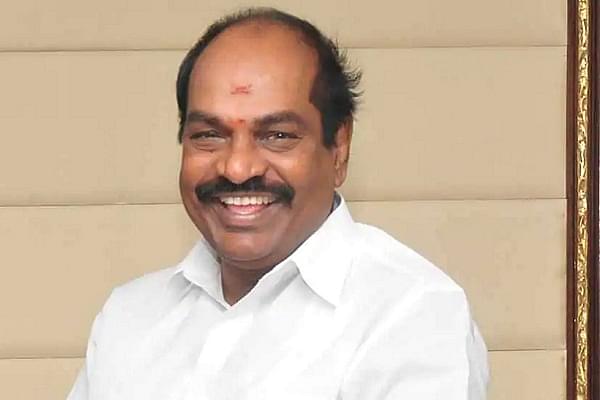 The Enforcement Directorate (ED) has seized properties worth Rs 89.19 crore belonging to DMK MP S Jagathrakshakan and his family members for acquiring foreign securities in a Singapore based company in violation of Section 4 of the Foreign Exchange Management Act (FEMA), The New Indian Express has reported.

Jagathrakshakan is a sitting member of the current Loksabha. He was elected from Arakkonam Lok Sabha seat in the 2019 parliamentary election. A businessman-politician, he has been elected four times since 1996 from the Arakkonam seat. Jagathrakshakan was a minister of state for commerce and industry in the UPA government under Dr Manmohan Singh.

The ED launched a probe against Jagathrakshakan over charges of acquiring foreign securities by violating the provisions of FEMA.

Investigations revealed that on 15 June 2017, Jagathrakshakan and his son Sundeep Aanand had subscribed to 70,00,000 shares and 20,00,000 shares respectively (valued at Singapore $ 1/- per share) of Silver Park International Pte. Ltd., Singapore, without obtaining the approval of the Reserve Bank of India.

In March this year, Sri Lankan officials announced that Oman oil ministry and Silver Park International PTE Ltd - a Singapore investment vehicle owned by India's Accord Group had agreed to build a $3.9 billion, 200,000 barrel per day oil refinery next to the Chinese-controlled Hambantota port.

The Jagathrakshakan controlled Singapore company Silver Park International Pte Ltd was reported to be the primary investor bringing in 70 per cent of the share capital — a total of $1.89 Billion — in the project running into billions of dollars. The remaining, nearly $2 Billion is to be raised as loan capital.

Three of the four directors in Silver Park International, which is registered with Singapore’s national regulator Accounting and Corporate Regulatory Authority (ACRA), are Jegath Rakshagan Sundeep Anand, Jagathrakshakan Sri Nisha and Jagathrakshakan Anusuya. They are the son, daughter and wife of Jagathrakshakan.

After announcing the mega oil refinery deal, the Sri Lankan government faced a major embarrassment when reports emerged that Oman's oil ministry denied being part of a $3.9 billion plan.

Jagathrakshakan‘s name had figured prominently in the Coalgate scam which shook the then Manmohan Singh Government. It was alleged he leveraged his political clout for illegal coal allocation for his company in 2007 and amassed assets from 5 Crore in 2009 to 70 crores in 2011, which represented the highest percentage rise of assets among all ministers in the central cabinet.

In 2016, Income Tax authorities raided his multiple homes and business establishments and reportedly seized more than Rs 20 crore of unaccounted money during the raid including Rs 5 crore in cash seized from one of his residence. IT sleuths conducted these raids after specific information that the former Minister has evaded Income Tax to the tune of more than Rs 200 crore.