Even Good Non-Muslims Like Ravish Won’t Get A Place In ‘Jannah’, They Should Accept Islam, Says Zakir Naik 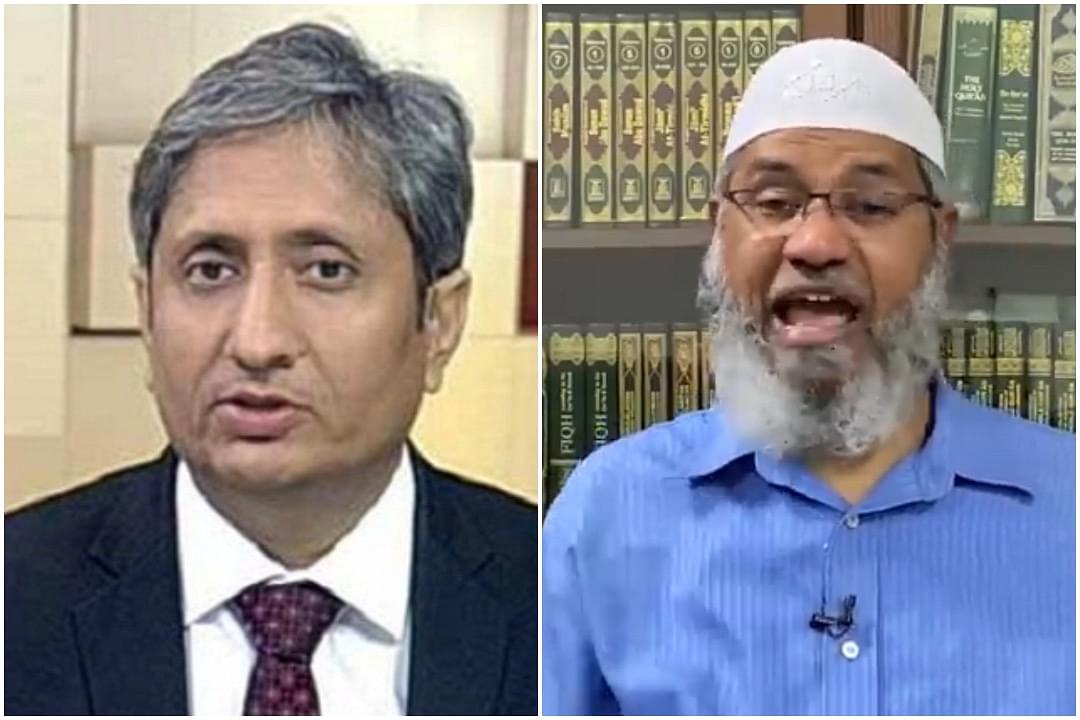 (On left) Ravish Kumar and (on right) Zakir Naik

Radical Islamic preacher Zakir Naik has said that NDTV news anchor Ravish Kumar Pandey will not find a place in the ‘Jannah’ or Muslim heaven despite his noble endeavour of advocating Muslim causes and constant efforts to expose the ugly face of oppressors because he has not converted to Islam.

Zakir said it in a video uploaded by a channel named Dr Zakir Naik on 30 June, titled ‘Will good non-Muslims like Ravish Kumar deserve same punishment like evil non-Muslims’.

The video starts with Naik saying that he has got a question from one Furqan from Delhi, India.

The question reads, “What will happen to good non-Muslims? We have seen some very good-hearted journalists like Ravish Kumar etc who speak the truth, take side of Muslims and show the ugly truth of the oppressors. It is not just him , there are many others from different professions who are like him. So what will Allah do to them if they don‘t die as Muslims..”

Naik responds, “The questioner is asking that non-Muslims are of different types. Some are good non-Muslims, some are bad, some extremely bad. So will all of them get the same punishment. And the answer is no.”

Naik says that there are different levels of ‘Jannah’ (Islamic heaven) and all those who go to Jannah will not be on the same level. Just as there are levels in Jannah, there are also levels in the hell.

Those non-Muslims who do good deeds will get a reward. However, Allah will not forgive the sin of dying as a ‘Mushirk’ or infidel, he says.

Naik concludes that if people like Ravish perform good deeds, they may receive earthly rewards like fame and praise in this world, but once they die, they will end up only in hell As the gates of heaven are closed for them.

Naik then says that he invites such people to accept Islam. “Let me give hidayath to these good non-Muslims so that they come to the fold of Islam..”

Naik, who was born and began preaching in Mumbai, has been living in Malaysia since 2017. He is alleged to have inspired the mastermind of the Sri Lanka Easter blasts last year that killed 290 people.