Explained: Everything You Need To Know About NEP’s Three Language Formula That Has Sparked A Row 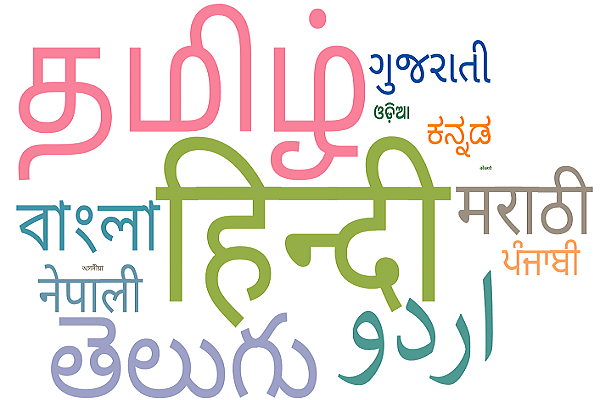 After the release of the New Education Policy 2020, the Dravidian parties in Tamil Nadu protested against the policy accusing it of imposing Hindi and Sanskrit.

On Saturday (1 August), the DMK chief M K Stalin said the policy was an attempt at alleged imposition of Hindi and Sanskrit and vowed to fight against it by joining hands with like-minded political parties and chief ministers of other states.

Reportedly, Puducherry chief minister V Narayanasamy said, “What is relevant for northern States cannot be taken as suitable for the southern states,” and charging the Centre with seeking to “impose” Sanskrit through NEP, he added that the policy was fomenting ‘confusion’.

Tamil Nadu chief minister Edappadi K Palaniswami said on Monday, “We are saddened by the three-language formula introduced by the central government in National Education Policy (NEP) 2020. Our state is already following two-language policy (of Tamil and English) for decades and there will be no changes in it.”

The union government, in response, provided clarification that it wasn’t its design to impose any language on any state against latter’s wishes.

On Sunday, Union education minister Ramesh Pokhriyal Nishank posted on Twitter in Tamil in response to former Union minister from Tamil Nadu Pon Radhakrishnan that the Centre will not impose any language on any state through NEP.

“I once again like to insist that the Central government will not impose any language on any state,” Nishank said.

Last year, Home Minister Amit Shah had to clarify that he had never asked for imposing Hindi over the regional languages after his “Hindi as unifier” comment became a subject of protests.

A brief history of language-politics in India

Language, from the very birth of the independent India, remained a contentious issue. This is not a surprise as language is an emotive issue and at the heart of culture of a people.

The Constitution also asked the government to appoint a commission at the end of five and ten years respectively to make recommendation with regards to progressive use of Hindi language. A parliamentary would be constituted to examine the recommendations and report its views to the President.

As the end of the fifteen years drew closer, there were widespread protests in the southern states. At the same time, the people in Southern India were also struggling for the formation of new states based on linguistic criteria.

By that time the linguistic reorganisation of the state was also complete. The constituion leaves it upon the state legislature to choose any one or more languages spoken in the state, and/or Hindi as the official language.

The three-language formula solution and why it failed

The three-language formula was first formulated by the Indira Gandhi government in 1968 and subsequently incorporated in the New Education Policy in consultation with the states.

The idea was to make students learn another Indian language, different from their regional language, apart from their mother tongue.

Hoewever, since education is a state subject, the implementation lay with the states. Here’s where the three-language formula failed to take off.

In her 2015 paper titled ‘The three language formula: Challenges in its implementation in multi-lingual India’, Leena Ratti of Delhi University said that only a few states had adopted the formula in principle.

“Some boards/institutions permit even European/foreign languages like Spanish, French and German in place of Hindi or Sanskrit. Only some states accepted the three-language formula in principle while other made some adjustments and some changed to an extent that it became impossible to implement it.”

Finding a solution that works for everyone

Currently, the language issue is too politicised for a solution that not only is effective but also acceptable to all the parties. The question of language has become tied with the identity politics.

The question of one language across a country is primarily a question of modernisation. Neelanjan Sircar notes:

At its core, the demand for a national language comes from a modernist conception (not a majoritarian one), in which a common language engenders standardisation in education and strength of communication that keep a polity together, as in European nation-states. In fact, Indonesia went as far as to invent its own national language when it gained Independence. India’s lack of a national language was borne less out of any principle of nation-building and more out of necessity.

Sircar’s argument is that this national integration if attempted to be achieved by dislodgement of a group from a powerful position (like the case of Tamils in Sri Lanka), it would create a civil disturbance.

The modernist’s attempt for one language, therefore, is premised upon a significant proportion of those speaking other languages aspiring to speak the national language - due to visible benefits - the reason why all people, regardless of linguistic background, run after English medium private schools.

Any language that’s supposed to become a unifier language for the country must have the necessary pull factors.