Explained: How India Tripled Its Mobile Handset Exports In Just One Year, And Ambitious Plans For The Future 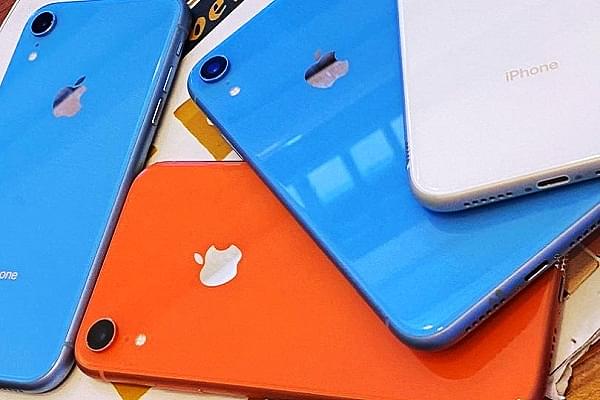 iPhone XR which is being manufactured in India (Pic via Twitter)

Made in India mobile handsets have emerged as an export success between April to November 2019, with their export sales tripling to $2.45 billion (over Rs 17,000 crore), Times of India has reported.

UAE was a major contributor to the export juggernaut by contributing to more than half of the sales at $1.3 billion, a 175 per cent rise from 2018’s $485 million figure. Russia bagged the second position by importing handsets worth $275 million and South Africa was number three with an import value of $144 million.

For the same time in 2018, India had exported mobile handsets worth 783 million. The domestic mobile manufacturing industry in FY20 is expected to rise to Rs 1,35 lakh crores from Rs 94,000 crore in FY 17.

India, which holds the second position in the global mobile handsets market behind China, is projected to grow to 302 million units this year.

This huge spurt in mobile exports has been attributed to the establishment of new assembly units in the country, including the ones manufacturing premium devices like OnePlus and Apple iPhones. Indigenous mobile makers like Lava and Karbonn too have contributed to the export spike.

When it comes to iPhone exports, key supplier Foxconn has committed a fresh $1 billion investment to scale up manufacturing at the Chennai plant. The supplier currently manufactures iPhone XR and iPhone 7 in India.

OnePlus is manufacturing and exporting its 5G phones manufactured in Noida and is using its R&D centre in Hyderabad to test 5G tech.

The US-China trade war too has played in India’s hands, with global manufacturers hedging their risks by shifting part of their production to India. The country’s relatively cheap labour costs and friendly US relations are said to have been clinching factors.

As per an IANS report, the best may be yet to come for India’s mobile exports as the Narendra Modi led central government is expected to announce a special scheme for the manufacture of mobile handsets and companies in the upcoming Finance budget.

This boost will be part of a Modified Special Incentive Package Scheme (MSIPS) to aggressively promote a 20-odd component manufacturing ecosystem in India. The Telecom and IT ministry will take on a role of a policy maker and the scheme will be overseen by an external department.

One of the first objectives before India in this regard is becoming a net exporter of mobile handsets. Currently only China and Vietnam have managed to achieve this feat.