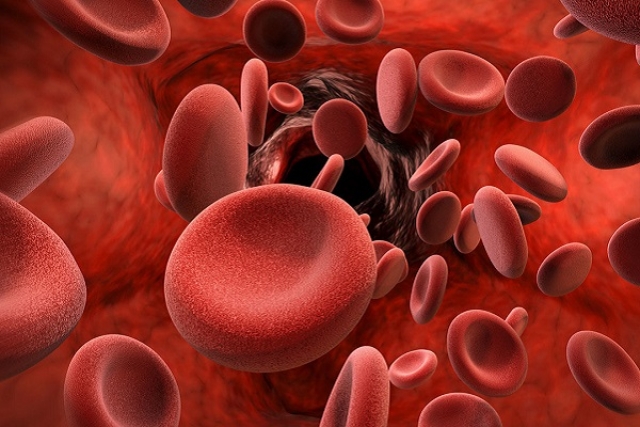 Previously, the blood cells from umbilical cord of a compatible sibling have been used to cure Thalassemia. However, this was the first time that a ‘saviour-sibling’ was conceived through assisted reproductive techniques (ART) using pre-genetic diagnosis and screening test.

Kavya Solanki, the one-year old ‘saviour sibling’ was conceived in-vitro by her parents to save her elder brother, Abhijeet, who was born with Thalassemia in November 2013.

When Abhijeet, unlike normal babies, did not achieve the growth milestones, the parents took him to doctor’s. The parents then learned that Abhijeet had Thalassemia major.

Thalassemia is a genetic disorder inherited from biological parents. In a Thalassemic person, certain genes responsible for the production of haemoglobin are missing, causing production of abnormal red blood cells. This results in a lack of oxygen in the bloodstream, rendering the patients anaemic.

The patients are also prone to suffer from other health problems like osteoporosis, heart and liver diseases, and infections.

According to Abhijeet’s parents, he required blood transfusion every 25 days and the duration between two transfusions decreased as he grew older. By the age of six Abhijeet had undergone 80 transfusions.

How does ‘saviour sibling’ help?

In Abhijeet’s case, his family members and older sister could not be the donor as their HLA did not match.

Abhijeet’s father Sahdev Singh Solanki’s research led them to the concept of ‘saviour sibling’. The family then sought out Manish Banker, medical director of Nova IVF Fertility in Ahmedabad.

The couple underwent three cycles of ‘in vitro’ fertilisation’ (test tube baby). The 18 embryos thus created were genetically examined to check whether they carry any diseases.

Only one perfectly matched Abhijeet’s HLA. The matching embryo was then implanted in Abhijeet's mother, Alpa Solanki, who delivered a baby girl a year ago.

The “genetically engineered” baby girl, Kavya, was free from the family’s hereditary disease as well as transplant-compatible with his older brother.

However, Kavya had to grow up and weigh 10 kg before she could donate cord blood or hematopoietic stem cells for transplantation to save her critically ill sibling

Prior to the transplant, the patients receive special radiation (chemotherapy) and medicines to destroy the abnormal stem and temporarily suppress the immune system so that it won’t reject the donor cells after the transplant.

After the transplant, the doctor checks blood counts every day to see if new blood cells have started to grow in the bone marrow.

Abhijeet’s transplant took place in March this year, and since, Abhijeet hasn’t received blood transfusion, indicating that he is cured of Thalassemia. His haemoglobin count was reportedly 11.3.