Explained: The Much Improved Terms And Conditions For Air India’s Sale As Govt Seeks To Fully Relinquish Control 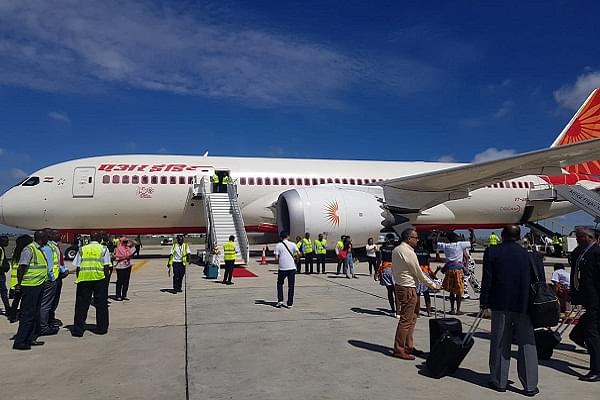 Air India once a crown jewel of Indian skies is on its last legs as a government owned airline, with the Narendra Modi led central government making persistent efforts to offload it to private players.

As part of its latest initiative the Department of Investment and Public Asset Management (DIPAM) has invited preliminary bids to divest 100 per cent stake in the troubled airline.

The last date of submitting the bids is 17 March and qualified bidders will be notified on 31 March.

The government has been actively trying to sell the troubled airline for the past two years now and has had to taste disappointment. Earlier in 2018 the government had tried to offload a 76 per cent stake in the airline along with a 50 per cent holding in Air India SATS.

This effort failed spectacularly after the government received no bids for this proposal with many pointing out the airline’s impending Rs 33,000 crore debt and government’s stake retention as unacceptable terms.

Preparing Ground For A Fresh Bid

After the failure of the 2018 exercise, questions were raised over the future of the divestment process but the government refused to back down and came with improved terms for sale.

In order to improve investor confidence the government has also engaged a third party to carry out due diligence and the report will be shared with the potential buyers before the request for proposal (RFP) stage.

This has renewed hopes among many about the airline finally getting a new lease of life at the hands of a private operator.

Here are the key terms and conditions of the deal put forth by the government for the current sale.

1. First and foremost the government is offloading all its stake in the airline - 100 per cent, no strings attached. The airline if sold, will mean that the private part will have full management control without government or bureaucratic interference.

2. Airline debt, the second biggest deal breaker has also been addressed this time round. The government has reduced the liability amount and now Rs 23,286.50 crore will be transferred to the buyer - a reduction of Rs 10,000 crore. In another sweetener, the buyer would only need to accept those liabilities which are backed by airline assets.

The government has already approved the creation of a special purpose vehicle (SPV) to transfer a part of airline debt to make it more attractive to the buyers. Till date, almost Rs 30,000 crore has been transferred to the SPV.

3. The buyer will get control of airline’s assets worth Rs 30,000 crore, up from Rs 27,000 crore last time round. Air India currently has a total fleet of 128 aircraft out of which 56 per cent is owned by the airline and the rest are leased. The new buyer will thus have an option of selling those jets and operating them on a lease basis.

4. As is the case of mergers and acquisitions, the government has promised to ensure that no liabilities exceeding assets will be passed on to buyer.

5. Any private, public, LLP and corporation is eligible to bid for the airline. Foreign buyers would be allowed to buy a 49 per cent stake in the airline.

The minimum net worth required for the buyers too has been reduced from Rs 5,000 to Rs 3,500 crore. The buyer will now also be allowed to merge the airline with the group’s existing businesses.

If a consortium decides to bid for the airline, each of its member would need to hold at least 10 per cent equity and the lead member’s minimum equity requirement is 26 per cent.

6. The new owners would have to retain the brand name of the airline and would not be able to change it. The bidder will also have to ensure that Air India and Air India Express continue to provide air transport service for a minimum period of three years from the date of sale closure.

7. The mandatory lock-in period for the buyer to operate the airline without transferring assets, has been reduced from the previous three years to one year. They will also not be allowed to create any encumbrance (additional burden) on the assets during this period. Sales in the ordinary course of business too cannot exceed Rs 1,000 crore.

8. The new owner will be required to transfer 3 per cent of the total airline stake to permanent employees as part of the airline’s employee stock ownership plan (ESOP).

The airline currently has 16,077 employees on its books out of which about 9,617 are permanent. The airline has reiterated that it does not have excess employees. Its employee strength stands at 133 per aircraft as compared to 136 for Singapore airlines. The government has assured that all employee dues will be cleared before the sale.

Various parties like IndiGo, Ethiad (which may form a partnership), Hinduja Group and US-based fund Interups have been linked with the sale.

The Narendra Modi led central government has set for itself an ambitious divestment target of Rs 1 lakh crore for the financial year 2019-20. It remains to be seen whether Air India will be one of the entries on the divestment list.