Explained: Why Despite Much Anticipation An India-US Trade Deal Didn’t Materialise During Modi’s Visit 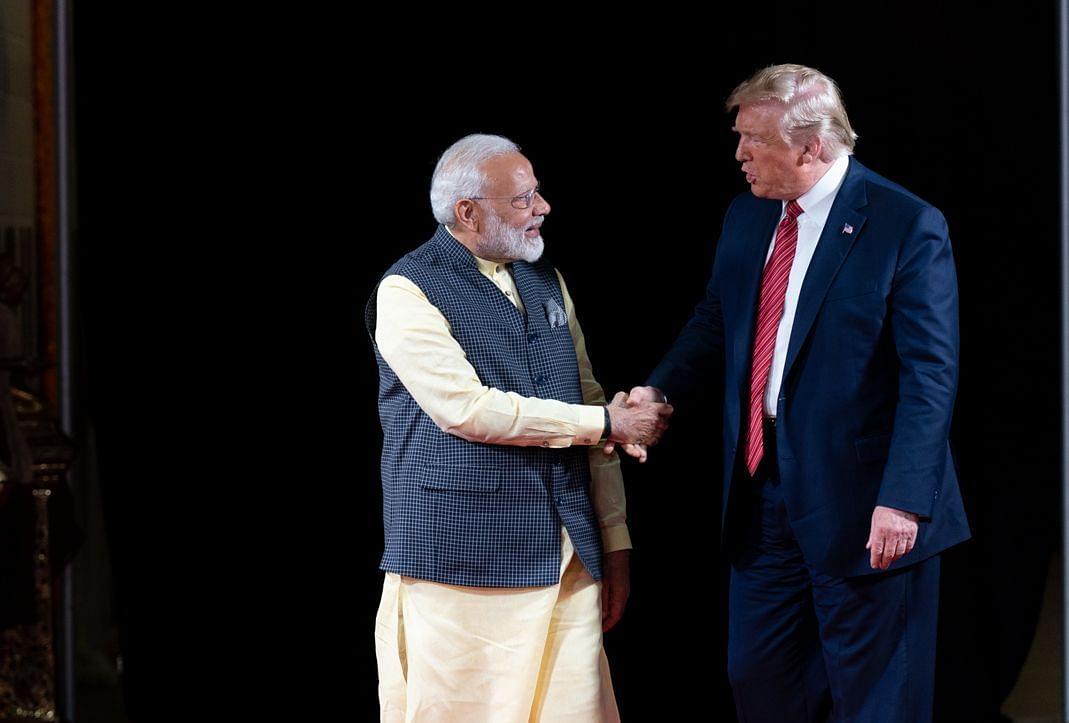 While Commerce Minister Piyush Goyal was present in New York to conclude a trade package with United States (US) Trade Representative Robert Lighthizer, India and US ultimately failed to sign a trade deal. The announcement was expected to coincide with Modi-Trump’s bilateral meet on Tuesday (24 September).

The deal did not materialise after the two sides reportedly failed to bridge the gap on several issues.

The US wanted India to eliminate tariffs (20 per cent) on information and communication technology products, but New Delhi was concerned about Chinese products flooding its domestic market.

The US had also sought the removal of price caps on medical devices like stents and knee implants, and greater market access for dairy products and other agricultural goods. It also sought the opening up of agricultural sector which provides employment to a majority of Indians is a sensitive issue for India.

On the other hand, India wanted US to reinstate Generalised System of Preferences (GSP) program revoked in June of this year.

India wanted greater market access in certain categories of agricultural products, like table grapes and pomegranates, and also better facilitation processes in areas where it already had preferential access, like easier certification of food irradiation facilities.

Analysts blamed “lack of parity, reciprocity and asymmetrical demands” from the US for the temporary failure in talks.

US wanted tariff reduction on a host of products and retraction of the retaliatory duties India slapped on US steel and aluminium imports. The latter also wanted changes in the provisions including those relating to sanitary and phytosanitary products.

Apart from this, Washington also demanded sweeping reforms in Indian e-commerce laws including those relating to data storage and access to cloud-computing. In lieu of all this, US was willing to restore only 50 per cent of the benefits given to Indian exporters under GSP.

“It is a classic case of US’s trade negotiating strategy where in Washington raises the bar so high that it would become difficult other parties to agree to even a quarter of their demands," an European analyst was quoted as saying by Livemint.

On the other hand, India stood its ground and objected to linking of GSP benefits with the retaliatory tariffs it imposed on the US’ steel and aluminium exports.

According to World Trade Organisation (WTO) rules, withdrawal of GSP was inconsistent with the US’s obligations under the enabling clause of WTO rules. Therefore, India is entitled to impose retaliatory tariffs on American products following the withdrawal.

India, however, didn’t impose retaliatory duties in response to the termination of the GSP scheme but those under Section 232 provisions. Therefore. linking the two is asymmetrical, argued the Indian side.

Situation of the economy at home might also have been a factor in India’s calculations regarding concessions to the US. A free trade agreement with Washington when the Indian economy is on the brink of economic downturn and needs strong domestic policies is a decision that is not in national or public interest, noted Forum For Trade Justice, a non-profit organisation.

The failure to deliver a limited trade agreement, however, hasn’t dimmed the hope for one in the future. Foreign Secretary Vijay Gokhale was quoted as saying by The Hindu that the two sides had “narrowed their areas of difference”, and made “significant progress”.

“The two leaders, therefore, felt that they were optimistic in terms of reaching some kind of a trade agreement in the near future. And discussions will continue in this regard,” he said.