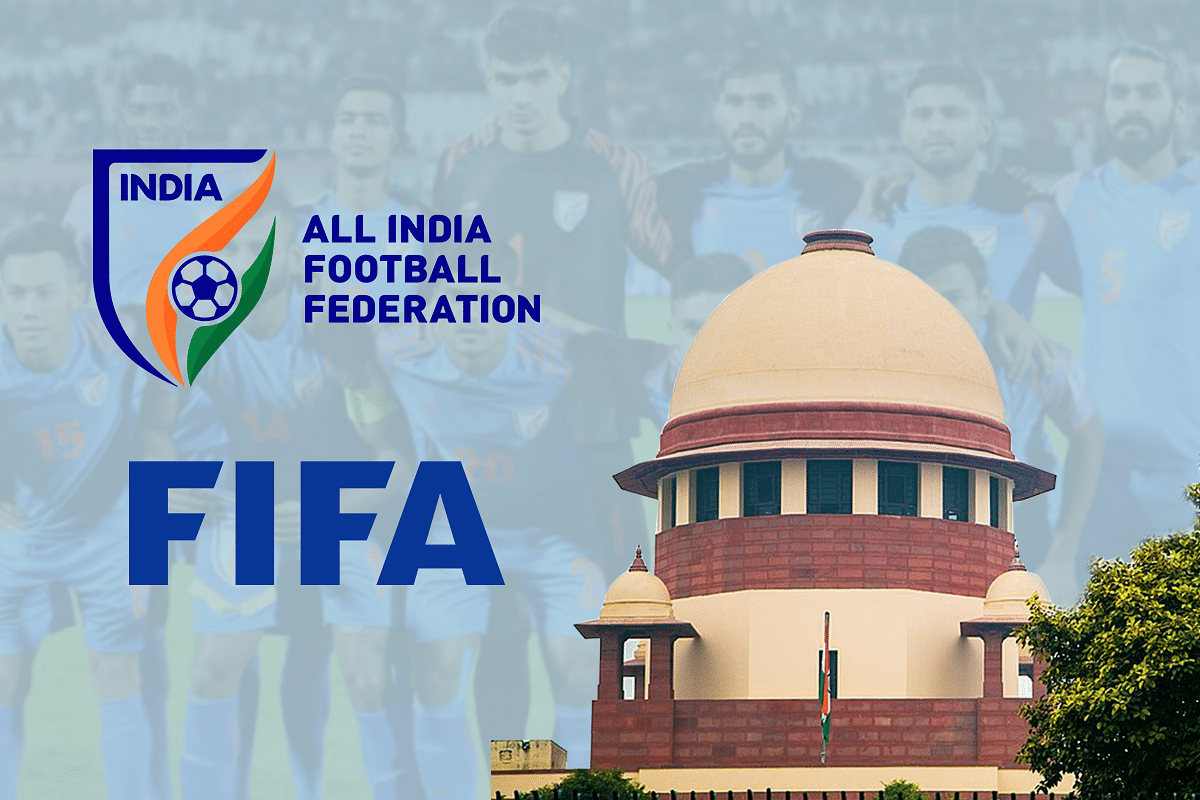 In a statement released by FIFA (International Federation of Association Football), earlier this week, it was declared that the All India Football Federation (AIFF) would be suspended with immediate effect due to undue influence from third parties, which constituted a serious violation of the FIFA Statutes.

Thus, for the first time in eighty-five years, AIFF was suspended by FIFA, and India lost the right to host the 2022 Under-17 Women’s World Cup, scheduled for later this year in October.

However, FIFA stated that it was in contact with the Ministry of Youth Affairs and Sports and was hoping for a positive outcome to the case.

Where Did It All Go Wrong

It all began when the Supreme Court ordered Praful Patel to be removed as the AIFF President in May. Blaming Patel, also a leader of the NCP led by Sharad Pawar, for not holding elections due in December 2020, the apex court appointed a three-member CoA (Committee of Administrators).

The CoA was headed by AR Dave, a former judge in the apex court, and was asked to manage the AIFF operations. New guidelines were also issued for the AIFF, consistent with the guidelines of the National Sports Policy.

Under FIFA Statutes, AIFF could not be subjected to legal or political interference, as is the rule for all federations in their respective countries. However, even after the order of the Supreme Court, FIFA did not ban AIFF but sent a FIFA mission to observe the events within the body. The mission was on a brief three-day visit that concluded on 23 June.

As per the FIFA mission, ratifying the AIFF Statutes was necessary and aligned with FIFA's good governance statutes to choose Praful Patel's successor. The CoA swung into action, sharing a draft constitution with the apex court that suggested 50 per cent (36) eminent player representation in the electoral college of the AIFF and its executive council.

FIFA quickly dismissed the idea as ‘not prudent’, stating that the representation of former players should be capped at 25 per cent in the executive committee. Even some state bodies registered their protests.

The Supreme Court dismissed these protests, ordering the electoral college to consist of 36 eminent former players and 36 individuals representing the state bodies.

Final Nail In The Coffin

On 3 August, the apex court ordered the AIFF to hold the elections at the earliest and to declare the results by the end of the month. This was followed by FIFA’s statement on 6 August, threatening to suspend the AIFF due to third-party influence.

On 15 August, FIFA again registered its protests with the inclusion of the former players in the electoral college for the upcoming elections. FIFA wanted the electoral college to consist of members from state bodies and other organisations. However, not getting its way, FIFA banned the AIFF on 16 August, citing a serious violation of the FIFA Statutes.

What’s Next On The Agenda?

One, until the administrative crisis is resolved, India will not be able to host the U-17 Women’s World Cup later this year in October. For FIFA, the immediate priority is to have the CoA repelled and for the operations of the AIFF to go back to the administration headed by Praful Patel.

This will also include discarding the draft constitution proposed by the CoA and the realignment of the AIFF’s operations with FIFA’s guidelines and statutes.

The ban also impacts the participation of the national team and clubs, for they would not be allowed to participate in any international fixtures or tournaments.

The Other Side Of The Story

Praful Patel had been heading the AIFF for 13 years, completing three terms (four years each). Before that, Congress’ Priyaranjan Dasmunshi was at the helm of affairs for almost two decades.

As per the National Sports Code, Patel was not eligible for re-election, and his exit was on the cards.

For the observers of the game and its market in India, the ban also offers an opportunity to clean up the mess the AIFF has been in. While government interference has been cited as a reason for India’s declining stature globally, in the rankings, many former players are hopeful that this will usher in a new beginning for the game.

Bans In The Past

In 2008, FIFA banned Iraq after the government dissolved the National Olympic Committee and the sports federations. The country was scheduled to play its 2010 World Cup qualifier against Australia when the ban was announced. In May 2008, however, the ban was lifted. On similar grounds, the country was again banned in 2009, with the ban being lifted in 2010.

In 2014, after a disastrous performance in the World Cup, the Nigerian Football Federation sacked the executive committee and ended up with a civil servant running the operations, thus inviting the ban. However, in less than two weeks, the ban was lifted. Guatemala was banned from FIFA in 2016 before being welcomed back in 2018.

After Pakistan’s apex court appointed an administrator to look into the financial operations of the nation’s football federation, the country was banned by FIFA for a few months in 2017. In July 2022, Pakistan’s second ban, announced in 2021, was lifted.

More recently, Zimbabwe and Kenya were banned by FIFA, and it remains in force even now.

Also Read: How Reliance Is Building Its Sports Business