Explained: Why Taliban Stands Stronger Today As An Exhausted US Scrambles For ‘Honourable Exit’ From Afghanistan 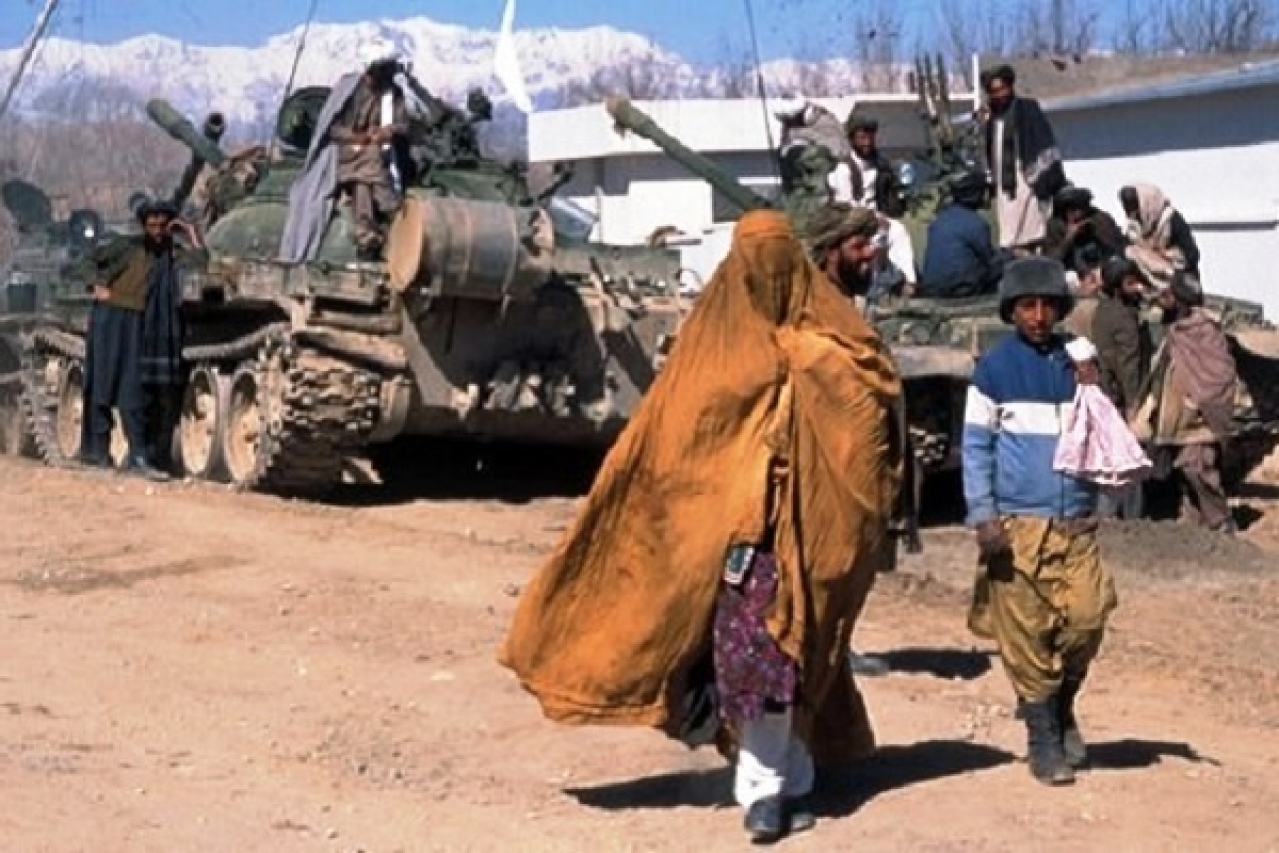 On Saturday (7 September), United States (US) President Donald Trump took Twitter by the storm after he announced that Taliban top leadership was supposed to meet him at Camp David.

He announced that he had cancelled the meet over a blast orchestrated by the group that caused death of a US soldier and eleven others.

President Trump accused the group of trying to strengthen its bargaining position via the Kabul blast.

“If they cannot agree to a ceasefire during these very important peace talks, and would even kill 12 innocent people, then they probably don’t have the power to negotiate a meaningful agreement anyway. How many more decades are they willing to fight?”, Trump said, announcing that he “ immediately cancelled the meeting and called off peace negotiations”.

US in a weak position

While Trump’s break-up announcement on Twitter may come-off as sudden and rash, the US was always on the back foot in the peace-talks with Taliban. The US had entered the negotiations from a position of weakness from the very beginning.

The biggest sign of this was exclusion of Afghan regime from the talks (as demanded by the Taliban which considers Afghan government as a “puppet regime”), which was too big a compromise.

On the other hand, Taliban, which controls almost 50 per cent Afghan territory, continued to attack civilian and military targets, even as the talks continued, to signal its power.

Not only is US dealing with an ascendant Taliban, but the current Afghan regime is weak and internally divided. Afghan security forces are drained by a prolonged war. On the other hand, the Afghan government is accused of corruption and people’s faith in it is dwindling.

The US interlocutor Zalmay Khalizad started with four-fold objectives of the peace-talks: Withdrawal of foreign-troops from Afghan soil, Taliban to not allow the use of Afghan territory for anti-US activities, direct negotiation between Afghan government and Taliban, ceasefire agreement.

Even if talks had succeeded in achieving the first objective, the rest would have been more or less impossible to achieve or sustain in the longer run.

Given the weakness of Afghan regime, and Taliban’s hatred for the puppet regime, withdrawal of US troops will not result in anything less than subsequent fight and probable defeat of Afghan regime.

The strategy of ‘exit with honour’ in Afghanistan has two interesting historical parallels- the case of Vietnam (Paris Peace 1973) and Afghanistan (Geneva Accords 1988). In both the cases, US tried to remove its forces and ‘Vietnamise’ and ‘Afghanise’ the conflict. Both eventually resulted in its humiliation.

In the case of Vietnam, mere two years after the peace agreement with North Vietnam, latter’s forces, backed by Soviet Union, attacked and captured South Vietnam.

In the case of Afghanistan, US-backed and Pakistan trained Mujahideen (Islamist fighters) forces captured Kabul in 1992.

While the communist in North Vietnam were able to integrate the country and restored peace, the situation in Afghanistan deteriorated further with interference of Pakistan and in-fighting among the Islamist forces, eventually resulting in the 9/11 terror attack.

No end in sight

The situation in Afghanistan is further complicated due to the rise of the Islamic State. In a recent attack targeting Shia community, the group claimed lives of close to 70 people. Taliban is not the only armed group operating on the Afghan soil, and even if it reached an agreement with the US, it may not be able to control other terror outfits.

If US withdraws from Afghanistan, the over-run of the country by Taliban forces is certain. However, dominated by Pashtuns, the Taliban may not have been able to enlist support of different ethnic groups.

At this point, it is also important to investigate the causes behind Taliban’s ascent and an exhausted US.

First is the nature of foreign occupation itself that causes humiliation to the native population, especially as fiercely proud and independent as Afghans. Taliban, therefore, became the vehicle, even if distorted, of self-determination.

While Tajiks dominate the Afghan bureaucracy, Pashtuns have historically been the rulers and consider themselves the rightful owners of the country. The Soviet invasion in 1989 and then US attack in 2001 were perceived as a grave assault on their dignity by the Pashtuns.

The birth of Taliban in 1994 was partially caused by the fear of Tajik domination amidst instability caused by infighting Mujahideen factions, and its rule, though terribly oppressive, restored a sense of order and dignity to Pashtuns.

Traditionally, Pashtun nationalism was based more on ethnicity, tribal loyalties and the commitment to Pashtunwali, the traditional tribal code of ethics, rather than Islam. In fact, the fellow-Muslim country Pakistan was much disliked by the Pashtun nationalists and the two countries came to war several times over the “Pashtunistan” issue.

The Soviet invasion changed all this, and provided a reason for Pashtuns to cooperate with Pakistani deep state. The injured Pashtun dignity and passion for revenge was provided the ideological fuel of Radical Islam in Pakistani training camps.

Madrassas were set up for the refugees by Pakistan at the Pakistan-Afghanistan border with the help of Saudi funding. These Madrassas preached Wahabbism to children and infused Pashtun nationalism with Islamic extremism. According to Mohammmad Ayoob, the Taliban (which translates to ‘students’) were products of these madrasas.

While Pakistan was forced to join US’s ‘War on Terror’ in 2001 after Bush threatened to bomb the Islamic republic back to stone age, it continued supporting the Taliban clandestinely, with weapons, sanctuary and other resources. This is the single most important reason behind the failure of America in Afghanistan.

While Trump, upon the joining the office, upped the ante against a duplicitous Pakistan for taking US money and harbouring its enemies at the same time, he failed to follow through with the initial threats.

Aiming for some progress on Afghanistan and success of peace talks with the Taliban before his re-election bid next year, US started warming up to the Pakistan, with Trump offering to mediate between India and Pakistan over the Kashmir issue, a tried and tested approach for failure.

Trump probably realised that the peace-talks and his goal of withdrawal of US from Afghanistan at this point would further worsen the situation than improve it. This comes as a relief to both Afghanistan and India - the neighbours of Pakistan and victims of its terror-export.

Any progress on the Afghanistan issue will require recognition of Pashtun sentiments in the longer run, and strict action against the mother of terror - Pakistan, to begin with. International community will have to come together in building up pressure on the Islamic republic. Until then, Afghanistan will continue to burn.

Get Swarajya in your inbox everyday. Subscribe here.
Tags:
131 Shares