Eyes On The Skies: Webinar Promotes Idea Of Astro Tourism, And Its Immense Potential In India 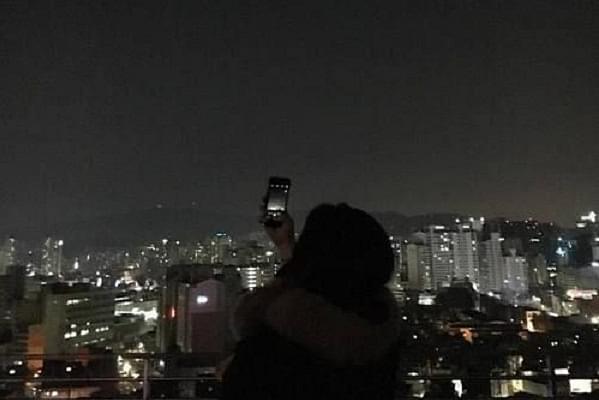 A woman capturing the night skies.

Promoting nature-based tourism which is emerging strongly in a post-Covid world, an online event focused on the immense scope of environment-friendly ways of travelling to bring positive social, economic and conservation benefits to remote communities was held recently.

The presenters began by providing information on Astro-tourism and its potential to drive sustainable and responsible tourism.

They spoke about Astrostays which is a community-driven astrotourism model that puts communities at the heart and centre of the tourism model.

The programme is aimed at empowering and strengthening communities by diversifying economic bases and creating new opportunities for livelihood creation using astro tourism as a key development intervention.

This model is also an innovative form of experiential and sustainable tourism that generates economic benefits for remote and rural regions of the world that have access to clear night skies while creating unique life-changing experiences for travellers.

Trained in the basics of astronomy and know-how of operating telescopes, the local homestay owners (mostly women) conduct night sky gazing sessions for the incoming tourists, creating a new channel of revenue generation for the communities, that has eventually led to increase in stimulus to the local economy, reducing local youth migration and preservation of age-old cultural Himalayan heritage.

They said that till date, 35 local women have been trained across five Astro-stays in the high-altitude Himalayan desert of Ladakh, generating a strong annual income for the local communities.

The presenters also highlighted some of the major destinations which can be promoted as Astrotourism destinations in India such as Pangong Lake (Ladak), Rann of Kutchh (Gujarat), Mandu (Madhya Pradesh), Lahaul and Spiti (Himachal Pradesh) among others.

They further spoke on promoting National Parks and Wildlife Sanctuaries as Astrotourism destinations during the night. Additional Director-General of Tourism, Rupinder Brar, stated that Astro-tourism was a new phenomenon taking hold across the world and India has immense potential with regard to nature-based tourism with all physical geographical features of the world.

GHE has electrified 140 villages and lit up the lives of more than 60,000 people through an innovative concept of Impact Tourism.

GHE’s work of remote rural electrification has been documented by National Geographic, and BBC and has been internationally recognised and awarded by the WTTC and the World Tourism Awards.

The United Nations has recognised GHE as one of the successful case studies in sustainable tourism impacting sustainable development goals.

The other presenters were Sonal Asgotraa, Project Lead of GHE’s Astronomy for Livelihood Initiative called Astrostays and Kevin Govender — Founding and current director of Office of Astronomy for Development (OAD).

Sonal was a team member of the 2013 International Antarctic Expedition led by Polar Explorer, Robert Swan, while Kevin Govender was previously Manager of the Southern African Large Telescope’s Collateral Benefits Programme at the South African Astronomical Observatory, and facilitator for the establishment of the African Astronomical Society.