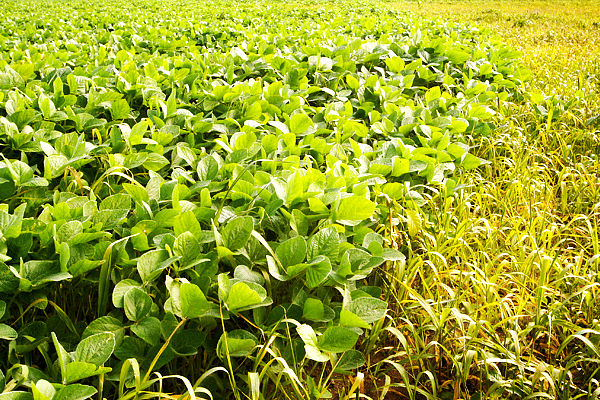 The Narendra Modi government’s agricultural reforms on the “One Country, One Market” has taken off in right earnest with soybean growers in Madhya Pradesh set to offload their produce with processors instead of taking it to the Agricultural Produce Marketing Committee (APMC) mandis.

This will mean that either the farmers will directly head to the millgates of the soybean processors or the latter will themselves buy the produce at the farmgate with the state government, too, permitting direct sale when the oilseed crop is harvested in September-October.

Soybean is a kharif crop with farmers planting it during June-July and harvesting it between mid-September and October-end. According to soybean farmers, this year they have planted the oilseed crop early and it would be ready for harvest in the next 60-70 days.

The development comes as no surprise since the Madhya Pradesh government, led by Shivraj Singh Chouhan, was among the first in the country to allow farmers to directly sell their produce during the nationwide lockdown due to the novel coronavirus pandemic.

This resulted in Madhya Pradesh toppling Punjab as the largest contributor of wheat to the Food Corporation of India's buffer stocks this year. Of the 38.83 million tonnes (mt) of wheat procurement from farmers during April-June, Madhya Pradesh contributed 12.93 mt, while Punjab procured 12.71 mt.

The Centre had asked states to permit direct sale of agricultural produce in order to ensure that harvest of rabi crops did not rot or go waste during the lockdown. In fact, the government permitted direct sale from 4 April, within 10 days after enforcing the lockdown on 25 March.

Later as part of the Centre’s Atmanirbhar Bharat Abhiyan, it came up with agricultural reforms allowing free sale of agricultural produce by farmers anywhere in the country, permitting contract farming and removing stock limit for commodities considered essential.

“Processors have agreed to buy directly from us. They will pick our produce from farm gates,” said Raju Banshkar, a farmer from Bhopal district.

Another farmer from the Malwa region in Madhya Pradesh said processors would be buying soybean directly this time from farmers like him.

“We will stand to gain much from this direct sale,” the farmer, Akhilesh Singh Anjana, said.

“By going to mandis, we spend money on transportation, waste time waiting for our turn to sell and sometimes we have also been deceived by traders who have weighed our soybean short,” he said.

Expressing happiness of not having to go to the mandi again, Anjana said the Centre’s move to allow farmers to sell their produce to buyers of their choice anywhere in the country was a boon. “We can expect better returns,” he said.

Until the Centre came up with the Farmers’ Produce Trade and Commerce (Promotion & Facilitation) Ordinance, 2020, farmers had to mandatorily sell their produce at the APMC yard in which they had registered.

While the Centre has given farmers the freedom to sell their produce to anyone and anywhere, it has also stated that the old marketing system and APMC mandis will co-exist.

“There are farmers who still hold some quantity of the soybean harvested in October last year. They are benefiting by going to the processors, though there are some who come to the mandis,” said Vijendra Singh, head of the Bharatiya Kisan Sangh unit in Indore.

“Mandis will continue to exist and they are essential. They will provide the growers with more independence. We have to remember one thing, not all farmers are aware where to go and sell their produce. That way, mandis are their best option,” he said.

B V Mehta, Executive Director, Solvent Extractors Association of India, told Swarajya that such a development was welcome since all parties concerned — from grower to the ultimate user — will stand to benefit.

D N Pathak, Executive Director, The Soybean Processors Association of India, said growers have been enjoying the freedom to sell their produce to buyers of their choice since May.

According to the Ministry of Agriculture and Farmers’ Welfare, 8.18 million hectares (mh) have been brought under soybean cultivation as on 2 July this year compared with 1.64 mh a year ago.

Soybean cultivation makes up a major portion of the 7.55 mh increase in the area under oilseeds so far this year. Madhya Pradesh, the hub of soybean production in India, has accounted for 3.48 mh of the total area under the oilseeds until now.