Farmer Protests: Tikait Family-Led Bharatiya Kisan Union Comes Out In Support Of Protesting Farmers In West Uttar Pradesh, Says Will Return Home Only After Their Demands Are Met 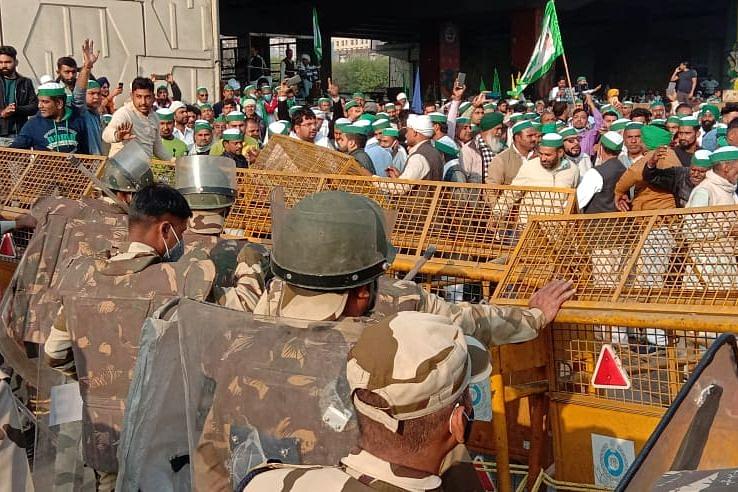 Farmers groups led by the Bharatiya Kisan Union (BKU) have held sit-in protests in western Uttar Pradesh against the new agriculture laws passed by the Centre.

They are demonstrating in support of the farmers of Haryana and Punjab, who are protesting and have marched towards New Delhi and are protesting in the national capital.

The farmers have sought an assurance on the minimum support price (MSP) system and the withdrawal of cases.

The person leading around 200 farmers to the Ghazipur border (UP Gate) is said to be BKU leader Rakesh Tikait.

Tikait has said that the Centre wants to turn the Nirankari Samagam Ground in Burari, where they have been suggested to protest, into "another Shaheen Bagh".

He has added that he will not let that happen.

He said: “The government has failed to address the issues of the farmers. We are proceeding to Delhi now. We demand that there should a provision stating that there will be no sale of produce below the Minimum Support Price (MSP) (sic)."

Naresh Tikait's son Gaurav Tikait, who is part of the protests, has said that this time, the farmers will return home only after their demands are met.

The BKU is reported to have consolidated the support of farmers who are against the Centre's new agriculture laws, from Mathura and Baghpat.

The farmers from Mathura and Baghpat have joined the BKU in the "Chalo Delhi" demonstration.

Earlier this month, the BKU had held meetings and kisan mahapanchayats in Uttar Pradesh. It had also held meetings against the low price of sugarcane in the state.

On the issue of sugarcane, the following were the demands of the BKU: to increase the price of sugarcane to Rs 450 per quintal; the settling of dues worth Rs 8,000 crore; laws for procurement of the crop at MSP; the providing of bills to farmers on the basis of fixed charges at the crushers, among other demands.

They had said that the state government was not paying attention to their concerns.

Rakesh Tikait and Gaurav Tikait hail from the family of late Chaudhry Mahendra Singh Tikait, who was a well-known farmer leader in west Uttar Pradesh during the 1980s and the 1990s.

Samajwadi Party chief Akhilesh Yadav has come out in support of the protesting farmers.

Attacking the Centre, he has said that "these are the same people who had told farmers that they would not only waive loans but would also bring in policies to double farmers’ income.”

The Congress has come out in support of the farmers. Priyanka Gandhi Vadra has said that in a post on Twitter that the benefit of the so called "kisan kanoon" will go to the "arab patees".

Meanwhile, Uttar Pradesh chief minister Yogi Adityanath seems to be taking things in his own hands to ensure that farmers do not face inconvenience in the procuring of paddy and sugarcane.

He has expressed his displeasure at the irresponsible attitude of people responsible for posing problems to farmers in the procurement of paddy.

Reportedly, he has taken action against 57 people, including people in the administration in multiple districts.

He has directed the sugar mills in the state to run smoothly in the procurement of cane.

Adityanath has said that no carelessness and irresponsible behaviour will be tolerated in the procurement of paddy in the state.