Finally, A Rail Link To Sabarimala As Kerala Agrees To Share 50 Per Cent Of Cost For Railway Project 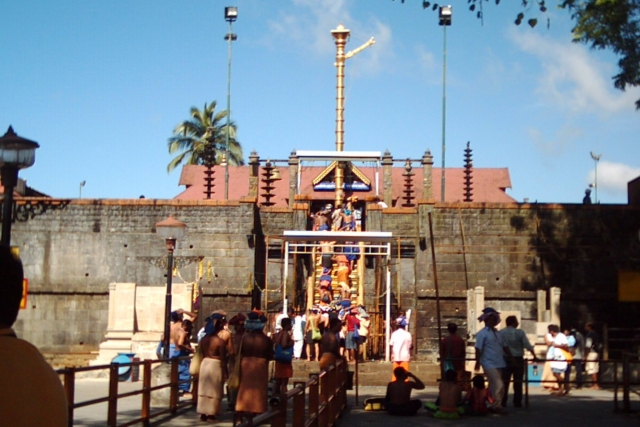 A railway project pending for nearly 23 years for the benefit of Sabarimala Ayyappa devotees could finally see the light of the day with the Kerala Cabinet coming forward to share 50 per cent of the project cost.

The Sabarimala rail project to connect Angamaly in Kerala’s Ernakulam district with Erumeli in Kottayam district, some 18 km from Pamba, the base to ascend for Sabarimala, was announced in the 1997-98 Budget at a cost of Rs 517 crore.

Then, Railways was not keen on the 111 km railway line project and had stipulated the condition that the Kerala government, which was keen on the link, share 50 per cent of the cost.

The Kerala government had then put a condition that it should be given the charge of maintaining the line.

Since then, the project cost has increased more than five times to Rs 2,817 crore.

The project got a new lease of life on 27 January 2016 when the Railways Ministry and Kerala government signed a memorandum of understanding (MoU) to identify commercially viable projects.

The projects would then be handed over to a Special Purpose Vehicle that will be set up on 51:49 per cent equity with the State having the major share. The profits from the project will be shared equally.

The MoU also has provisions to extend the project from Erumeli to Punalur in Kollam district, from where it can be connected to Tamil Nadu in the second phase.

A third phase has also been added to the project extending it to Nemom near Thiruvananthapuram from Punalur.

Currently, four trains operate between Punalur and Tenkasi in Tamil Nadu after the picturesque track was converted into a broad gauge and services resumed two years ago.

The Kerala government has completed a survey for land acquisition for the project, while 90 per cent of the line was completed up to Kalady railway station, which is about 7.5 km from Angamaly by 2010.

Interestingly, the Prime Minister’s Office is monitoring the Sabarimala Railway Project, which will also provide relief to the transportation problems faced by people in Kerala’s Idukki, Kottayam and Pathanamthitta districts.

Industries based on wood in the Perambavoor and Kalady regions of Ernakulam district will also gain from the project.

The railway project comes on the heels of a greenfield airport project planned for Sabarimala pilgrims at Erumeli. It has, however, been caught in a controversy over the ownership of a rubber estate, which is to be acquired for setting up the airport.

Currently, Sabarimala pilgrims land at Kochi or Thiruvananthapuram airport before arriving at Pamba by car.

By train, pilgrims reach either Kottayam or Chengannur before taking cabs or government buses to Pamba.

All these travels take between four to six hours.