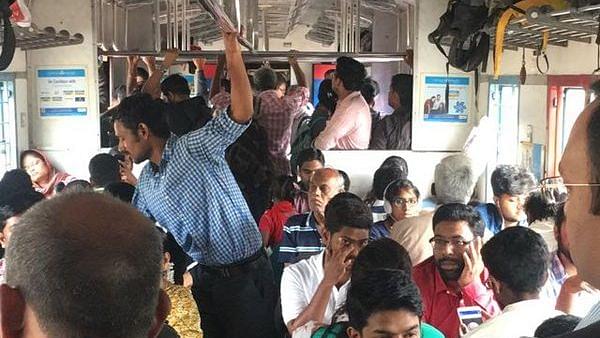 The Union finance ministry on Thursday cleared the revised suburban rail project for Bengaluru, submitted by the Karnataka Rail Infrastructure Development Enterprises (K-RIDE) , the nodal agency that will be implementing the project, The New Indian Express reported.

The suburban rail project report was reworked and submitted earlier this month after Centre requested the state to revise the cost estimates for the project from the earlier proposed Rs 18,621 crore to Rs 15,767 crore proposed in February by shifting procurement of coaches to a public private partnership model.

The Rs 2,854 crore PPP model for rolling stock will be implemented in the form of a 30-year lease for 306 AC coaches.

The final approval from the Prime Minister’s Office and the Cabinet Committee on Economic Affairs, headed by the PM, is expected to come anytime soon.

During her budget speech in Feb 2020, Union Finance Nirmala Sitharaman had announced in-principal approval for the “The 148-km-long Bengaluru Suburban transport project, coming up at a cost of ₹18,600 crore, would have fares based on the Metro model. The Central Government would provide 20 per cent of equity and facilitate external assistance up to 60 per cent of the project cost.”

Reiterating Central Government’s commitment to contribute 20 per cent of the funds for the Bangalore suburban railway project, FM Nirmala Sitharaman on Feb 17 clarified that the Rs 1 crore allocation made in the recently presented Union Budget for the 148-km suburban rail project for Bengaluru “was only a token provision” as part of “budgeting technicality”. She also said that out of the Rs 18,600 crore project cost, the Centre and Karnataka will share 20 per cent each, while 60 per cent of the project financing will come from various multilateral lending institutions for which the Centre will provide sovereign guarantee for the loan.

As per the latest detailed project report (DPR) prepared by the Railways, the suburban rail is expected to have a 148-km network with 57 stations. The project will have four corridors: Kengeri-Whitefield, KSR Bengaluru City-Rajanukunte, Nelamangala-Baiyappanahalli and Heelalige-Devenahalli.

The New Indian Express reported quoted Bengaluru Central MP P C Mohan, who has been advocating the project, as saying “It will come through within a month. I am confident. Preliminary work related to survey and land acquisition, as well as building a team to carry out the project by holding interviews, have already been set in motion.”

K-RIDE, the nodal agency for implementing the suburban rail project, has already commenced recruiting engineers for the project.

K-RIDE has already floated tenders for survey, identification and investigation of underground, overground and overhead utilities and structures using Ground Penetrating Radar (GPR) system. The work involves manual trenching and preparation of conceptual diversion plans and estimates for shifting the utilities. Another tender was called for the land survey for Bengaluru suburban railway project in and around Bengaluru city at a cost of Rs 62.79 lakh.