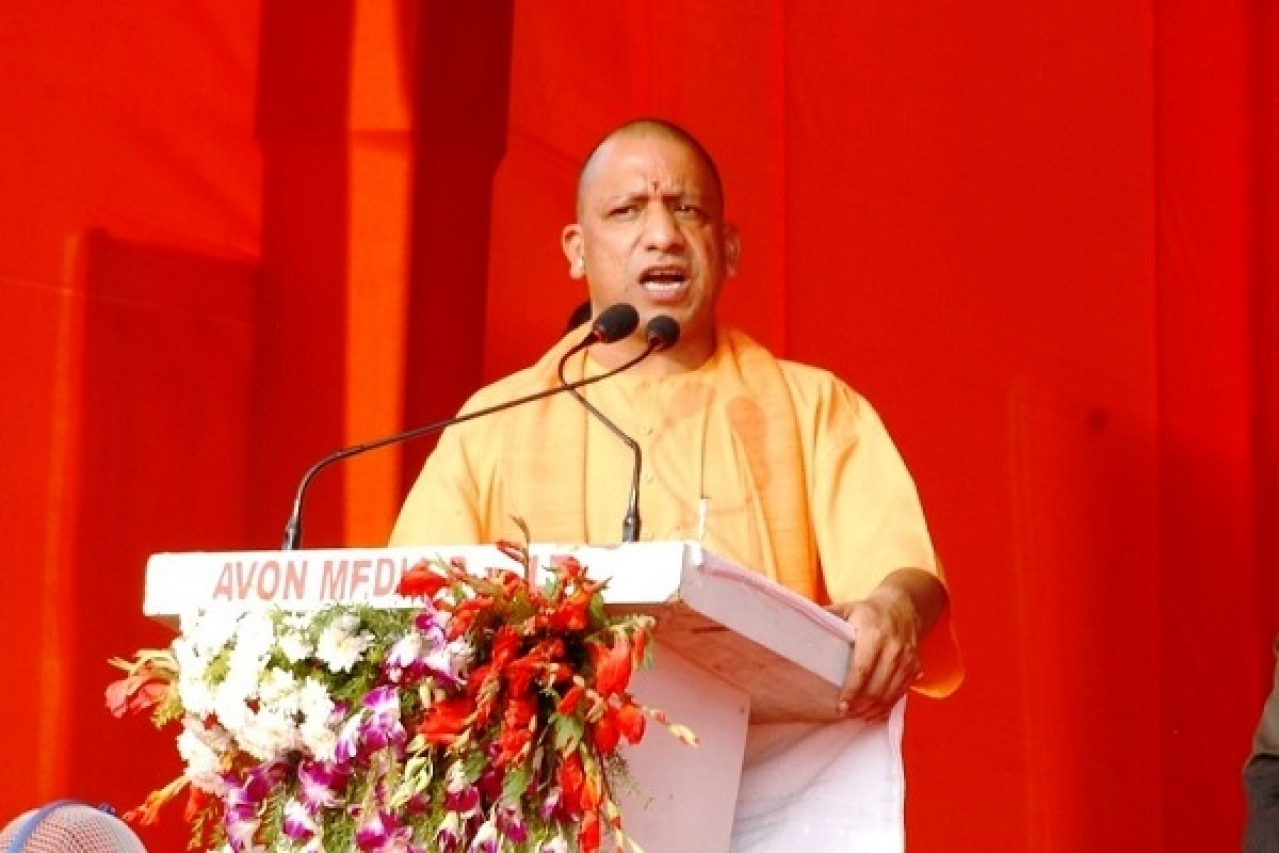 After the recent riots in Delhi over Citizenship Amendment Act (CAA), which the official sources called strategically choreographed to catch the attention of the world media during Trump's visit, many are hailing Uttar Pradesh Chief Minister Yogi Adityanath’s no nonsense approach as the factor that saved the state from turning to similar fate.

Yogi Adityanath has earned both praise and flak in the past for his no nonsense style of administration, especially in law and order matters.

During his term, the UP police has garnered the praise of citizens for quick response to their complaints, and strict action against the culprits.

When the protests against the Citizenship Amendment Bill (CAA) 2019 turned violent in December last year, the UP administration followed a zero tolerance policy against those spreading violence.

In his signature style of not mincing words. Here’s a list of five statements Yogi made summarising how UP tacked the threat of anti-CAA riots.

In the anti-CAA protests in December, the protesters engaged in arson. Several vehicles were set ablaze.

Soon after, Yogi promised to seize the property of every rioter and use its funds to repair the damaged public property.

He declared that under no circumstances will the state tolerate any rampage or vandalism and that there is no place for violence in a democracy. He also said that he was personally monitoring the situation.

Soon after, the police started the work of identifying the rioters via CCTV footage.

Lucknow and Firozabad police shared hundreds of pictures of rioters in action on social media and asked the public to help in their identification.

UP Police also released a video of the violence in Meerut during the protests against citizenship law in which the cops are seen being attacked by the protesters.

The administration sent notices to the people identified as violence makers, asking them to explain their position or pay for damage caused to public and private property.

In Meerut, one of the worst-affected, notices were issued to 517 arms license-holders and 400 arms licenses among these 517 which were pending renewal were put on hold.

Recently, the government ordered 114 protesters to cough up Rs 1 crore as reimbursement for the cost incurred by the state in making security arrangements.

“If someone is coming with an intent to die, then how will he remain alive?”

On 19 February, while referring to the deaths in December during the anti-CAA protests in the state, CM Adityanath said, “Agar koi marne ke liye aa hi raha hai to woh zinda kahan se ho jaayega.” (If someone is coming with an intent to die, how will he remain alive)

The state witnessed 20 deaths when the protests against the CAA 2019 turned violent on several occasions.

In the aftermath of violence, UP Police carried out raids at various places, and reportedly recovered 35 illegal weapons which were used during the riots to fire at the police.

The police also recovered 647 empty cartridges from various parts of the state.

In the recent Delhi violence, policeman Ratan Lal was killed by the rioters. A bullet injury was identified as the cause.

“We will talk to trouble-makers in the language they understand”

Amidst the criticism of police action against the protesters, Yogi Adityanath came out in support of the uniformed men.

"Police should be appreciated. If someone comes out to kill an innocent person and he is challenged by police, then either he or the policemen have to die. No one died of a police bullet. A big conspiracy was revealed behind anti-CAA protests," he said.

According to UP DIG, as many as 288 policemen were injured in violence that erupted across 21 districts and 62 of them suffered firearm injuries.

Yogi also clarified that his government was not against any democratic protests but will not spare those indulging in violence will not be spared.

“..those who try to undermine the law ... I am surprised... I have always said we will support any democratic protest. But if someone hides behind democracy to vitiate the atmosphere, if there is violence... woh jis bhasha main samjhega , us bhasha main samjhayenge (we will reply to them in their language)."

“No provision for relief in riot-related deaths”

In response to a question asked by Samajwadi Party, the 47-year-old CM said that there was no provision to compensate families of people who die in “riot-related deaths”.

He informed the House that 21 people had died in riots in the last six months, while 400 police personnel were injured in stone-pelting by protesters, and 61 suffered gunshot wounds.

The chief minister also questioned the protesters on their intent behind the use of “Aazadi” slogan.

“The police should be praised for their work after the December violence. There were no riots in the state," he added.

The CM also said that there is a big conspiracy to provoke violence in the state.