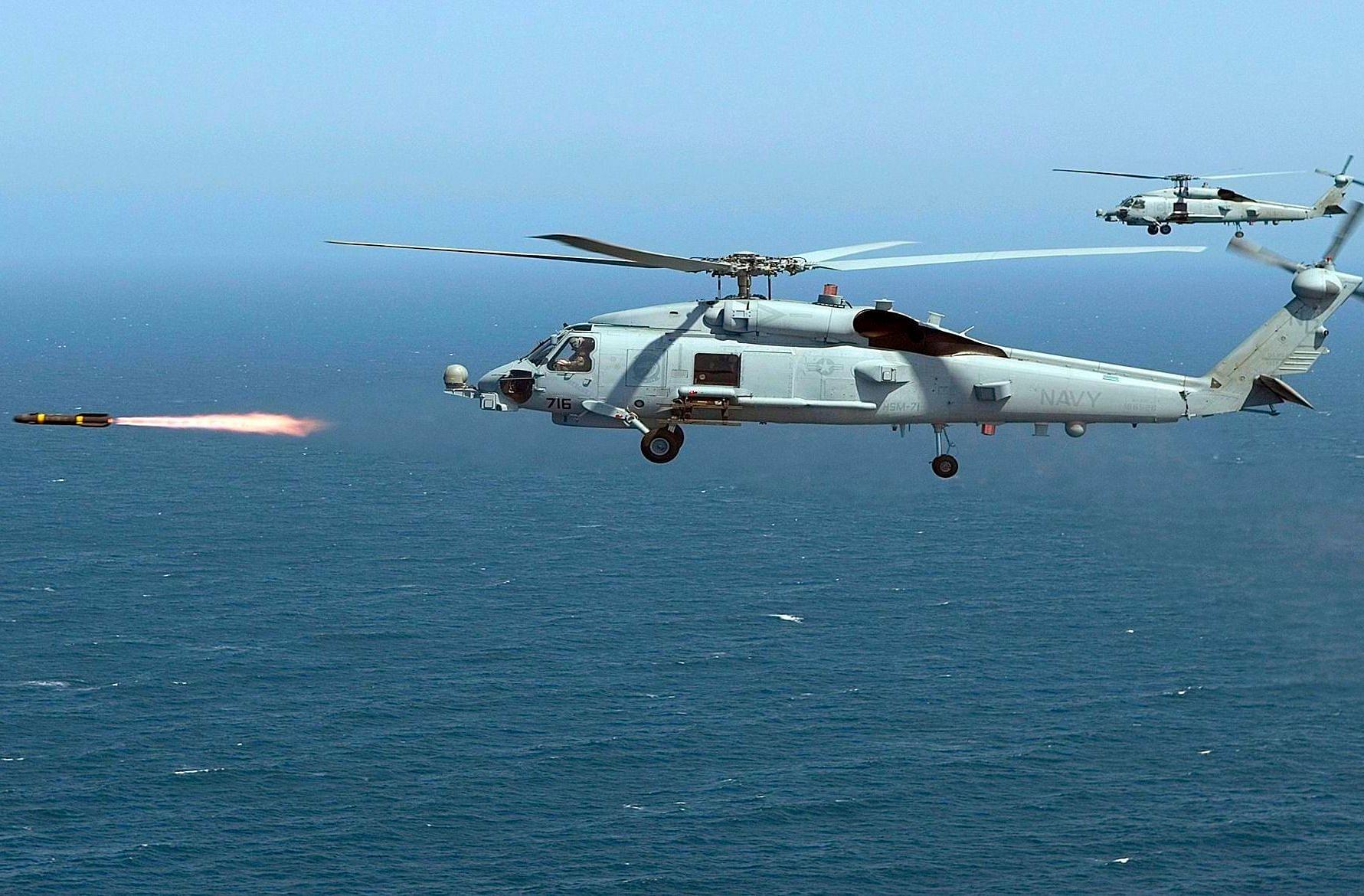 An MH-60R Seahawk of the US Navy firing a live Hellfire missile. (US Navy/Wikipedia)

With Covid-19 restrictions now being eased as the outbreak ebbs, and facing an aggressive China on the Line of Actual Control and in the Indian Ocean, the Indian armed forces are preparing to induct multiple platforms this year. Here are five platforms that are likely to enter service in 2021:

During US President Donald Trump’s 2019 visit to India, the two countries had signed a $2.6 billion deal for the supply of 24 MH-60R Sea Hawk helicopters to the Indian Navy. The first of these helicopters will be delivered this year.

The MH-60s will replace the Indian Navy’s obsolete Sea King anti-submarine helicopters inducted in the 1970s and 80s.

The Indian Navy’s MH-60s will be equipped with AGM-114 Hellfire air-to-surface missiles, the Kongsberg Naval Strike Missile with proven sea-skimming capabilities for the anti-ship role and Raytheon MK54 torpedoes.

These helos will also have Advanced Precision Kill Weapon System (APKWS) laser-guided rockets, which can be used to destroy targets with accuracy and minimum collateral damage. According to its maker, BAE Systems, APKWS “redefines precision” and gives a “low-cost surgical strike capability”.

INS Visakhapatnam, the first of the Project 15B destroyers, is currently undergoing sea trials. The lead Visakhapatnam-class destroyer is likely to complete sea trials this year and enter service in the Indian Navy before the end of 2021.

While INS Mormugao and INS Imphal have been launched in 2016 and 2019 respectively, INS Porbandar is still under construction. All three destroyers are likely to be in service by the end of 2025.

INS Arighat, India’s second ballistic missile submarine, is currently in the last stage of its sea trials and likely to join the sea leg of Indian nuclear triad this year.

The nuclear submarine, which was launched in November 2017 by the then Defence Minister Nirmala Sitharaman, is capable of carrying 12 K-15 or four K-4 submarine-launched ballistic missiles.

The Indian Air Force is likely to sign a contract with Hindustan Aeronautics Limited for the indigenously developed Light Combat Helicopter this year.

“We are awaiting contract signature. The delivery of the first 15 can happen almost immediately,” he said back then.

“We’ve already made structures for nine inhouse using HAL money. They only need to be equipped. Will take six months to deliver and we can do it before the stipulated time in contract. Will be the first time a delivery is happening well in advance to the users,” he said back then.

The delivery of the Russian-built S-400 Triumf missile defence systems will begin this year. India had signed a $5.4 billion deal with Russia in 2018 for the supply of five S-400 units to the Indian Air Force.

The missile defence system has already been inducted by China, which had signed a deal with Russia in 2015.

The S-400 missile defence system can be armed with four different missiles with ranges of 400 km, 250 km, 120 km and 40 km. It can track enemy targets up to a range of around 600 kilometres using its long-range radar.